Kim-Trump summit: is the world expecting too much from it?

Developments to date on the Korean Peninsula have been swift and positive, but the real test of peace and security in Northeast Asia hinges on what each side is willing to cede ground on when the two leaders meet. 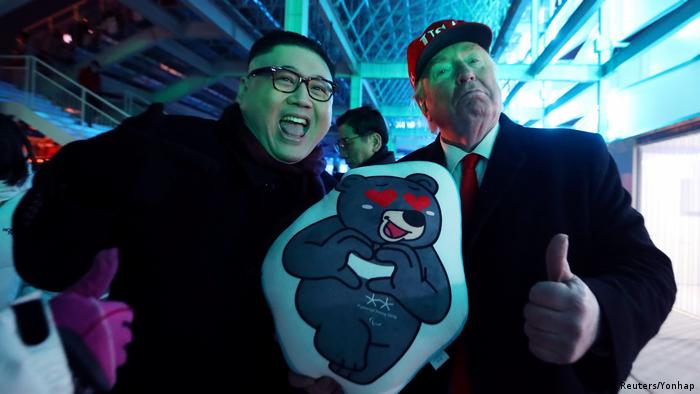 With the date and location of the first ever summit between the leaders of the United States and North Korea about to be announced, the two sides are jostling to make their positions on key issues clear  and both governments are suggesting that they could walk away from the best opportunity for a diplomatic breakthrough on the Korean Peninsula for more than 60 years.

An official of the North Korean foreign ministry on Sunday demanded that Washington drop its threats to use military force and economic pressure to force Pyongyang to the negotiating table, saying ultimatums will not force the North to give up its nuclear weapons or halt its missile programs.

Quoted by the Korean Central News Agency, the unnamed official said, "It would not be conducive to addressing the issue if the US miscalculates the peace-loving intention of the Democratic People's Republic of Korea (DPRK) as a sign of 'weakness' and continues to pursue its pressure and military threats."

The swipe at Washington was the first for several weeks and came nine days after Kim Jong Un had a successful first meeting with Moon Jae-in, the South Korean president, at Panmunjom. It also shows that North Korea will have its own demands of the international community when Kim finally meets President Donald Trump.

"Recently, the US is misleading public opinion, arguing as if the DPRK's clarification of its intention for denuclearization of the Korean Peninsula made through the Panmunjom Declaration adopted at the historic North-South summit is the result of so-called sanctions and pressure," the official said.

The North also criticized the deployment of US Air Force F-22 fighter jets to South Korea as a "deliberate provocation" at a time when peace is within reach, as well as Washington's inclusion of human rights issues in future discussions.

Trump, for his part, has stated that he is ready to simply walk away from the discussions if he senses that the North is not being sincere, while a number of senior politicians, diplomats and military officials have declared that they have little faith that Kim will actually follow through on his promise to scrap his nuclear arsenal and his long-range ballistic missiles.

Is the world ignoring North Korea's 'crimes against humanity'?

Sieren's China: A war of diplomacy on the Korean peninsula

"This looks very much like pre-summit theatrics to me," said Stephen Nagy, an associate professor of international relations at Tokyo's International Christian University.

"Both sides want to be in the strongest position and each has its own priorities, with the North focused on ensuring regime survival as its basic stance," he told DW. "And we have to remember they have been doing this for years, so they are very good at it. Once again, they are likely to ask for the stars but still do pretty well by getting the clouds."

"But Trump is doing the exact thing by threatening to walk away and go back to maximum pressure if he does not get what he wants," Nagy added.

Nagy believes that Kim has played a relatively weak hand extremely well, holding talks in Beijing with Xi Jinping ahead of his meeting with Moon and a summit with Trump expected before the end of June. The North's charm offensive has already paid dividends, with recognition for the regime and the South and China inching towards relaxing some of the sanctions that have so crippled the regime.

But Nagy believes that Kim will try to wring even more from the international community in return for abandoning his nuclear program.

"I think he will ask for the joint US-South Korean military training to be cancelled, with the US probably consenting to move it elsewhere on the peninsula that is further away from the Demilitarized Zone, and he will want developmental aid to help build the North's economy," he suggested.

"Kim will also probably call for international sanctions to be lifted, a peace agreement to be signed to supersede the Korean War armistice and a non-aggression pact, probably co-signed with China to serve as a guarantor of the North," Nagy said.

Opinion: Hand in hand into no man's land

Daniel Pinkston, a professor of international relations at the Seoul campus of Troy University, believes the North's criticisms of the US may indicate a hardening of attitudes in Pyongyang and a hint that Kim is going to drive a hard bargain when he meets Trump.

"This is consistent with the North's worldview and ideology for many decades, so perhaps we should not be surprised that they have gone back to this sort of rhetoric," he said.

And while it is "virtually impossible" to predict the outcome of the Kim-Trump summit and whether the two leaders will even get on when they finally meet, Pinkston is not optimistic that present developments on the peninsula are going to lead to a sea-change in the short term.

"I'm skeptical that things will go as well as some people are predicting, although we do have to ask what the criteria for success is for each side," he said. "My feeling is that we have to be realistic and not set the bar too high because a clear failure could lead to a total collapse of all that has been achieved to date and a return to the posturing, attempted coercion and the heightened risk of conflict that we were in not many months ago."