North Korea has altered its time zone to that of South Korea, as a step towards unity. The presence of two clocks at previous talks between North and South had apparently made Kim Jong Un feel sad. 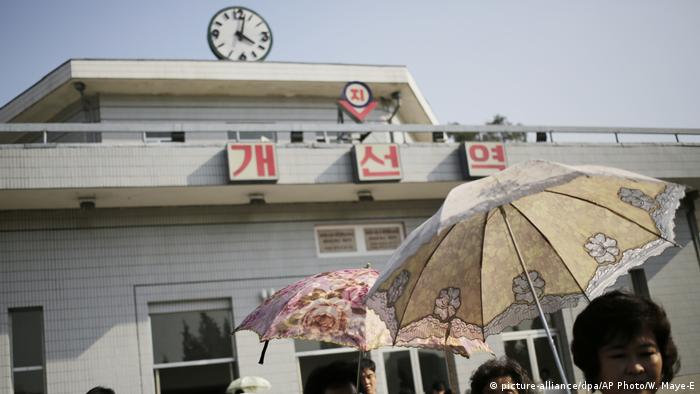 Pyongyang announced on Saturday that it was moving its clocks forward by 30 minutes, to correspond with the time on Seoul's side of the border.

The measure was proposed at a summit last week between South Korean President Moon Jae-in and Kim Jong Un at the Peace House venue on the countries' shared border.

At the meeting, the South's presidential spokesman Yoon Young-chan said Kim had expressed regret that there were two separate clocks  at the venue.

"I feel sad to see that there are two clocks hung on the wall of the Peace House, one for Seoul time and the other for Pyongyang time," Kim was quoted as saying by Yoon.

Despite their differences, both countries had used the same time zone — also used by Japan — for decades. North Korea set its clocks back in 2015, at a time of heightened tensions grew over the country's nuclear missile and weapons program.

"Since it is us who changed the time standard, we will return to the original one. You can make it public," Kim reportedly added at the summit, where ​the two leaders agreed to pursue peace on the peninsula.

The official reason given for the 2015 change was that it wanted  to end the legacy of Japan's colonial rule of the Korean Peninsula between 1910 and 1945.

Pyongyang's Korean Central News Agency said the resynchronization was "the first practical step" since the summit "to speed up the process for the North and the South to become one and turn their different and separated things into the same and single ones."

According to South Korea, Kim has said he would give up his nuclear weapons if the US committed to ending the Korean War, and promises not to attack the North.

After a difficult 2017 that saw US President Donald Trump threaten the North with "fire and fury" and brand Kim a "Little Rocket Man", 2018 has brought something of a diplomatic thaw.

At the Winter Olympics in South Korea's Pyeongchang in February, teams from both Koreas marched under a unified flag at the opening ceremony. The games also saw the two countries field a combined women's ice hockey team.