Kenya vs. Djibouti: Who will represent Africa on the UN Security Council?

Africa usually speaks with one voice when it comes to electing representatives on the world stage. So why are Kenya and Djibouti tussling over a seat on the UN Security Council? 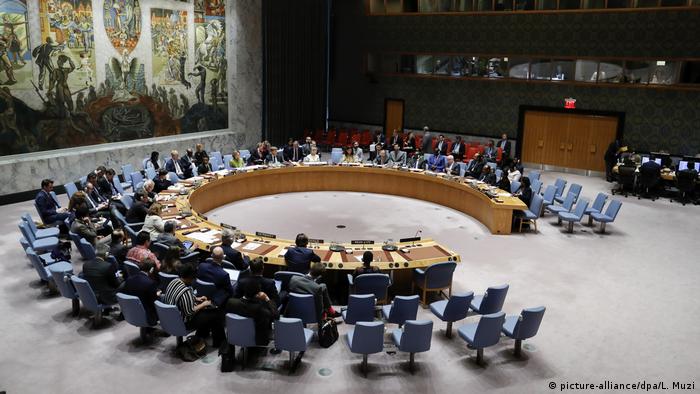 United Nations members voted in four new members of the powerful Security Council in New York on Wednesday, but failed to decide on which African nation should fill the African regional seat up for grabs.

In Wednesday's vote, Kenya received 113 votes while Djibouti got 78. With both failing to gain the two-thirds majority needed to win the Africa seat on the council, the two countries will face off on in a second round of voting on Thursday morning.

In the past, African nations have unanimously backed a single candidate. This year though, both Kenya and Djibouti are vying for the seat, currently occupied by South Africa, which will become vacant in January 2021.

Kenya thought it had an early edge

Back in February, Kenya thought it already had the seat in the bag: In a secret ballot in February, African Union member states nominated Kenya ahead of Djibouti, with 37 votes to 13, as their candidate for the seat.

But then the AU's headquarters in Addis Ababa received a letter from Djibouti.

The small French and Arabic-speaking country in the Horn of Africa demanded that the AU reconsider its decision. According to Djibouti's ambassador to the UN, the AU's support for Kenya is against the rules. During the vote, concerns were raised that if Djibouti were to be elected, then Africa would be represented by three francophone countries in 2021, with Niger and Tunisia filling the other two African seats.

In the letter, Djibouti dismissed these concerns as absurd.  After all, this has happened before: Most recently in 2001, when Mali, Mauritius and Tunisia were represented on the UN committee at the same time. 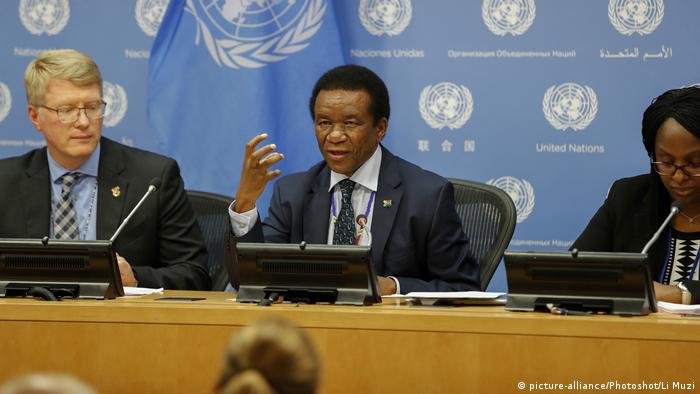 Jerry Matjila, the permanent representative of South Africa to the UN, speaks at UN headquarters in New York

The diplomatic fronts hardened in the days before Wednesday's UN General Assembly vote because Djibouti continued to refuse to withdraw its candidacy.

Roba Sharamo, director of the Institute for Security Studies in Addis Ababa, suspects geopolitical causes behind this. "Djibouti is likely to be urged by foreign powers to maintain his candidacy against all odds," said the security expert. "There were suspicions that maybe some French-speaking countries are behind it, but now it's becoming more and more clear that China is pushing Djibouti."

In any case, Africa is giving a mixed picture, which isn't a good look for the continent. "I think ideally Africa should speak with one voice and only present one candidate," says Sharamo.

Is China behind the conflict?

Kenyan political scientist Martin Oloo does not believe the alleged dispute between Francophone and Anglophone countries is the main issue in this case. "The AU wanted to encourage only one country to run," he told DW. "That we have two countries now explains the big division between the west and the east."

Kenya — the candidate for the West — enjoys support from the US and most European counties. Djibouti, meanwhile, is the candidate of choice for China and Russia, which would work with it in many areas on the UN level.

The importance of having three African, non-permanent members of the UN Security Council should not be undervalued, emphasizes Oloo: "China wants to keep this group, which is known as A3."

China already exerts significant influence over both Djibouti and Kenya. But if push comes to shove, Oloo believes China would probably side with Djibouti. 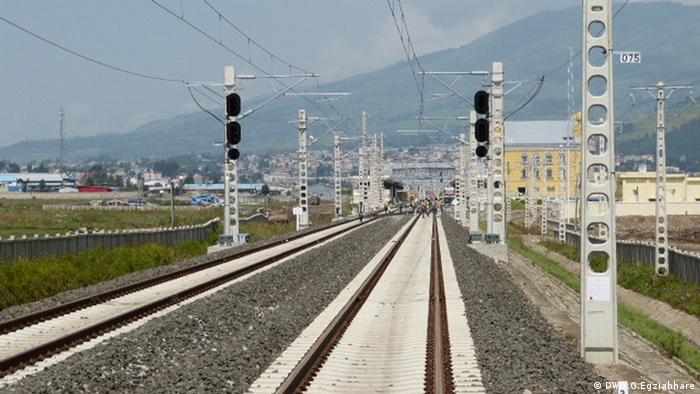 China is financing and building the Addis Ababa-Djibouti railway project

Both countries claim their candidacy is being supported by China. Experts view this as a sign of China's growing influence in Africa.

"Both Kenya and Djibouti have maneuvered themselves into being greatly dependent on China," says Sharamo. "China is Kenya's largest creditor and also operates the largest ports in Djibouti."

As a permanent member of the Security Council, China has been reluctant to speak out about this diplomatic conflict, instead declaring that it intends to "support Africans in resolving African problems in an African way."

Africa: The game ball of the great powers?

So what role could African countries like Kenya or Djibouti play in the Security Council?

"The balance of power in the Security Council is very clearly distributed," explains Oloo. "On the one hand there is the US, which is mostly supported by the Europeans, and on the other hand, the Russians work in tandem with China."

Oloo believes that so far, the African countries who have taken up seats on the council have been unable to formulate and implement their own interests. Even South Africa, who will leave the council at the end of the year to be replaced by Kenya or Djibouti, has failed to set its own course over the past two years, he adds. Liesl Louw-Vaudran from the Institute for Security Studies in Pretoria, South Africa, sees it differently.

"South Africa achieved a lot in terms of strengthening the A3," she tells DW. "In the beginning of 2019 there was some controversy in the UN Security Council around the elections in DR Congo, but after that the South African diplomacy contributed to an independent African position."

However, South Africa joined the Security Council at a difficult time, she points out. The elections in DR Congo left little room for other issues and since 2020, the work of the South African diplomats have been significantly limited due to the COVID-19 pandemic, she adds.

There are already enough issues that Africa urgently needs to resolve at the UN level, says Sharamo, yet the voice of African states remains barely noticed.

"Africa has long called for reform of the Security Council," explains Sharamo. "I think the African continent is a major player in the world and at the same time is a continent which is hosting a lot of peacekeeping missions. I think it is time to have an African country as a permanent UN Security Council member, as the world becomes more and more interdependent."

Oloo has a more pessimistic outlook and does not think anything will change following the election of Africa's next representative on June 17: "Regardless of whether Kenya or Djibouti wins the vote, Africa will remain a disunited continent and therefore a 'game ball' of the great powers."