Djibouti military base ′a manifestation of China′s global interests′ | Asia | An in-depth look at news from across the continent | DW | 12.07.2017

Djibouti military base 'a manifestation of China's global interests'

While Beijing does not want to use the term "military base" for its Djibouti installation, the US sees it as part of China's military expansion. In a DW interview, expert Bernt Berger explains what it actually is. 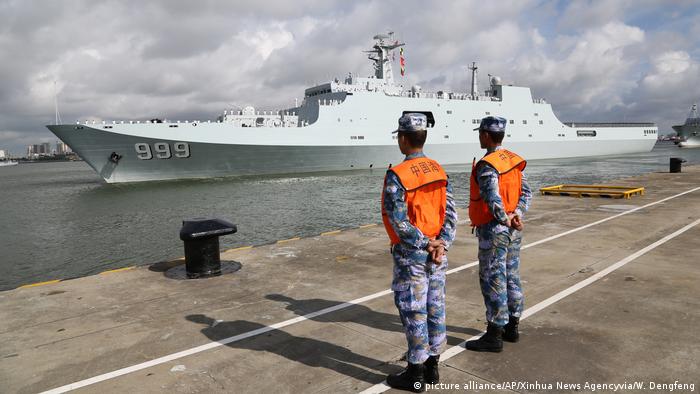 Chinese troops have departed to begin setting up the country's first overseas military base, in Djibouti, on the Horn of Africa. But China has officially designated the Red Sea base as a logistics facility.

"The base will also be conducive to overseas tasks - including military cooperation, joint exercises, evacuating and protecting overseas Chinese, and emergency rescue, as well as jointly maintaining security of international strategic seaways," the state news agency Xinhua reported on Wednesday, but did not announce when operations would formally begin or how many troops the country had sent.

The United States, France, Japan, Italy and Spain already have bases in Djibouti, which borders Eritrea, Ethiopia and Somalia, and is a vital port and a model of stability in an otherwise volatile region. Saudi Arabia has begun construction on one. 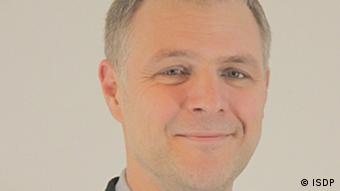 Bernt Berger: 'The US will increasingly need to get used to Chinese commercial and military naval bases in the neighborhood of its own installations'

China's foreign ministry spokesman, Geng Shuang, says the base is "primarily used for the better fulfillment of international obligations.

"China is committed to peaceful development. China's defense policy is defensive in nature. This has not changed."

The US Department of Defense said in a June report that the strategically-situated Chinese base, "along with regular naval vessel visits to foreign ports, both reflects and amplifies China's growing influence, extending the reach of its armed forces."

The Chinese defense ministry rejected the assessment, saying "China is not doing any military expansion and does not seek a sphere of influence."

In an interview with DW, China expert Bernt Berger talks about China's main motives and objectives for establishing the Djibouti base.

DW: Why was it important for China to build a military base in Djibouti?

Bernt Berger: The installation of a military base in Djibouti is an indicator for the global expansion of Chinese security and economic interests. International investments bring along Chinese citizens who might need protection, as it was the case in Libya or Yemen.

China is expanding its role in international peace and stabilization missions and needs logistic hubs for this purpose. Beijing has been involved in counter-piracy missions at the Horn of Africa and the Gulf of Aden since 2008. Overall, as a country with an export-oriented economy and with major international logistics companies such as COSCO, China has an interest in securing sea lanes.

In doing so, China does not want to rely on local infrastructure in other countries in supplying its operations or providing equipment. Geographically, Djibouti is ideally located for these purposes.

As evident in Chinese media, President Xi Jinping's government refrains from calling the Djibouti infrastructure a "military base;" it rather uses the term "support base." Why so?

Beijing wants to avoid any strategic connotations that would hint at any kind of projection of military might in the region. This is understandable for two reasons. First, this is not the primary purpose of the installation. The base is intended for the logistics of already existing operations in the region. This concerns counter-piracy, peace operations and evacuation operations. Second, since the Iran nuclear deal, China has been increasingly drawn into regional affairs and rivalries in the Middle East. It has no intention to send the wrong signals about becoming a regional status-quo power or taking any sides.

Of course, the possibility cannot be ruled out that the Chinese military is using the base for surveillance.

No matter what wording China officially uses, there is one message that Beijing cannot avoid: Chinese military presence and interests are global and they will manifest in bases such as this one. Joint military exercises such as those that China has been holding with Russia since 2015 in the Mediterranean Sea raise eyebrows.

The United States also has a military base in Djibouti. Should Washington be concerned that there is a Chinese base in close proximity of its own installation in Djibouti? How would President Donald Trump's administration look at the situation?

The US will increasingly need to get used to Chinese commercial and military naval bases in the neighborhood of its own installations. This has already been the case in Northern Australia. Djibouti is a natural choice for a base because of its proximity to the major bottlenecks in international maritime traffic.

For the time being, there is little that the US government can do about this development. Besides, the US and China are cooperating in counter-piracy missions. The question is how they will reconcile the two trends that they are strategic competitors in East Asia while they cooperate on common interests elsewhere.

Bernt Berger is the founder of the Berlin-based Engagement Policy Centre. He has two decades of work and study experience in China and broader Asia, focusing on issues of foreign and security policy, political development, conflicts and regional security.

The interview was conducted by Shitao Li.