A new report by McKinsey Africa says China's engagement with Africa is more than thought before, and its investments could triple in the next ten years. 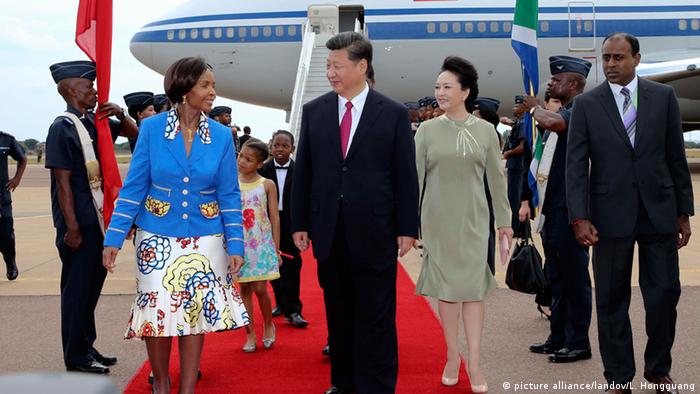 According to the report, the China-Africa relationship ramped up over the past decade with trade growing at around 20 percent per annum. This means no other country matches this level of engagement.

The report found that there are already over 10,000 Chinese firms operating in Africa—four times the previous estimate. About 90 percent of these are private companies of all sizes and working in diverse sectors, with about a third in manufacturing. According to Omid Kassiri, the McKinsey & Company Partner, these firms are bringing capital investment and entrepreneurial energy to the continent. And in so doing, are helping to accelerate the progress of Africa's economies.

DW: What are some of the components of the report?

Omid Kassiri: What we observed is that China has become increasingly involved in Africa. That is not a surprise to anyone, but very few people understood the full extent and nature of this engagement. So, our study was focused on trying to understand and put numbers and facts behind the relationship that is emerging between China and Africa. In a nutshell, what we found is that China is now, by far, the largest economic partner of Africa. But what is surprising is that China's involvement is so much bigger, deeper and more multifaceted than previous analysis suggested. For example; we found that there are over 10,000 Chinese firms already operating in Africa, four times more than anyone had previously estimated. No one had spent the time to go and do this type of research, which is what we were seeking to address. First, we found that there are many more companies operating in Africa than anyone else had estimated, and in a far wider range of areas than people knew. We found out that of the 10,000 Chinese companies 90 percent of them are in the private sector. The impact of all this activity is that it is mostly positive regarding jobs, regarding Foreign Direct Investment- concerning technology transfer. However, there's room for improvement where there have been some challenges. And further, the last real thought is that even though there has been such an explosion of activity between the two, we believe that there is significant space for there to be an increase. At the moment about $180 billion (158.4 billion euros) worth of business is being done on the continent. We believe that could grow to $440 billion by 2025.

It's interesting that you ask it as a question because most people come in with the assumption that Chinese companies do a lot of construction or they do trading. What we found surprising is that the bulk Chinese companies are in manufacturing. They have built plants; and are manufacturing products in Africa.

This already accounts for 12 percent of Africa's manufacturing output today.  It would appear that they have brought their manufacturing muscles from China to Africa, whereas in China a lot of it was for export purposes in Africa. A lot of it is meeting domestic needs and consumption.

What can be done to avert a possible bad ending between China and Africa?

We came up with ten different ideas that we felt both sides, China and Africa should think about, to ensure that the positives that we have seen are built upon. First and foremost, is the fact that when you recognize that China is your single biggest economic partner you should have a strategy towards them. It's the same with any business. 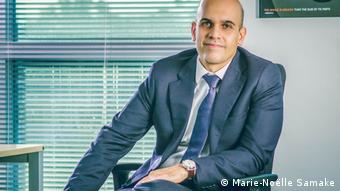 We need a plan, and it's not just about being taken advantage of, it's also about how you make the most of the opportunity that is there for you. In our work, we found that of all the eight countries that we research; two had come out with a decent way of developing their China strategy. Ethiopia was one of them, and South Africa is another. Other countries have not developed a coherent, robust strategy to think about some areas including how they should engage with the Chinese on infrastructure, in order to promote their industrialization agendas, how they should engage the Chinese on aid matters. A significant recommendation is that African countries should absolutely develop their Chinese strategies. We found very few cases of countries which had established a central China desk or that ensured that they had local Chinese speakers placed within their organizations in strategic places where they could help to communicate and understand the Chinese culture in the way of doing business.

By 2025 Chinese firms could be earning revenues worth $440 billion, from $180 billion today. It is said that much of the profit is repatriated back to China. Where does this leave Africa's economy in general?

Actually, what we found is that a lot of it is not repatriated to China. The profits that they are making on the continent are used to reinvest to build their companies on the continent. You have to bear in mind that China has become a very competitive economy. The reason many of these private sector firms are in Africa is that their margins are higher in Africa than they are in China. So it lends itself to the logic that they would keep a lot of their profits and reinvest on the continent which is what we see quite a bit.

Human rights activists have reported in recent days that Chinese firms exploit their employees. Did you find anything to that effect?

You know it wasn't really in the scope of the study to do a social portion, but we apparently did look at all of the material that was there, and yes there are examples of labor violations that we saw. It is neither nearly as prevalent nor as widespread as you know some of the narratives would suggest, because if it were our governments would have made a much bigger noise about it. But we did see a few examples of it, and it's in those cases that we would suggest that ensuring that the ethical business guidelines extended to Chinese companies on the continent are adhered to.

The past decade has been characterized by the rise of the large emerging nations in the world economy. BRIC countries have developed into major economic actors and the old North-South divide is disappearing. (04.08.2011)