Congo election results delayed as US deploys troops to Africa

The results of last weekend's presidential vote in the Central African nation will be delayed by a week, the electoral commission has announced. The Catholic Church has warned of a popular "uprising" over untrue results. 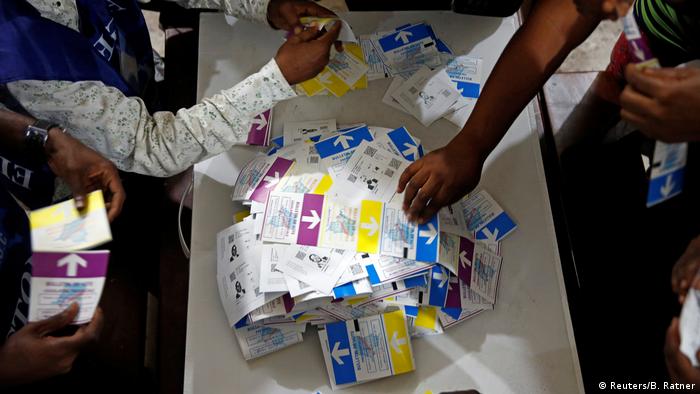 The first vote tallies from the December 30 presidential election in the Democratic Republic of the Congo will be delayed past Sunday's deadline, the head of the election commission has said.

Electoral authorities announced that less than half of the ballots had been counted as of Saturday night.

The election was stalled by delays and irregularities which triggered a violent political standoff that left dozens dead across the country. Both domestic and international observers appealed to the government to step up its efforts toward a peaceful electoral process.

Georges Kapiamba, president of the Congolese Association for Access to Justice (ACAJ), told DW in the days before the vote that there had been numerous "violations of human rights" and serious irregularities in electoral preparation.

Western powers have upped the pressure on the Congolese government to release accurate election results. The Carter Center — an NGO founded by former US President Jimmy Carter to help advance democracy — said in a statement issued on Saturday that it understands if vote counting "might require a few extra days." 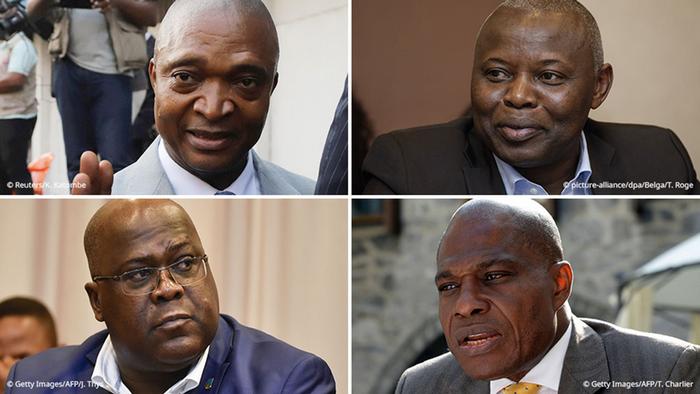 However, the former president urged the Independent National Electoral Commission (CENI) to "ensure that the final results reflect the will of the Congolese people as expressed at the polls."

Carter's comments echoed calls from Washington and the African Union, among others, urging Congo to release results that reflect the true will of the people. The US has threatened sanctions against those who undermine the democratic process.

Western election observers, including those from the Carter Center, were not invited to watch the proceedings. The Catholic Church, however, deployed some 41,000 monitors who reported a clear winner on Thursday.

The Church did not announce a name, as regulations specify only CENI can announce election results. CENI responded, however, by saying the announcement could incite an "uprising."

Ahead of the expected results, US President Donald Trump deployed military personnel to the region. In a letter to Congress, Trump said the troops were sent in response to "the possibility that violent demonstrations may occur" in reaction to the outcome.

The US had ordered "non-emergency" government employees and family members to leave the country ahead of the vote, and issued a warning to its citizens to avoid large crowds and demonstrations.

Congo's last two elections in 2006 and 2011, both won by longtime leader President Joseph Kabila, were marred by bloodshed, and many have feared a repeat if the results are placed in doubt.

Dozens of protesters were killed by DR Congo security forces in 2017 in what the UN described as quashing dissent at all costs. The violence threatens peaceful and free elections. (19.03.2018)

Unrest has flared after Congo's three-times delayed election was postponed again in three areas until March. Opposition politicians say the reasons given — militant violence and an Ebola outbreak, aren't credible. (27.12.2018)