The US Vice President ended her Asia tour by speaking out against Vietnam's crackdown on activists and journalists. At the same time, Harris reaffirmed US engagement with regional allies on countering China. 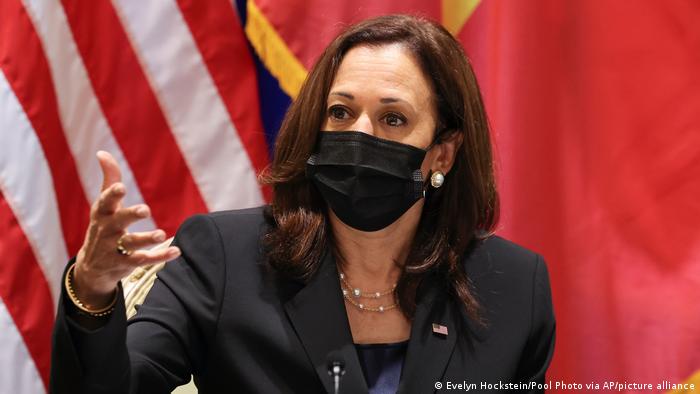 US Vice President Kamala Harris wrapped up a weeklong trip to Southeast Asia in Vietnam on Thursday, saying she had pressed Vietnamese leaders on human rights issues and crackdowns on political dissent

Harris, the first sitting vice president to visit Vietnam, said the US was not going "to shy away from difficult conversations" at a news conference in Hanoi.

"Difficult conversations often must be had with the people that you otherwise may have a partnership with," Harris said.

During her visit to Vietnam, Harris participated in what her team called a "changemakers" event, meeting with civil society activists working on LGBTQ rights and climate change.

She added it was important to take on challenges collaboratively and to empower leaders in the region. 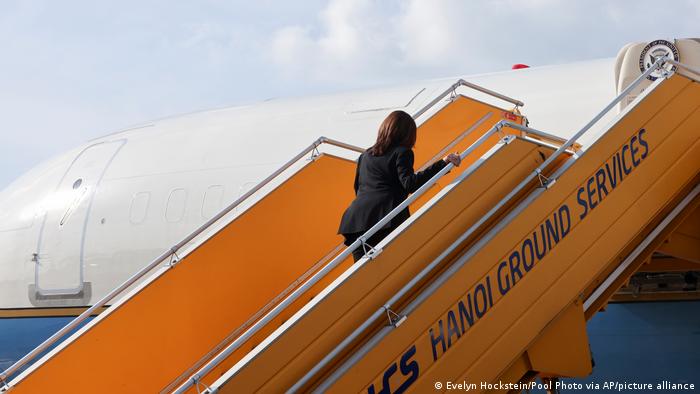 Vietnam currently ranks 175 out of 180 on the Reporters Without Borders (RSF) press freedom index, and its Communist government is known for arresting independent bloggers and activists criticizing the government.

Harris also said she spoke with Vietnamese leaders in particular about the release of political dissidents, but did not specify the outcome of the conversations.

In one of the latest cases, a court in south-central Phu Yen province sentenced a man to 10 years in prison for "engaging in activities to overthrow the people's administration."

Despite the criticism, Harris' historical visit to Vietnam is part of a larger push by the Biden administration to demonstrate US engagement in the region to Asian allies concerned about the continued rise of China.

Vietnam, and other countries on the South China Sea, frequently butt heads with Beijing over China's sweeping maritime claims.

"We welcome stiff competition, we do not seek conflict, but on issues such as the South China Sea, we are going to speak up," she said.

After Harris' press conference, The Global Times, a Chinese Communist Party tabloid, said the US was "dreaming" to incite Vietnam to confront China.

At the beginning of the tour in Singapore last week, Harris slammed China  for using coercion and intimidation tactics in the South China Sea, setting out the narrative for the rest of the tour.

She flew to Vietnam on Tuesday evening. On Wednesday, besides offering US support for strengthening Vietnam's maritime activities, Harris also announced the US would be donating a million COVID vaccines to the nation.

Vietnam is currently reeling under a COVID surge. It has vaccinated less than 2% of its population.

Kamala Harris became the first US vice president to visit Vietnam. She has urged action against "bullying" by Beijing amid tensions in the South China Sea.