Vietnam: Human trafficking on the rise amid COVID 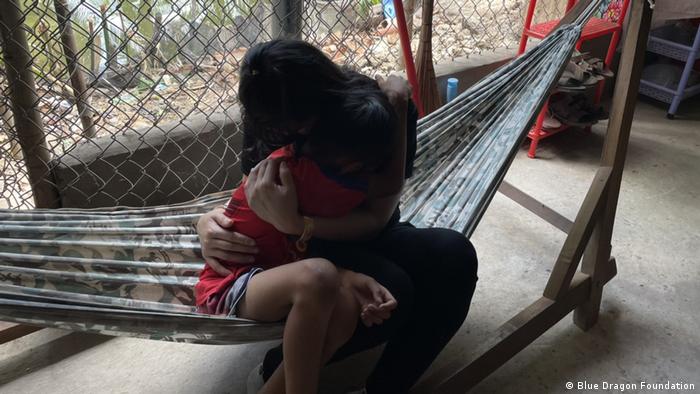 A surge in COVID-19 cases in Vietnam has prompted a spike in human trafficking and smuggling as people become more financially desperate, rights organizations have warned.

Despite Vietnam's closed borders amid the pandemic, traffickers and smugglers have found new ways to transport people not only within the country but also across borders, they added.

Michael Brosowski, co-founder of the Hanoi-based Blue Dragon Foundation, a child rescue organization, said most trafficking cases he has been handling involve girls and women from ethnic minorities.

Clusters of COVID-19 infections have flared in the industrial northern province of Bac Giang.

Brosowski said there have been reports of teenage girls being trafficked into karaoke bars, which are allegedly fronts for brothels.

"The karaoke bars are serving workers in those industrial zones and that's also where COVID-19 has taken off, so I think there is a link between the two crises and this shows the need for better regulation of major industrial sites like these," Brosowski told DW.

Brosowski said that even though Vietnam's borders have been shut, trafficking and smuggling still occurs into neighboring China.

In the past year, over 70 people have been rescued by Blue Dragon from within China. The organization marked its 1,000th rescue in January. Chinese and Vietnamese authorities have been cooperating to rescue and return trafficking survivors to their hometowns. 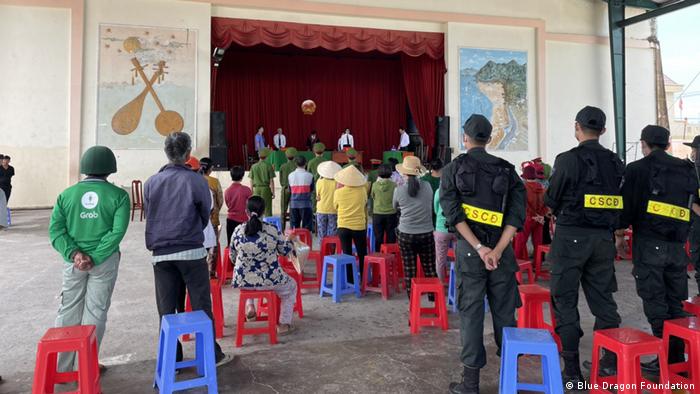 A human trafficking case tried through a circuit court, so the community can learn first-hand about the risks of trafficking

According to local Vietnamese media reports, pregnant women under economic hardship have crossed illegally into China with the help of smuggling networks. Their babies are then sold.

Brosowski said that as China has increased its community surveillance systems in recent years, authorities have found people who were trafficked between 10 and 30 years ago.

"We dealt with a situation recently where someone had been trafficked 20 years ago and who was probably a teenager at the time, and in those cases, that survivor is going to require pretty intensive care for a long time," said Brosowski, adding that girls and women from Vietnam continue to be trafficked into China as would-be-brides.

According to Brosowski, the military takeover in Myanmar has made the Southeast Asian country a hot spot for traffickers under the presumed lack of law enforcement.

"Traffickers are directly exploiting the chaos of the military takeover, so that is a new development we are dealing with."

Diane Truong is the director of communications at Pacific Links Foundation, a counter-trafficking organization that also deals with reintegrating and empowering survivors.

"We are very much centered on women and youth empowerment and we view trafficking as a development issue," Truong, who is based in California, told DW.

"We conduct training with schools, factory workers and their managers, and we also have an app that we have launched specifically focused on migrant workers which helps them to make better life decisions," said Truong. 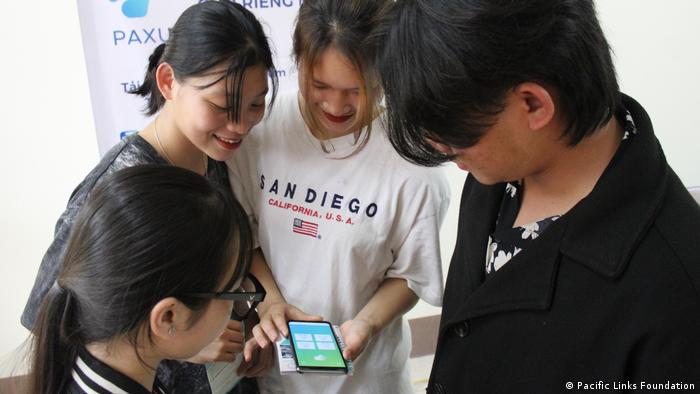 Pacific Links has launched the new app, PAXU, which aims to inform migrant workers about living conditions and risks

Truong said the foundation is also dealing with Vietnamese being trafficked or smuggled throughout Europe.

The German capital Berlin has been an important center for the human trafficking and smuggling network.

In March last year, German police carried out a series of raids across the country in a crackdown against a gang of suspected Vietnamese smugglers.

During the crackdown, police issued 13 arrest warrants and took six suspects into custody. They are wanted on charges relating to the smuggling of at least 155 Vietnamese people to Germany dating back to 2018.

The people were flown first from Vietnam to Eastern Europe. From there they were transported via different routes to Berlin as well as across Germany and to other countries, including France, Belgium and the UK.

The people smugglers are thought to have received between $5,000 (€4,496) and $20,000 (€17,985) for each smuggling operation. The smugglers kept people in a network of safe houses until they had paid the price for the flight and visa.

"Of course, the other thing that we've been working on is our capacity building training in Europe, so doing training for frontline responders, including law enforcement and social workers, and collaborating in supporting potential victims," Truong said.

Myanmar's COVID-19 border closure and the recent coup have driven workers to desperation. This investigation into Thailand's fishery industry was made possible by the Pulitzer Center and Democratic Voice of Burma.