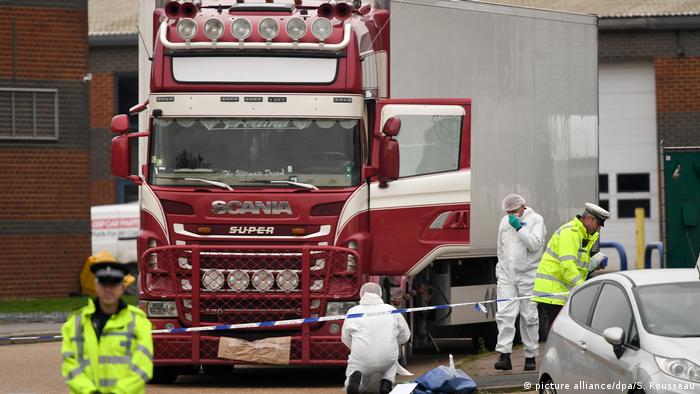 In October 2019, the bodies of 39 Vietnamese migrants were found in a truck at a port near London

A court in the UK sentenced several men to prison on Friday after they were convicted for their roles in the 2019 deaths of 39 Vietnamese migrants.

The men were given prison terms ranging from 13 to 27 years for involvement in a people-smuggling plot that led to their deaths.

In October 2019, the victims — who ranged in age from 15 to 44 — slowly suffocated inside a container in the back of a truck that was discovered at an industrial port near London. The case sparked widespread outrage.

Two defendants were identified as the ringleaders of the smuggling group: Gheorghe Nica, 43, and haulier boss Ronan Hughes, 41.

Nica was sentenced to 27 years in prison while Hughes was handed 20 years.

The judge also ordered that the men serve two-thirds of their sentences in custody, rather than the more customary 50%.

Three other men involved in the group were also handed prison terms from three to seven years. They'd previously been found guilty of conspiracy to assist unlawful immigration. 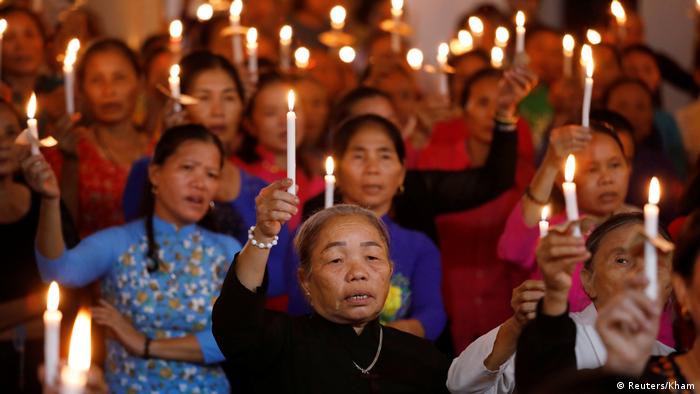 Memorials for the victims were held in Vietnam

In late October 2019, the 39 victims were found dead inside a container in the industrial port of Purfleet near London.

They'd been driven from Dunkirk in France to Zeebruggee in Belgium, where the truck was then loaded onto a Britain-bound ferry.

The container's cooling system had been shut off, leaving the migrants to endure scorching temperatures in the airtight container.

The migrants slowly and painfully suffocated to death inside. One forensic expert testified that the would have taken around nine hours for the air in the container to turn toxic.

During the trial, police said voice messages and texts recovered from the victims' mobile phones showed that they tried to raise the alarm, but were unable to get a signal in the container.

Recordings of their final messages to family members back home were played in court. In one message, a man gasped for air as he told his loved ones: "I can't breath. I want to come back to my family. Have a good life."

Police in France and Belgium have arrested more than two dozen suspects over the deaths last year of 39 Vietnamese migrants in the UK. The suspects are accused of belonging to an illegal smuggling organization.

The pair were part of a gang of human traffickers who offered a "VIP" service to smuggle migrants into the UK. Prosecutors labelled them as "unscrupulous" and "greedy."

The migrants were found dead in a refrigerated truck in the United Kingdom in 2019.