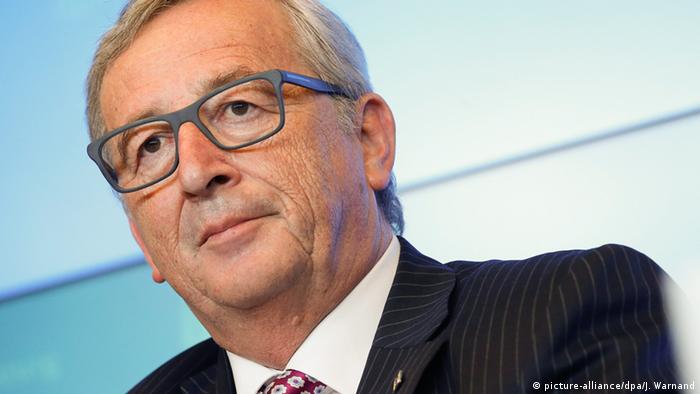 "I have no illusion that what we're experiencing now will soon belong to the past," Juncker said in the town of Passau in southern Germany, where he visited a migrant reception center on the border with Austria.

"We have to tell people that this is not a temporary situation, but something that we will have to live with for years," he added.

Juncker stressed that Europe "can manage this" despite the continent's struggle with its biggest migrant influx since World War II. EU countries are split on how to tackle the challenge. While Germany has opted to open its doors to those fleeing war, particularly Syrians, Hungary has built wire fences to keep migrants out.

In what seemed to be a reference to the Berlin Wall, Juncker said: "We don't need new walls in Europe and definitely not between EU member states."

"Europe had a wall for long enough," he stated.

Juncker also addressed Europe's attitude toward Russia in his speech. The European Commission chief said Europe needed to improve its relationship with Moscow, stressing that the West had to "treat Russia properly" and address it as an equal. 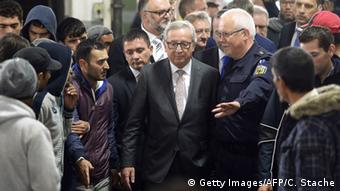 "We must make efforts towards a practical relationship with Russia. It is not sexy but that must be the case, we can't go on like this," he said. Juncker also stressed that Russia had to "make huge advances", adding that its actions in Crimea and eastern Ukraine were unacceptable.

The EU, along with other Western nations, imposed sanctions on Russia over the Ukraine crisis last year, which began with Russia's annexation of Ukraine's Crimea region and continued with its supposed support of rebels in the country's east - something Moscow denies doing.

Tensions have flared up again recently over Moscow's military action in Syria. Russia began a bombing campaign in Syria last week, radically changing the course of the four-and-a-half-year conflict in the country and providing a massive boost to the regime of President Bashar al-Assad.

Last week US President Barack Obama had accused Russian President Vladimir Putin of acting out of a position of weakness to defend a crumbling, authoritarian ally in the Syrian leader, while labeling Moscow a mere 'regional power' amid the escalating conflict.

"I know from my conversations with Putin that he (does not accept) phrases like when Barack Obama said Russia was a regional power. What does that mean? You can't talk about Russia like that," Juncker said.

European lawmakers have backed European Commission President Jean-Claude Juncker's proposals for coping with a massive influx of migrants. The vast majority of the people on the move have been heading for Germany. (10.09.2015)

The European Union suffers from a lack of unity, EU Commission President Jean-Claude Juncker has said in a state of the union speech. How the EU addresses today's refugees will be a defining moment for the bloc. (09.09.2015)