German-Turkish journalist Deniz Yücel, who was jailed in Turkey for spreading "terrorist propaganda," has demanded compensation for his "unlawful detention." Despite his release, Yücel still faces a trial in Turkey. 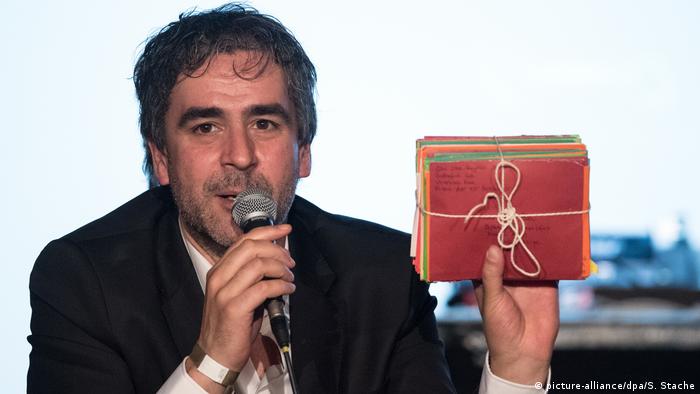 In a short message on Twitter, media watchdog Reporters Without Borders announced Wednesday that German-Turkish journalist Deniz Yücel will sue Turkish authorities for detaining him "unlawfully."

The Turkish branch of the Paris-based organization said that Yücel is demanding one million Turkish liras (€130,000, $152,000) in damages for his detention.

The correspondent for German daily Die Welt will be represented by his lawyer, Veysel Ok. The hearing is set for September 25 in Istanbul.

It is the first time a journalist has launched court proceedings over detention in Turkey.

Yücel, who was born in Germany and has dual German and Turkish citizenship, was taken into custody by Turkish authorities in February, 2017.

Although he was released in February of this year, Yücel still faces a trial in Turkey. The Turkish public prosecutor is demanding Yücel be given 18 years imprisonment.

The high-profile journalist dubbed the Turkish allegations of "sedition" and "propaganda" to be politically motivated.

Yücel became a target of the Turkish government through his critical reporting on sensitive topics, such as the Kurdish issue, the Syrian war and hacked documents.

Read more: Yücel on trial: A timeline of his year spent in Erdogan's prisons in Turkey

His detention caused a rift between Turkish and German governments, with Berlin using diplomatic means for the journalist's release.

The Turkish government has detained thousands of rights activists, journalists and lawyers since a botched military coup against President Recep Tayyip Erdogan in 2016.

The journalist and translator, who was on remand in Turkey on terror-related charges, has flown home with her three-year-old son. Although a Turkish court lifted her travel ban, she still faces trial in October. (26.08.2018)