President Donald Trump's national security adviser has claimed Iran was behind attacks on oil tankers in the Persian Gulf, without providing evidence. Tehran has called the accusation "laughable." 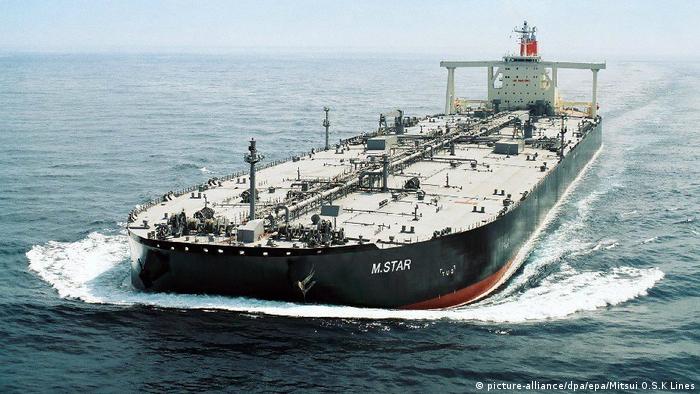 US National Security Adviser John Bolton said on Wednesday that Iran was likely behind the attacks on four ships off the coast of the United Arab Emirates earlier this month.

Bolton made the remarks in Abu Dhabi, during a visit to the Emirati capital "to discuss important and timely regional security matters."

Bolton, known for his hawkish stance on Iran, alleged that the four ships were attacked by "naval mines almost certainly from Iran." He did not offer any details or evidence to back up the claim.

"There's no doubt in anybody's mind in Washington who's responsible for this," Bolton said.

"Not going to get into the specifics. That's something the ship owners and the countries involved will release at their discretion," he added, in reference to the ongoing investigation.

"The point is to make it very clear to Iran and its surrogates that these kinds of action risk a very strong response from the United States," he said.

Bolton also told reporters in Abu Dhabi that he saw "no reason" for Iran to back out of the nuclear deal with world powers other than to seek atomic weapons. Last year, Trump unilaterally withdrew the US from the accord; the US has since sought to force other countries to halt trade with Iran.

US pressure on Iran

Earlier this month, the US had tightened sanctions on Iran and designated the country's Revolutionary Guard as a terrorist group. The US also deployed an aircraft carrier to the Middle East.

In response to the oil tanker attacks, the US announced a boost of some 1,500 soldiers to the region as "protection," and pulled its nonessential diplomats out of Iraq.

Bolton said on Wednesday that Washington planned to bring in engineering capabilities "to help harden facilities associated with US and partner military bases," amid concern about potential threats from the overseas arm of Iran's Revolutionary Guards.

The Iranian government has labeled US moves "psychological warfare" and a "political game."

On Wednesday, Tehran strongly rejected Bolton's accusation it was behind the alleged ship attacks.

"Making such laughable claims... is not strange" coming from Washington, Foreign Ministry spokesman Abbas Mousavi said in a statement.

"Mr. Bolton and other warmongers and chaos seekers should know that the strategic patience, high vigilance and complete defensive readiness of the Islamic Republic of Iran ... will prevent the fulfillment of their evil desires for chaos in the region," Mousavi added.

Nonetheless, Iranian President Hassan Rouhani also said on Wednesday that he was still open to negotiations between the two countries.

"The road is not closed for them, whenever they put aside their cruel sanctions and return to the negotiation table that they left," Rouhani said.

US to send 1,500 troops to Middle East for 'protection' against Iran

Both President Trump and the Pentagon stressed that they were not seeking to engage in a military conflict with Iran. Trump has been trying to pressure Tehran into negotiating a new nuclear deal. (24.05.2019)

The US would "certainly negotiate" with Iran if Tehran made a move, US President Donald Trump said after downplaying the Iran threat. Separately, Iran's President Hassan Rouhani said the time was not right for talks. (21.05.2019)