The US would "certainly negotiate" with Iran if Tehran made a move, US President Donald Trump said after downplaying the Iran threat. Separately, Iran's President Hassan Rouhani said the time was not right for talks. 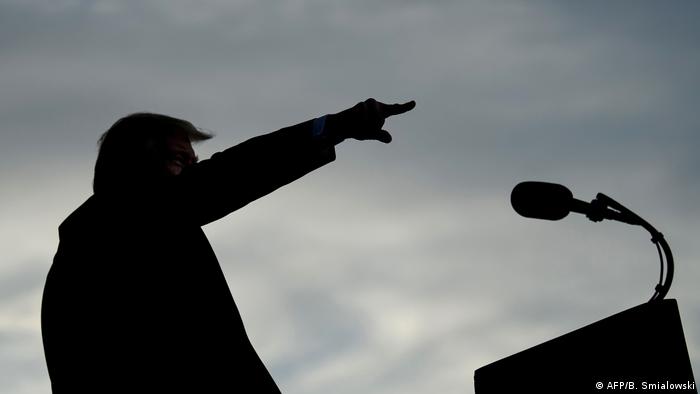 US President Donald Trump pledged to respond with "great force" to any threats from Iran on Monday, but also acknowledged the US had "no indication that anything's happened or will happen."

Trump's latest comments come amid fears of war between Washington and Tehran and a day after Trump himself threatened "the official end of Iran" if the fight starts.

On Monday, Trump signaled he was ready to negotiate if Tehran took the first step.

"If they call we will certainly negotiate, but that is going to be up to them," he told reporters. "I only want them to call if they are ready."

The US has been boosting its military presence in the Middle East, citing the risk of hostile actions from Tehran. Earlier this month, Pentagon deployed an aircraft carrier to the Persian Gulf and started flying B-52 bombers on "deterrence missions" in the region. Last week, the US evacuated all non-emergency diplomatic staff from their Baghdad embassy and the Erbil consulate, and also put its troops in Iran and Syria on high alert.

Meanwhile, Saudi Arabia accused Tehran of being involved in alleged drone attacks on their crude oil pipeline and sabotaging oil tankers in the region.

On Sunday, a rocket landed near the US embassy in Baghdad, with no injuries reported. Some have speculated that Iran-allied militias were behind the attack, but the incident is still being investigated, according to US government sources cited by Reuters.

Early on Tuesday, Iranian President Hassan Rouhani said he was in favor of using diplomacy to overcome the crisis with the US, but added the conditions were not right.

"Today's situation is not suitable for talks and our choice is resistance only," Rouhani was quoted as saying by the country's official IRNA agency.

The Muslim-majority country also said it has quadrupled its uranium enrichment capacities, but its officials noted the material will not be enriched pass the 3.67% limit imposed by the 2015 nuclear deal.