A Saudi minister says that a crude oil pipeline in Riyadh province has been attacked by Yemeni drones. The attack follows Saudi claims of sabotage attempts on two of its oil tankers off the United Arab Emirates. 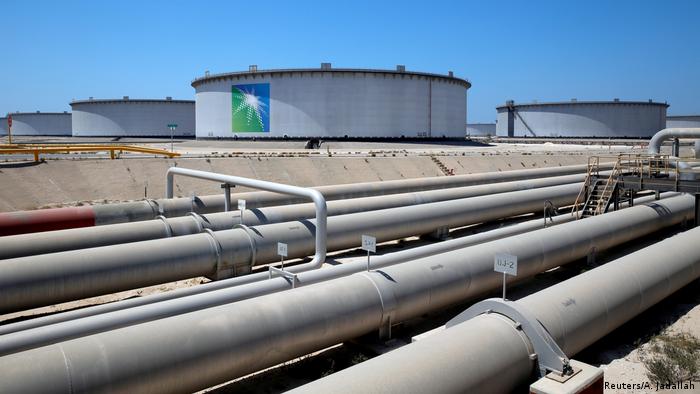 Two oil pumping stations in Saudi Arabia were the target of "terrorism and sabotage" on Tuesday, according to the country's minister of energy.

Khalid al-Falih said the attack — along with the alleged incident involving two Saudi oil tankers off the coast of the United Arab Emirates over the weekend — not only targeted the Kingdom of Saudi Arabia, "but also the security of global oil supplies and the global economy."

Houthi-run Masirah TV said that the group had launched drone attacks on Saudi installations in response to what it called Saudi aggression and a blockade on Yemen, where a Saudi-led alliance has been at war with the Houthis and their allies since 2015.

Riyadh said the two pump stations — which increase pressure to move oil through the pipeline — were hit by armed drones resulting in a fire at one of the stations and a temporary shutting of the oil line as a precaution.

The blaze was brought under control: damage was limited and oil production was not disrupted, al-Falih said.

The pipeline serves as an alternative export route for Saudi crude oil in the event of the strategically important Strait of Hormuz being blocked.

Iran repeatedly threatened to close the strait if military confrontation with the United States were to break out.

The US recently issued new sanctions targeting Iran's oil exports, and has deployed an aircraft carrier strike group to the region.

Relations between the two countries have been soured by a dispute over Tehran's 2015 nuclear agreement with the international community. Washington pulled out of the deal last year but has been unable to convince other countries to follow suit, despite threats of sanctions for continued trade with Iran. Iran recently announced it would stop implementing some of the agreement's key provisions.

The US has announced that it will deploy an aircraft carrier to the Middle East to give a "clear message" to Iran that it is prepared to defend its interests. Crisis Group's Ali Vaez says the move could lead to a war. (07.05.2019)

Inside Europe: In the crossfire between Tehran and Washington