It′s cool to be pro-EU with popular French President Emmanuel Macron | Europe | News and current affairs from around the continent | DW | 22.06.2017

With the new French president polishing the EU's image, Brussels is looking brighter both to European citizens and those abroad. Will the bloc seize the "Macron momentum" and stride boldly into the future? 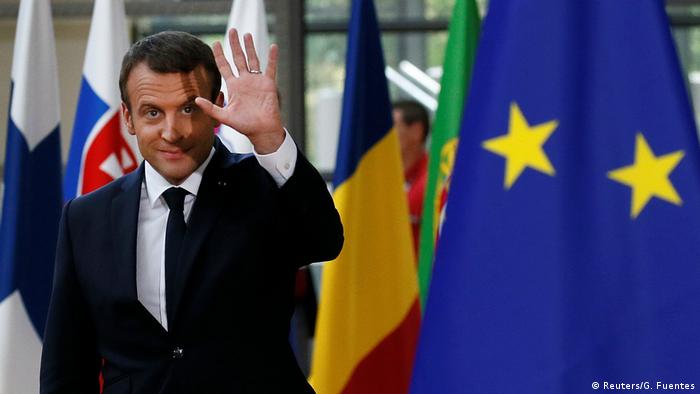 A year ago, the European Union was in a world of woe. The UK wanted out, populists were rising in the polls and Donald Trump predicted more countries would follow in the footsteps of Brexit - and that they'd be better off for it. EU public relations staffers were continuing their desperate search for that elusive "narrative" that would make Europeans feel like they were part of a winning team.

All eyes were on the Dutch elections in March,the first domino in the lineup. If far-right nationalist Geert Wilders made significant gains on Prime Minister Mark Rutte, it would be the harbinger of a bigger disaster to come: French voters choosing the National Front's Marine Le Pen as their next president.

Rutte's win, if not particularly inspiring, provided the EU with some space to breathe. And by then it was obvious that newcomer Emmanuel Macron and his just-created "En Marche" movement were encroaching on France's old guard from both the left and the right with an undeniable energy, derived in part from being pro-EU and proud of it. By the time Macron made the long dramatic walk to give his acceptance speech accompanied by the EU - not the French - anthem, the tide of public sentiment had already turned in the EU's favor, with Macron sitting atop the crest of the wave.

EU on the rebound after UK split

Last week that feeling was quantified and described as a dramatic rebound by the Pew Research Center in a survey on public approval. It found that people in nine of the 10 member states surveyed - all but Greece - now view the EU favorably, "including 74 percent in Poland, 68 percent in Germany, 67 percent in Hungary and 65 percent in Sweden." That's true even in the UK, according to Pew. 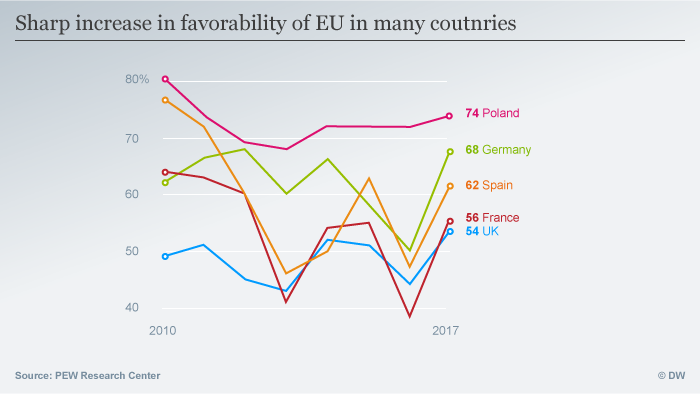 As Macron arrived for his first EU summit, he was keenly aware of the spotlight and the extraordinary pressure of public expectations. In an interview given to several news outlets, the French president kept up his pro-EU declarations.

"Europe is a shared destiny," he said, criticizing "certain European leaders who have turned their backs on Europe."

Macron's open admiration is salve for Brussels' re-emerging self-confidence. The most compelling thing about it, says Fabian Zuleeg, chief executive of the European Policy Centre, is that Macron genuinely believes what he's saying.

"[H]e believes that France belongs at the heart of Europe," Zuleeg told DW, "that it belongs at the forefront of where Europe is going to go together with its partners, including Germany."

At the same time, Zuleeg notes, being the great international hope is a lot of pressure for a newcomer trying to push through a rash of reforms at home.

"Macron has to deliver," he underscored. "He has to show the things he has promised can actually be done. But if he does that, then of course the pressure also shifts onto others because they also have to show that they are willing to match whatever he's doing."

Zuleeg says not only will this help rally support inside the EU, it will affect how the bloc is viewed from outside. 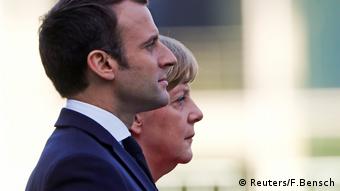 Zuleeg: Macron believes France and Germany belong at the forefront of where Europe is headed

Washington will have to adjust

Erik Brattberg, director of the Europe Program at the Carnegie Endowment for International Peace in Washington, agrees.

"The impression from Washington over the past few years has been that Europe is in crisis, the European project is collapsing and that everything is looking very dire," he told DW.

But Brattberg says American observers are taking notice now of the new Macron-inspired mojo, which he thinks it will be positively received by the Trump administration, as it "doesn't want Europe to be in a crisis requiring the US to come in and bail it out," Brattberg explained.

"The European economy is now growing. Europe is spending more on defense from a US perspective," he said. "Those things are all positive. It means there are opportunities for us and there's less dependence on the US."

Brattberg compares the aura around Macron to that of former US President Barack Obama in 2009, elected on a motto of "hope and change," but hamstrung fairly quickly by reality and by political gridlock on Capitol Hill. Macron has the advantage of having a majority in his parliament and Zuleeg expects his leadership to be decisive in everything from economic issues to the tone used in addressing Brussels.

"We will see that in many countries the easy blaming of the EU, the slandering of what the EU does, is not going to work very well," Zuleeg predicts. "That doesn't guarantee that this will happen in every country. But overall I think it is already the case."