The euroskeptic M5S and the anti-migrant League have said they're moving "quickly" to give Italy a government. But Italy's president has warned the parties against wreaking havoc on the country's status in the EU. 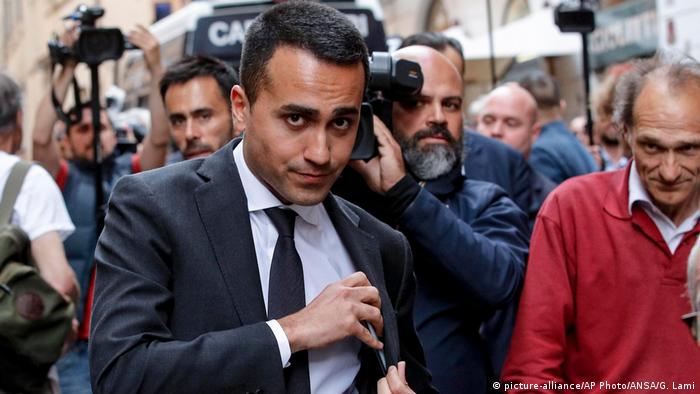 The left-wing Five Star Movement (M5S) and the far-right League, two of Italy's biggest anti-establishment parties, on Thursday said they had made "significant steps" towards forming a coalition government.

Italy has been in a political deadlock since inconclusive elections in March. But the two parties made a breakthrough on Wednesday, when former Prime Minister Silvio Berlusconi said he wouldn't prevent the two parties from forming a government. 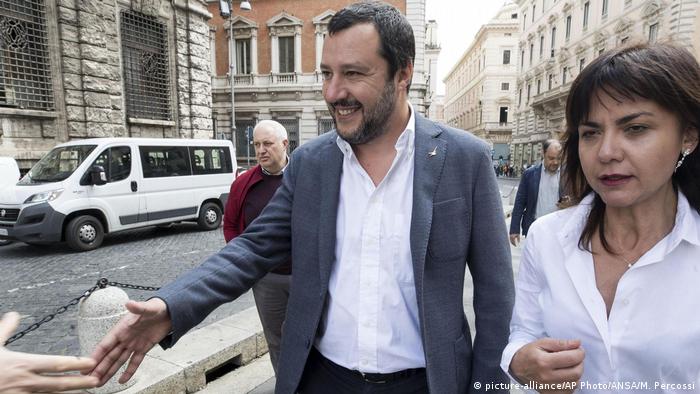 M5S leader Luigi Di Maio (pictured above) took to Facebook to say: "I cannot disguise my joy and happiness that we can finally start solving Italy's problems."

League leader Matteo Salvini said in a post on Twitter: "We're working for you," referring to his campaign slogan: "Italians first."

But some analysts were worried. "The prospect of having a government of two euroskeptic parties creates uncertainties," said IG Markets analyst Vincenzo Longo.

Why now? Although Di Maio's M5S led the election with 32 percent of the vote, the League-led right-wing coalition managed to secure a combined 37 percent. However, both political forces failed to reach the 40 percent necessary to govern.

What do they want to change? Both M5S and the League have rejected what they see as Brussels-imposed budget limitations, saying they want to renegotiate such bloc-wide regulation.

Read more: Who are Italy's two leading populist parties? What you need to know about the 5 Star Movement and the League

What happens next? Italian President Sergio Mattarella has reportedly given the parties until Monday to inform him of their plans to form a government, which would include jointly nominating a prime minister. The proposal for a government must be approved by the president before it goes to a vote in Parliament.

From the north to the south, Italy boasts of a myriad of travel possibilities. Come take a journey with us through the beautiful country and experience its versatile landscapes and cities. (05.09.2017)