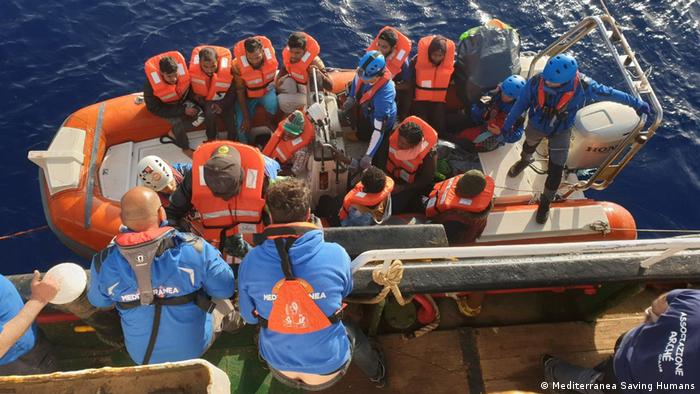 Last week, a 5-meter (16-foot) rubber dinghy left the Libyan coast at 4 a.m. with 30 people on board, all hoping to reach mainland Europe. Fourteen hours later, the Italian rescue vessel Alex spotted it with a broken engine and lying dangerously low in the water.

"One of the pregnant women fainted after they were taken on board our main vessel, Mare Jonio," Maso Notarianni, a rescuer, said.

Notarianni volunteers for Mediterranea Saving Humans, a network of cooperatives, NGOs and ethical banks, who operate the two boats Mare Jonio and Alex in the Mediterranean Sea.

The dinghy carried migrants from Sudan, Bangladesh, Nigeria, Chad and Burkina Faso, including four children. "When we reached them, they looked exhausted," Notarianni told DW. It's believed that because the boat was so tiny, radar failed to pick it up.

The Italian Maritime Rescue Coordination Center then instructed the Mare Jonio to contact the Libyan authorities. "But their coast guard is simply nonexistent," said Notarianni, "and we refuse to bring people back to a country at war, where human rights are not respected."

While the Mare Jonio docked at the Italian harbor of Lampedusa, Salvini launched his latest campaign to prevent migrants from reaching Italy, announcing via Facebook a new draft "security decree."

"We will sanction and seize those ships that show no respect for international conventions and disobey the orders of the maritime coast guard," he told Italian TV.

The price of saving lives

The new decree would encompass a wide range of national legislation, including changes to the Italian sailing code and penal code.

Its 12 articles cover a variety of different subjects, from the establishment of an extraordinary commissioner with 800 employees to expedite trials and verdicts, to tougher sanctions for those who insult, resist or commit violence against public officials.

Changing the sailing code would also allow Salvini to ban any ship considered a potential threat to public security from entering Italian waters. A directive issued by Salvini last month means that all vessels carrying migrants and asylum-seekers fall into this category.

Fines would range between €3,500 ($3,900) and €5,500 euros for each migrant picked up by rescue vessels. In the event of serious offenses, sailing licenses could be suspended for one month to a year.

Salvini insists that these measures would help in the fight against human traffickers, but he made no secret of the fact that the aim was also to curb the activity of rescue organizations such as Mediterranea.

"Setting a price for saving the life of 2-year-old Alima outraged us," Alessandra Sciurba, a spokesperson for Mediterranea, told DW. Alima was one of the four children rescued last week. 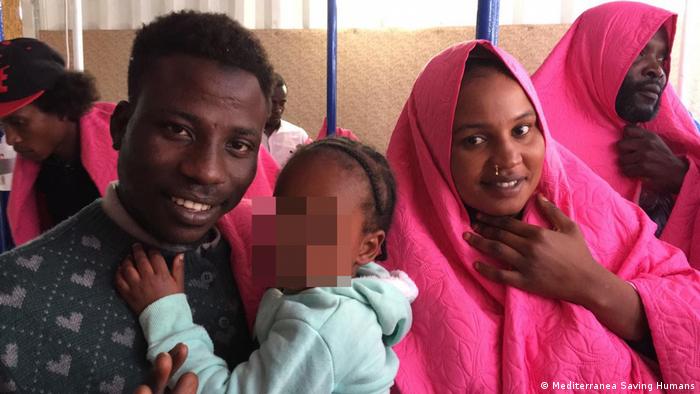 After its latest rescue mission, the Mare Jonio was impounded, and the captain faces an investigation for encouraging illegal migration. With Mediterranea out of the game, the German NGO Sea Watch is currently the only European rescue organization in the Mediterranean Sea.

Read more: German refugee NGO plane looks for the living and the dead

Their Italy-based spokesperson, Giorgia Linardi, has accused Salvini of abusing his power and questioning the basic principle of international maritime law.

Legal experts are also concerned. "The decree aims at submitting these ships to administrative authorities directly dependent of the government, without considering that they already operate according to the international and Italian laws," said Dario Belluccio, a lawyer and member of the Association for Juridical Studies on Immigration.

So far, there has been no proof of any substantial law infringement by any rescue vessel operated by NGOs.

But Belluccio fears that the harsh sanctions might push commercial vessels to "operate incorrectly when it comes to rescuing operations." 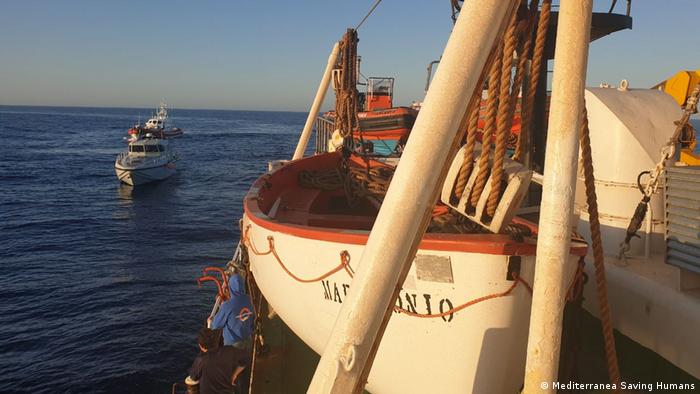 For the draft to be signed into law, the Italian government has to debate and ratify it. However, the relationship between the two coalition parties, Salvini's League and the 5-Star Movement, is becoming increasingly fraught.

"[Migrant] arrivals do not represent a problem anymore, we need to focus on repatriation," Luigi Di Maio, deputy prime minister and leader of the 5-Star Movement, said recently, "and I see no mention of any agreement with foreign countries in this decree."

The Interior Ministry has tried to smooth over the cracks by announcing a specific fund aimed at repatriating illegal migrants.

But the 5-Star Movement seems unwilling to budge. "Rushing it [through] might bring more problems than solutions," Minister of Transport and Infrastructure Danilo Toninelli said on Wednesday. "We will discuss it after the European elections."

Salvini, however, is adamant that he will present the decree on Monday.

Rescue organizations, meanwhile, hope the draft never reaches the next stage. In any event, Mediterranea's Alessandria Sciurba refuses to bow to the latest intimidation.

"We would never think of [possible] financial problems while women and children are drowning," she said.