German refugee NGO plane looks for the living and the dead | Europe | News and current affairs from around the continent | DW | 25.10.2018

A German rescue plane has resumed flights in the central Mediterranean. Counting the number of dead refugees found in the sea is becoming increasingly difficult. Ylenia Gostoli joins a flight. 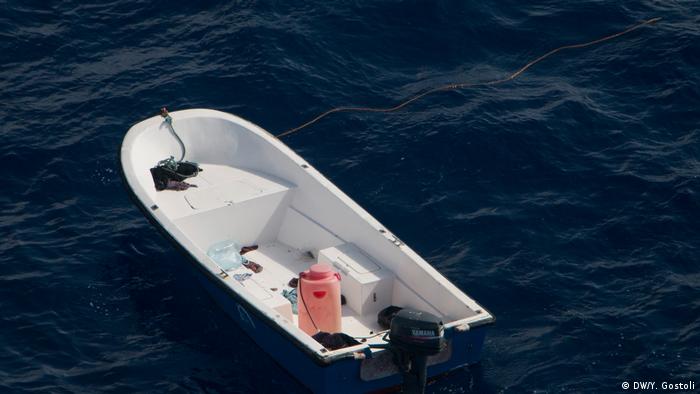 The four-seat search and rescue aircraft, Moonbird, veers sharply towards a cargo vessel in international waters south of the Italian island of Lampedusa. Neeske Beckmann, the 29-year-old flight coordinator, snaps pictures from the air and scans the sea as the plane circles over it. There appears to be no one on the deck. The vessel leaves no trail, suggesting it is not moving.

"It must be the Just Fitz," says Neeske, reaching for a pair of binoculars. A closer look reveals indeed the name Just Fitz III written in capital letters on the side. Just the night before, the ship had responded to a distress call and rescued about 40 refugees and migrants in international waters. 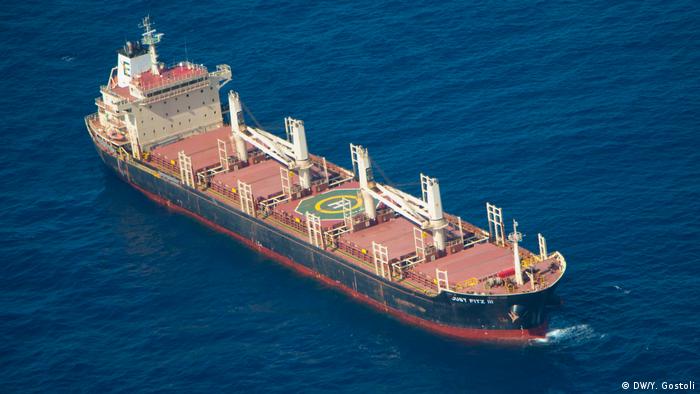 The Just Fitz, with around 40 refugees on board, was forced to languish in the Med waiting to hear which port it could enter

The ship is anchored in the middle of the Mediterranean, waiting for a port to be assigned. Italy's far-right Interior Minister Matteo Salvini has said it will not be allowed to enter an Italian port, and it could turn into yet another diplomatic dispute between Italy and Malta.

In June, Italy's new populist government turned away an NGO rescue boat with 630 people on board. Malta followed suit, forcing the Aquarius to head to Spain and remain at sea for a week.

It was the first in a series of cases involving NGO boats, cargo vessels and, in one case, the Italian coast guard that saw rescued migrants and refugees left in limbo for days, waiting for European leaders to decide on their fate. The consequences are visible from the glass cabin of the Moonbird: the sea is eerily empty.

The stretch of the Mediterranean south of Malta and Lampedusa has been deserted by vessels that take longer routes in order to avoid being held up for days. Mare Ionio, Sea-Watch's only remaining boat, is returning to port. The Aquarius has been in Marseilles ever since it was stripped of its flag, and three NGO boats are moored in Malta.

With no ships left to call upon to perform rescues, Moonbird's crew is looking for the dead as well as the living. 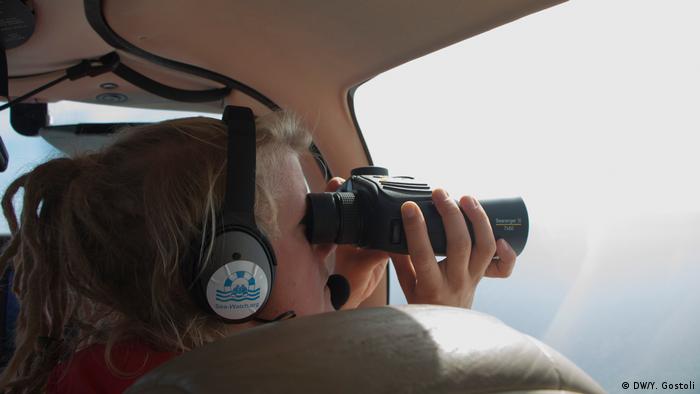 Scanning the sea for refugees is an arduous and frustrating job

The last eyes on the Mediterranean

Moonbird, a joint project of the German NGO Sea-Watch and the Swiss Humanitarian Pilots Initiative supported by the Protestant Church in Germany, resumed flights in mid-October after Malta had stopped their missions from its airport in Valletta.

It has joined the Colibri, another humanitarian search and rescue plane, run by volunteer French pilots who have condemned an increasing reticence on the part of commercial vessels to respond to mayday calls. The creation of a vast Libyan Search and Rescue zone (SAR) last June means the Italian Maritime Rescue Coordination Center (MRCC) has devolved responsibility for a large area in the southern Mediterranean to the Libyans.

Manos Radisoglou, a 30-year-old air traffic controller and amateur pilot who has volunteered to fly the Moonbird since May 2017, points to the monitor that shows the area we're flying over, officially recognized as Libya's SAR zone. It stretches about 80 nautical miles (148 kilometers) off the Libyan coast, whose territorial waters encompass 12 nautical miles, roughly halfway to Lampedusa.

Until last year, Manos explains, the MRCC would arrange rescues off Libya's territorial waters. As part of an EU-sanctioned deal with Libya's government of National Accord in early 2017, Italy trained and equipped Libya's coast guard. Twenty thousand people were intercepted and taken back in 2017.

"On one of my last missions last year, we spotted a boat that was far away from everybody," Manos recounts. "We informed the MRCC Rome that we had spotted it. The nearest vessel was three ship hours away, and it was informed. We flew away and came back to give the final directions. And that worked very well."

Because of the human rights violations that refugees and migrants face in Libya, Moonbird does not cooperate with the Libyan coast guard.

"We're dependent on the help of the ships and if no one is there, the question is who is going to rescue them when we find them, as well as where we find them," Manos says.

By September 2018, seven out of 10 people who left Libya were intercepted and brought back. One in five died or went missing, while fewer and fewer leave. Matteo Villa, a research fellow at the Italian Institute for International Political Studies who published the data based on UNHCR and IOM (International Organization for Migration) figures, admitted the numbers are increasingly unreliable due to a lack of monitors on the ground.

"News of the only two large ship disasters we know of in September reached us 10 days afterwards, through the testimonies of the survivors," Villa said. "We know deaths are underreported and we have an increasingly limited idea of what is happening. There is no one left there." 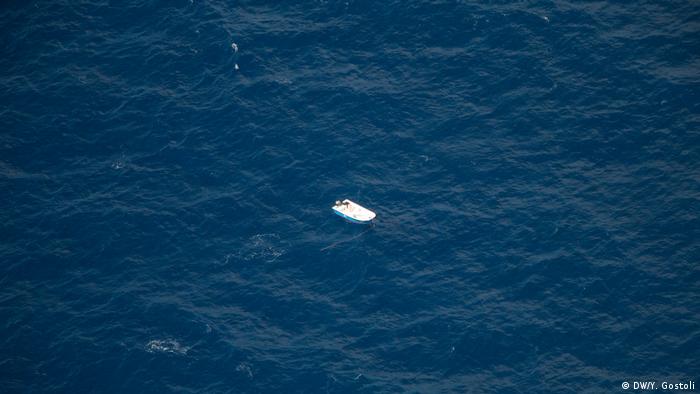 All at sea: The lack of rescue vessels in the Med is often a death warrant for refugees

While NGOs are prevented from operating by political bickering, commercial ships, which are bound by international sea law to rescue vessels in distress if in the vicinity, have economic calculations to make.

As the Moonbird prepared to halt its missions for a few days for a maintenance check, news came in that the refugees and migrants on board the Just Fitz III had been taken to Malta. A few days before, a group of 60 people including many Eritreans had made it from Libya to Lampedusa. Most have already been transferred from the island's identification center to Italy's mainland. They know they are among the lucky ones.