′Migrant doctor′ heals the wounded on Lampedusa | Germany| News and in-depth reporting from Berlin and beyond | DW | 07.07.2017

Pietro Bartolo is the so-called "migrant doctor" on the Italian island of Lampedusa. He treats migrants who arrive there every day, and told DW that Europe should look at migrants not as numbers, but as people. 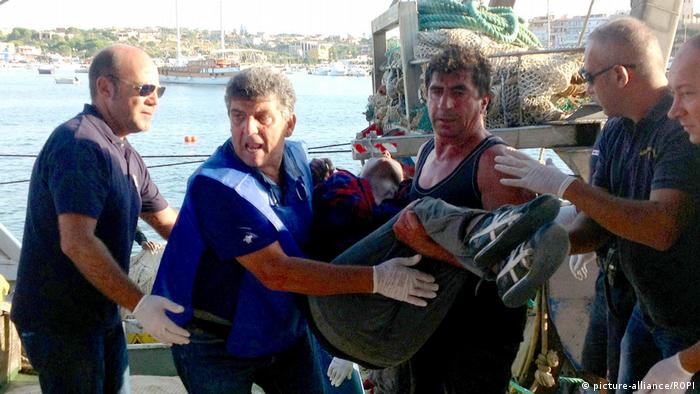 For years, Bartolo has been welcoming and taking care of migrants who disembark at Lampedusa, listening to their stories and their suffering. He was made famous by the Francesco Rosi documentary film "Fuocammare" and has received multiple awards for his work.

DW: In what physical and psychological conditions are the migrants who arrive in Italy?

They come to us in disastrous conditions, after journeys that have lasted as long as years. Some are wet, hypothermic and exhausted. This is especially the case for pregnant women and children. Other have gunshot wounds, or are skinned on their lower limbs. Many women have chemical burns from the fuel caused by a mix of petrol and water that spills onto them while they are in the middle of the boat. 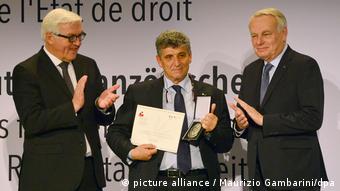 Why are the women affected the most?

The men try to protect them by sitting on the sides of the boat and putting the women seated on the floor of the boat. This mix that spills over, when the boat's fuel tank fills, soaks their clothing. They aren't burns from fire but they are very serious and can even cause death.

What other kinds of injuries do the migrants have when they arrive?

There are also the gunshot wounds. Human traffickers force the more reluctant ones to board the boats and rubber dinghies, which are already visibly unstable.  The traffickers will shoot and even kill some of the migrants to convince the others to board.  The migrants do so, and perhaps just a few hours later, they die at sea.

What do people tell you about their escape?

There are many cases of rape. Some of them talk about it and overcome their shame. These are rapes that the Libyans commit above all against blacks, who in Libya aren't considered human. They are treated worse than the others, people upon whom anyone can do whatever they want. This is especially case for the women because they're considered even more inferior.

The majority of women are raped as the Libyans don't care about the victim's age, even when she's very young. This explains why many women arrive pregnant or with small children, since their journeys, perhaps from as far away as Nigeria, can last for years.

And they tell of unspeakable things from Libya, they speak of a true hell. Many of them die in the desert, the others get passed around as slaves, and meanwhile they have to continue to pay and take on debt. When they arrive in Europe they must continue in slavery to repay the debt, and are forced to work day and night. 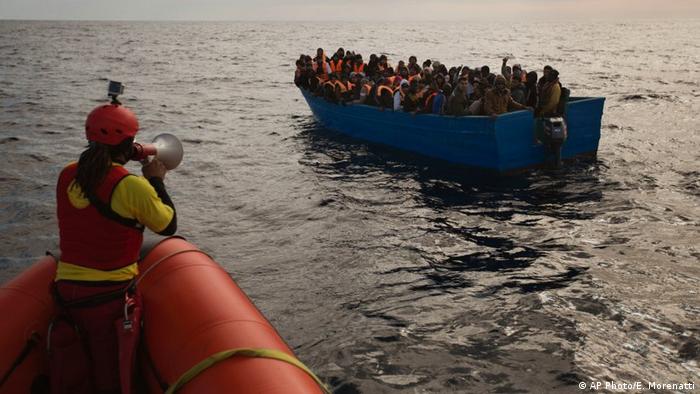 How do you welcome the migrants who have suffered so much?

These poor people have seen it all, not least the fear of crossing the Mediterranean. They have faced death multiple times, and when they arrive they fear more violence here as well. And so we, out there on the island's Favaloro Pier, which I call my first home, together with other colleagues and volunteers and law enforcement, we make them understand right away that the country is good and won't hurt them. We do it with a caress, a smile, a hot tea, a thermal blanket and even a pat on the back. And they understand that they've arrived among good people, after having suffered every kind of violence.

Europe should start looking at these migrants as people, human beings, but Europe only talks about numbers, of an invasion.

Are there any individual cases that touched you the most?

I've seen young boys skinned, mostly on their lower limbs. For example, they're bound up with chains on their lower legs, and then hung and pulled down. In doing so, their skin is pulled off, sometimes down to the muscle. Oftentimes the Libyans do it to extort money, with the telephone on and talking with the family, but they also do it when the victims have nothing left to give.

The most recent case was of a 13-year-old boy. When I examined him, I saw that he had been skinned on his legs. He had spent two months in prison without hardly having eaten. He was skin and bones, like the others with him. When they skin you like that, the skin doesn't grow back. It takes years for it to develop into heavy scars. You have difficulty moving and constant pain. But I've never heard any of them say 'ouch', neither men nor women. They have an infinite capacity to tolerate. That boy is now in a hospital in Palermo. Perhaps he'll have an operation, who knows, then we'll see where he goes.

This interview was conducted by Luciana Borsatti

Austria's Defense Minister has told local media that Vienna could impose controls and deploy troops on its border with Italy. It comes as the UN warns that the influx of migrants into Europe shows little sign of slowing. (04.07.2017)

Interview: The refugee crisis is a 'crisis of migration policy'

The European Union Agency for Fundamental Rights was established by the EU to help it respect human rights in its policies. InfoMigrants spoke to its director, Michael O'Flaherty, about the refugee crisis in Europe. (26.06.2017)