Refugees on stranded NGO rescue ship in ′poor state′ | Europe | News and current affairs from around the continent | DW | 10.04.2019

The Sea-Eye rescue ship Alan Kurdi is anchored off the coast of Malta with over 60 refugees on board. The vessel has been forbidden to dock. Sea-Eye spokesperson Carlotta Weibl spoke with DW about the situation. 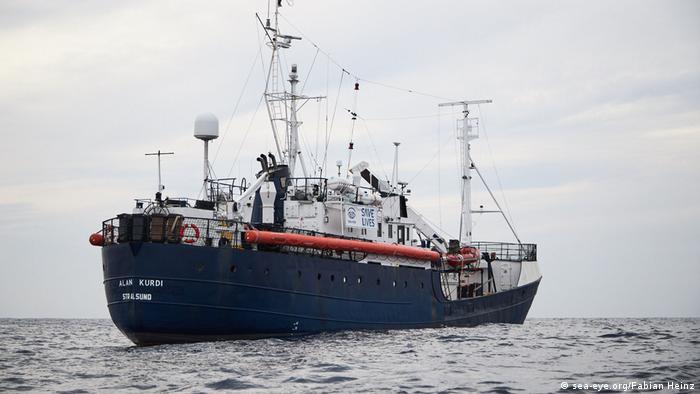 DW: Where is the Alan Kurdi now? And what is the condition of those on board?

Carlotta Weibl: The Alan Kurdi is stranded in international waters at the 12 mile (19 kilometer) zone off Malta. On Tuesday, a woman fell ill and became unconscious. Maltese authorities picked her up and took her to the hospital. This time, Malta reacted swiftly and efficiently. But the remaining 63 people — who have been on board the Alan Kurdi for a week now — are in a poor state. For many of them, the journey has already been weeks, for some, even months. They survived the camps in Libya but are now battling seasickness.

Is there a secure supply of adequate food and water?

Today we received permission from the Maltese authorities to make a supply run with a small boat to restock food and water.

The German government committed to supporting the disembarkment of the ship on the condition of joint assistance from other countries. What will happen now?

We are in close contact with the German Foreign Ministry, with which we have developed a really good relationship. But the ministry is not agreeing to take in all of the refugees. They are currently in negotiations with the European Commission. We assume that this will end up boiling down to a European solution. 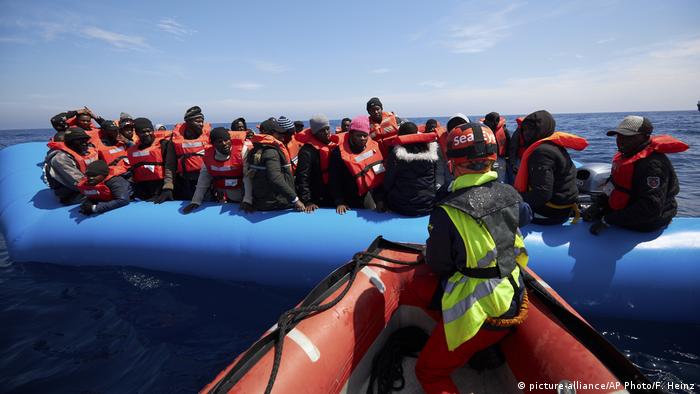 Sixty-three rescued refugees remain on board the Alan Kurdi

This is not the first time that Italy and Malta have banned rescue ships from docking at their ports. Could this reaction not have been predicted? And how are these situations dealt with?

This is a difficult issue because our ability to deal with the situation is limited to an extent. We know that we will always encounter situations like this. Really all we can do is equip our ship as best as possible to spend a long time at sea. But at the same time, we have no alternative: We can't just say that the political situation is difficult right now and there is no way out of it. That is out of the question — and does not solve the problem.

Read more: Opinion —he EU is neglecting its humanitarian duty

We understand, however, that Malta and Italy say that they can't take in all the refugees alone. And that's why we are demanding a sustainable European solution with a fixed allocation scheme that specifies into which countries the refugees can be distributed. And on top of this, with the approaching European Parliament elections, no European Union country wants to present itself as being refugee-friendly. 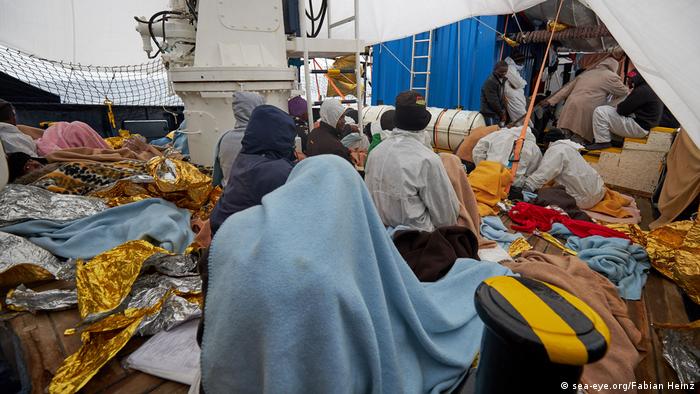 Libyan General Khalifa Haftar has attempted to seize control in Tripoli, prompting fighting in the city. Is the conflict impacting the number of people fleeing Libya?

We know that the conflict is having a direct effect on those in refugee camps. Supplies of food and water have been partially cut off, and there are electrical outages. People there are suffering, and all that remains is to attempt to flee across the Mediterranean. On top of that, more Libyans are getting on the boats as well. It is not just people from Nigeria and Burundi passing through [the country].

Currently, Libya is not a safe country. There is violent conflict and people are dying. A UN report on human rights stated that human traffickers are raping, mutilating and abusing refugees in Libya. What have been the stories from those refugees now on board the Alan Kurdi?

One migrant reported that she was made to work in a brothel, was sold [to someone] and then was forced to work so that she could buy back [her freedom]. We're also hearing more and more stories of systematic torture. Often people are forced to contact their families so that the torturers can to extort even more money with their suffering. To us, it is crystal clear that people should not be sent back there. 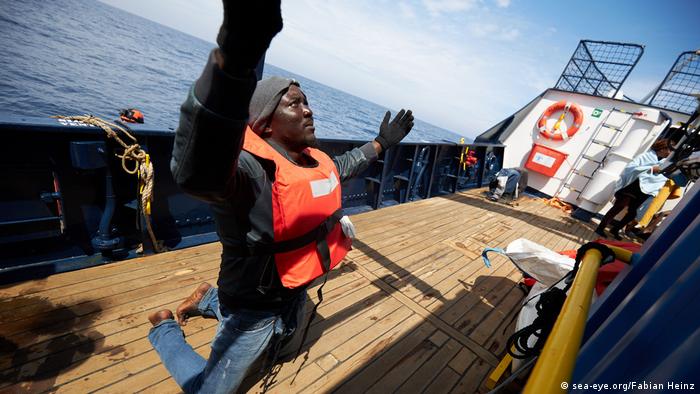 In March, the EU ceased the "Sophia" maritime rescue mission, which since 2015 had rescued hundreds of thousands of people. However, EU states could not reach an agreement on how to distribute the rescued people and Italy refused to participate at all. What were the consequences for Sea-Eye in general, and the Alan Kurdi?

It is important to remember that the purpose of the Sophia operation was to act as a border guard. Of course, the ships also saved people because they were obligated to do so. After the end of the mission, civilian sea rescue operations were outlawed. Out of 12 ships that were operating in 2015, we are the only one still in the Mediterranean. And the in the commercial shipping industry, the boats make a wide bypass to avoid having to rescue people.

Carlotta Weibl is a spokesperson for the Sea-Eye nongovernmental organization, based in Regensburg, Germany. The NGO works to rescue refugees who come into danger during the perilous sea journey to Europe.