The former prime minister of Italy has parted ways with the Democratic Party, saying it lacked vision for the future. His decision could destabilize a coalition government between PD and the populist 5-Star Movement. 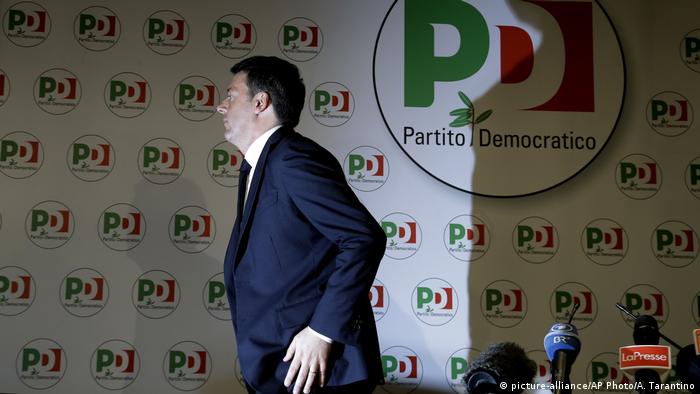 Former Italian Prime Minister Matteo Renzi on Tuesday announced his decision to leave the center-left Democratic Party (PD) to form his own centrist-leaning party in a move that could destabilize Rome's new government.

"After seven years of friendly fire I think we must take note that our values, our ideas, our dreams, cannot every day be the object of internal quarrels," Renzi said in a Facebook post.

But Renzi said he plans to "build together with others a new house to do politics differently" just two weeks after PD joined forces with their political foes, the populist Five Star Movement (M5S).

PD leader Nicola Zingaretti described Renzi's decision as "an error," saying he didn't support it. "Now we must think about the future of Italians," Zingaretti said in a tweet. "A new agenda and the need to rebuild hope with good governance and a new PD." 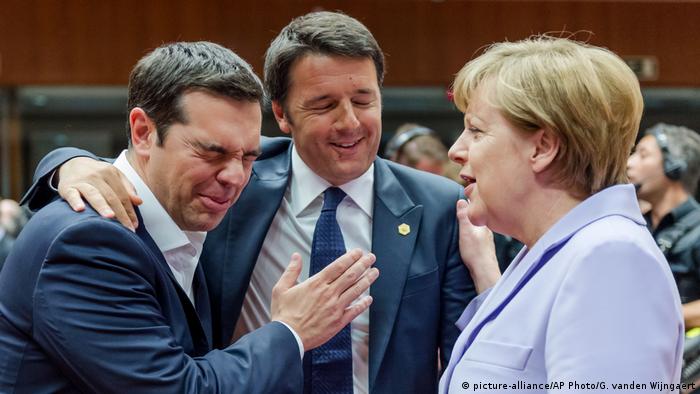 As prime minister, Matteo Renzi (center) was seen as the de facto leader of the European Socialist block after PD won the most votes and seats of any single political party during the 2014 European Parliamentary elections

Renzi is a divisive figure in Italian politics. He continued to hold sway within PD even after he resigned as prime minister in the wake of a failed 2016 referendum on overhauling Italy's political system. He also led the PD to record victories and defeats in 2014 and 2018 respectively.

In an interview with Rome-based newspaper La Repubblica, Renzi said around 30 PD lawmakers plan to join him in establishing a new political movement. He said PD lacked a vision for the future, something he wanted to rectify with his yet-to-be-named party.

Renzi noted that he would continue to support the government of Prime Minister Giuseppe Conte, saying: "The victory we got in parliament against populism and (far-right leader Matteo) Salvini was important to save Italy, but it's not enough."