Italians lose patience with political deadlock | Europe | News and current affairs from around the continent | DW | 06.04.2013

In midst of an economic crisis, Italy is still without a new government. One month after elections, many Italians believe their political elite are lacking any sense of responsibility. 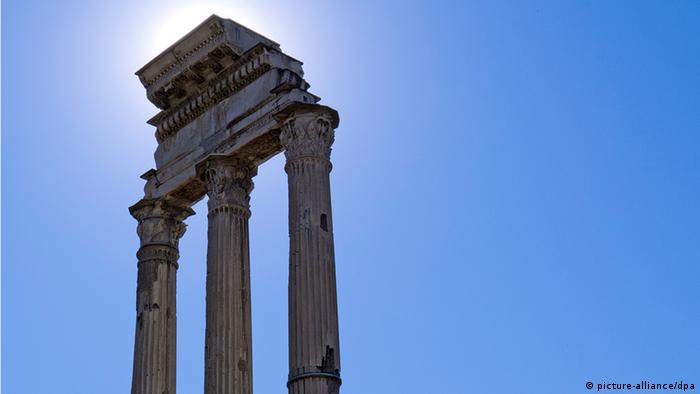 Instead of wanting to fix the country's problems Antonio Crispi is convinced that all politicians care about is power. The Naples barman has voted for the center-left Democratic Party (PD) which came out as winner but has yet to find a coalition partner to form a government. 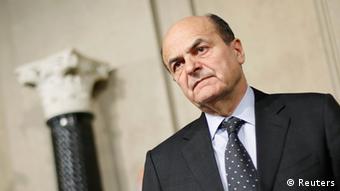 A coalition with Berlusconi is not an option for Bersani

"Berlusconi is unacceptable, but if he were to take a step back and allow a fresh face to take over ..." Crispi says, not quite finishing that sentence.

Many here think that a grand coalition between left and right would be a decent enough solution - but PD leader Pier Luigi Bersani disagrees. He instead tried to win over members of the Five Star Movement – led by former comic Beppe Grillo – to join a coalition, but has failed so far.

"Grillo should finally come to his senses and give up his blockade," says Christina Zunecchi, who had voted for him. She is surprised and upset about the fact that he is sticking to his promise not to join any coalition.

"Things are really bad for us in economic terms and yet politicians only think about themselves and only play their little games. That really makes me angry. My oldest son has a university degree with distinction and hasn't managed to find a job for two years now. My younger son also can't find a job and my youngest one is still in school. My husband's got a job but the salaries are way too little compared to living expenses," she says. She shrugs, pays Antonio Crispi for her coffee and leaves.

Fresh elections as a way out 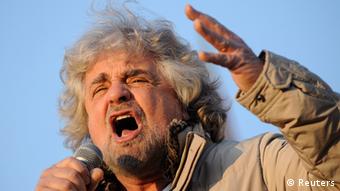 So far, Grillo stands by his promise not to join a coalition

It's not only in Naples, but in the entire country that people are getting impatient. Citizens in the northern economic hub of Milan are also worried about the future. Guilietta Poma works in a bookstore. She thinks that new elections will be the best solution.

"Grillo could get even more votes and would get a majority to form a government himself. Then he would be able to implement all the reforms that Italy needs."

Grillo though is not talking of reforms but rather of revolution. He wants to radically change the country - and he wants to do it alone, without a coalition partner.

"It's not a particularly democratic approach," criticizes university lecturer Michele Ferrari. And he doubts that the Five Star Movement would indeed come out stronger if there were new elections.

In fact, the movement's supporters are divided - some want Grillo to agree to a coalition, others think he should stick to his principles instead.

Many Italians are skeptical though of President Giorgio Napolitano's efforts to put an end to the political crisis. On the one hand they think it's a good thing that he has created an expert council with members of all parties to discuss urgent reforms. But at the same time the very experts he chose are under criticism for being long-standing male politicians - instead of fresh faces and women with new ideas. 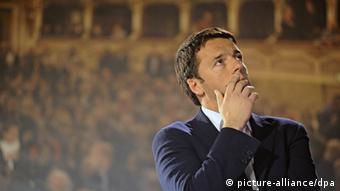 "I represent the new, Berlusconi the old," Renzi said

Matteo Renzi, mayor of Florence and Bersani's rival within his party, is winning more and more support though. He calls on Bersani to draw the consequences of his failed attempts in forming a government with the Five Star Movement and says he would be willing to run as PD's candidate should there be new elections.

"More than 90 percent of the people think that we are losing time," he says. According to opinion polls he would get around 36 percent of the vote - which again wouldn't be enough to form a government. Renzi dismisses allegations that he would then form a coalition with Berlusconi. "I represent the new, Berlusconi the old."

Those are strong words, but many voters are careful about such bold statements - they largely have lost trust in their political elite.

As banks in Cyprus prepare to reopen, experts say financial institutions need to regain depositors' trust. They insist events in Cyprus won't be repeated in other euro countries. (27.03.2013)