For weeks, kites fitted with incendiary devices have been floating into Israel from Gaza. Locals fear the conflict may continue to escalate, fueled by unrest and poor humanitarian conditions in the Palestinian territory. 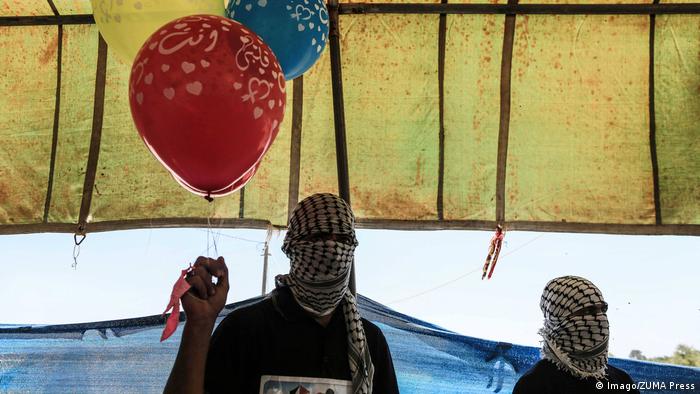 "This spot here was totally burned, even though we reacted quickly. We stopped the fire from spreading," says farmer Yishai Cohen, as he points to a blackened spot of land running through the hillscape near the Beeri kibbutz. Normally, cows graze in the area.

Part farmland, part national park, there are a number of burnt out patches in the area around Beeri these days. "We do all we can to make sure more damage does not occur," says Cohen, who sets off on his tractor and tries to extinguish the flames by dumping dirt on them.

The Beeri kibbutz stands quietly in the midday sun. Just a few kilometers away, a high-security fence cuts it off from Gaza and its 2 million residents. The barrier construction, however, does little to prevent what the Israeli media has taken to calling "terror kites" from floating onto Israeli land. The kites consist of homemade airborne devices such as plastic bags or helium-filled balloons fitted with incendiary agents. The wind carries them out of Gaza, and they can set fields and forests on fire when they return to the ground. "It usually starts in the early afternoon, when the wind blows in our direction," says Rami Gold, a kibbutz resident and mountain bike maker. He is on call every day to assist Cohen and the local fire department in putting out fires or to look for unexploded devices. Local authorities say that fields, forests and protected areas have been hardest hit. Several farmers in the area have begun harvesting early and the Israeli government has promised compensation. 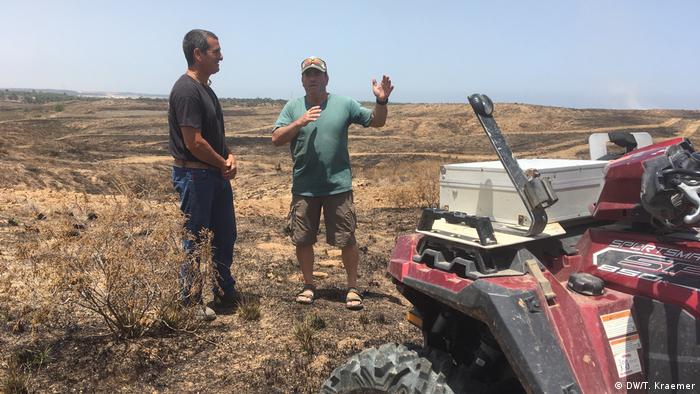 Cohen says he used to have a lot of contact with Gaza residents because many Palestinians came to Beeri for work, but he does still sell Gazans cows. Now the Israeli government is investing roughly €1 billion ($1.16 billion) into the construction of subterranean fencing that it says is to prevent fighters from Hamas, the organization that controls Gaza, from tunneling into Israeli settlement areas. Bomb shelters and a high-tech missile defense system have also been set up nearby to defend against rocket attacks launched from Gaza.

The Israeli military has now begun using drones to shoot the balloons out of the sky before they can do damage in Israel. But the army has yet to come up with a long-term solution to the problem posed by the improvised airborne devices. 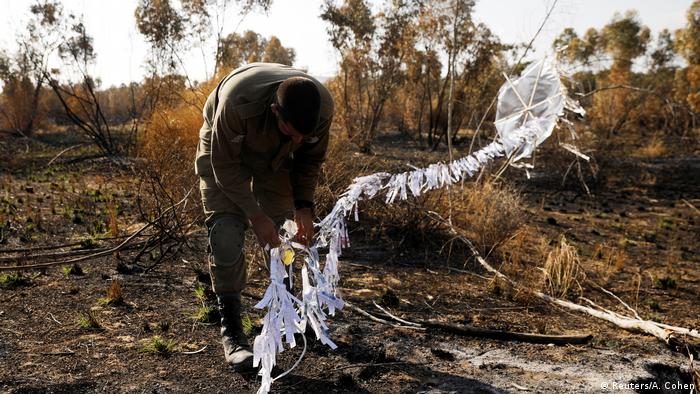 The first such devices were set aloft by Palestinians during mass demonstrations in Gaza in late March. Over the last several weeks, tens of thousands of Palestinians have continued to protest along the barrier fence against Israel's blockade of Gaza, which it initiated along with Egypt in 2007.

Israeli sharpshooters have so far killed 128 Palestinian protesters and the Palestinian Health Ministry says thousands have been injured. The drastic approach taken by the Israeli army has been sharply criticized around the world. 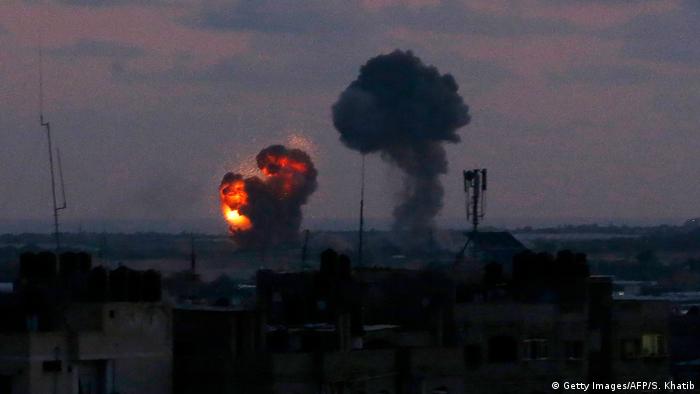 Calls for a crackdown on 'terror kites'

With each incendiary device that is launched, demands within Israel for a tough crackdown on so-called kite terrorism grow louder. While touring southern Israel, the country's minster for public safety, Gilad Erdan, called for a return to a policy of targeted assassinations. On Sunday, the Israeli military announced it would, "answer acts of terror with increasing intensity."

Read more: Former Israeli PM voices doubts over use of force in Gaza

Over the last few days the Israeli army has taken to firing warning shots near people about to launch incendiary devices. Hamas military posts were also attacked — apparently in an attempt to pressure authorities in Gaza to curtail balloon activity. The situation escalated once again early Wednesday when the Israeli army attacked some 25 targets in Gaza, in an operation it claims was in response to 45 rockets launched from the Palestinian territory. 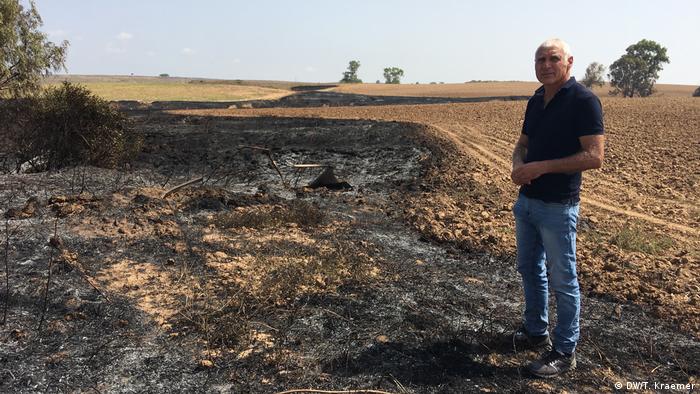 Haim Jelin, a Knesset representative for the Yesh Atid party and a resident of Beeri, says the threat posed by the balloons must be taken very seriously. "Now we have kites and helium balloons that look like toys," he says. "But that is not what they are." Jelin believes if Israel wants to avoid an escalation, or perhaps even a new war, it will have to improve the dire humanitarian conditions in Gaza. Israel's blockade of the territory has fueled an economic crisis there and a collapse in the standard of living.

Yet, seen against the backdrop of the current political climate in Israel, such initiatives would seem impossible. Thus, residents in Beeri are getting ready for a long and uncertain summer. "The most important thing is that residents are safe. The burnt trees can no longer be saved but the fields will recover when the first rains come this autumn," says Gold.