Israel seeks to outlaw filming of soldiers in action

The bill is a response to a video showing a detained Palestinian man being shot by an Israeli soldier. Critics says the aim is to curb army accountability, and vow to continue monitoring in the occupied territories. 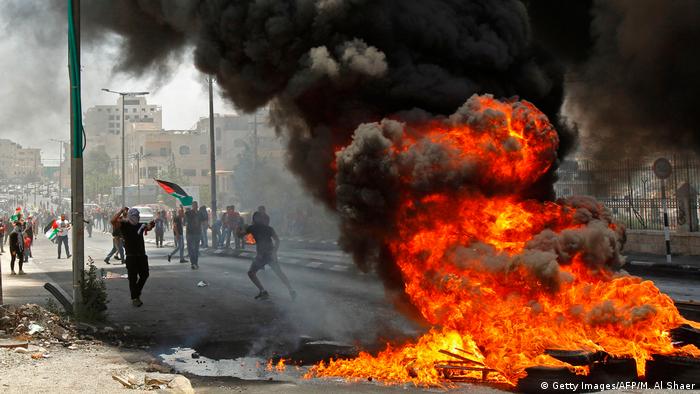 Israeli ministers approved a draft law Sunday that carries a maximum 10-year jail term for those who photograph or film Israeli soldiers with harmful intent, the justice ministry announced.

Critics say the law, which still must pass through a series if parliamentary debates, potentially poses a threat to free speech.

The ministerial committee on legislation backed the proposed bill that was put forth by the ultranationalist Yisrael Beitenu party. The bill would prohibit "people who film, photograph or record soldiers performing their duties in order to demoralize soldiers and Israeli civilians."

Human rights advocates often film Israeli soldiers on duty in the occupied West Bank in order to document the military's behavior, which is sometimes called into question amid allegations of abuse against Palestinians.

The Israeli human rights group B'Tselem filmed a Israeli soldier Elor Azaria as he shot dead an incapacitated Palestinian man in 2016. The video sparked international outrage and led to the Azaria being convicted of manslaughter in an emotionally- charged case that divided Israeli society.

"Israeli soldiers are under constant attack by Israel haters and supporters of terrorism who look constantly to degrade and sully them," he said. "We will put an end to this."

Anyone found guilty of filming or publishing footage "with intent to harm the morale of Israel's soldiers or its inhabitants" could be sentenced to up to five years in prison.

The term could be extended to 10 years if the intention was to damage "national security."

"This decision aims to cover up crimes committed by Israeli soldiers against our people, and to free their hands to commit more crimes."

The current wording of the bill stops short of a blanket ban but rather calls for stopping so-called "anti-Israeli and pro-Palestinian organizations" that spend "entire days near Israeli soldiers waiting breathlessly for actions that can be documented in a slanted and one-sided way so that soldiers can be smeared."

The legislation specifically names B'Tselem and several other human rights groups. It claims many of these organizations are supported by entities and governments with "a clear anti-Israel agenda" and that the videos are used to harm Israel and national security.

The ban would also cover social networks and traditional media.

Amit Gilutz, a spokeman for B'Tselem scoffed at the bill.