UN human rights chief Zeid Ra'ad al-Hussein has slammed Israel for its treatment of Palestinians in the Gaza Strip. He said its response to recent protests was "wholly disproportionate." 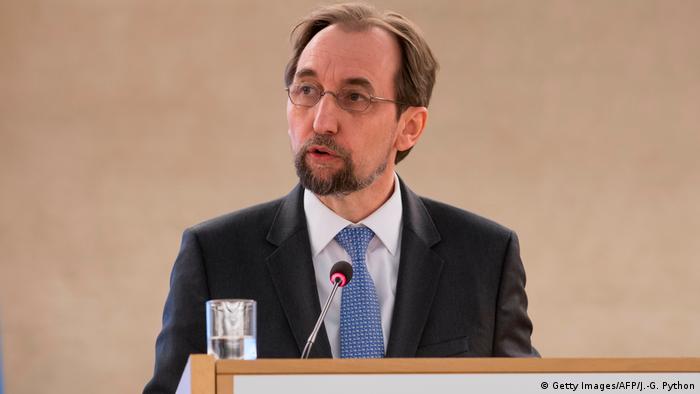 Israel has been keeping 1.9 million Palestinians "caged in a toxic slum from birth to death" in the Gaza Strip, UN human rights chief Zeid Ra'ad al-Hussein told a special session of the Human Rights Council on Friday.

His remarks come as the council began considering a draft resolution on sending an international war crimes probe to Gaza to investigate deadly shootings of protesters by Israeli forces.

What did Zeid say?

Possible violations: The Human Rights Council voted to send an international team of war crimes investigators to examine the deadly shootings by Israeli soldiers. Only the United States and Australia voted against the measure while 14 abstained, including Germany and the UK.

What has caused the Palestinian protests? Palestinians have been protesting at the Gaza border for some five weeks, calling for Palestinian refugees displaced during the establishment of Israel in 1948 to be allowed to return to their homes.

Why is the UN concerned?  Israeli forces have killed well over 100 Palestinians during the protests, including some 60 on Monday during demonstrations coinciding with the move of the US Embassy in Israel from Tel Aviv to Jerusalem.

What does Israel say to justify its actions? Israel says the harsh action taken by its forces were necessary to stop mass infiltrations from the enclave, run by the Islamist movement Hamas.