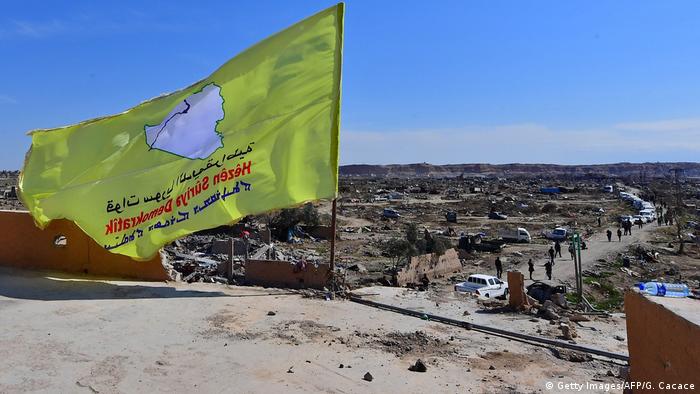 The UK-based Syrian Observatory for Human Rights reported Saturday that the "Islamic State" (IS) jihadi group killed at least 35 Syrian government soldiers and allied fighters in attacks over the past two days. According to the monitoring group, four senior army officers were among the dead.

The IS assault, which began on Thursday, took place in a desert area in the east of Homs province and north of the ancient city of Palmyra. The group carried out a separate attack in neighboring Deir Ezzor province on Thursday night, the Observatory said.

IS reportedly launched the attacks after government forces tried to track down its fighters.

Observatory chief Rami Abdel Rahman described the IS operation as the "biggest attack and the highest death toll among regime forces since the 'caliphate' was declared defeated."

Syria's US-backed Kurdish insurgents declared victory over IS almost a month ago. But commanders of the US-led coalition have repeatedly warned that the militant group's loss of their last piece of territory did not mean their elimination as a fighting force.

The Syrian Observatory for Human Rights also reported an attack in Syria's Aleppo city on Saturday. The war monitor said the attack, which was perpetrated by a former al-Qaida affiliate, killed 13 regime fighters.

The international community has been pushing for political reforms and constitutional changes in Syria to end an eight-year war, which has killed hundreds of thousands of people and displaced about half of Syria's population of 22 million.

Last year, Syria's opposition agreed to join the process of rewriting a new constitution under UN auspices, following a peacemaking conference in the Russian city of Sochi.

Moscow has been a close ally of al-Assad and in 2015 joined the Syrian war to support government forces.