Many right-wing European political parties are anything but shy when it comes to showing their pro-Russian sentiments. Millions of euros have also been deposited by Russian banks in the pocket of France's Front National. 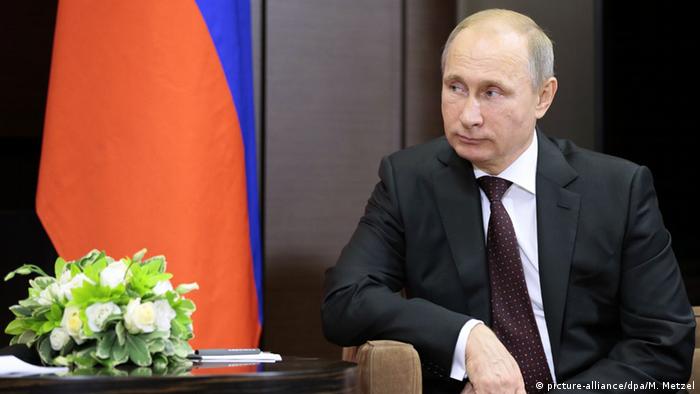 France's right-wing populist party, the Front National (FN), has denied claims in a media report which stated that they wanted to borrow 40 million euros ($50 million) from a Russian bank.

Amongst other things, the Front National needs this financial top-up to organize its Saturday (29.11.2014) party congress in Lyon.

For a long time now, the Front National has been accused of receiving Russian financial support. The head of the bank is also close confidant of Russian President Vladimir Putin.

With regards to political party funding in France, the National Front is in trouble, as they have allegedly received no loans from French banks. So the support from Russia has come in handy.

According to the Front National's European Member of Parliament (MEP), Jean-Luc Schaffhauser, the nine-million-euro loan was granted only because party leader Le Pen has a good relationship with Putin. 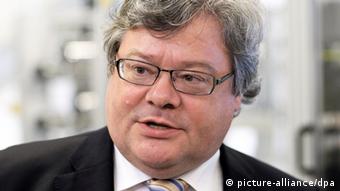 Marine Le Pen is a great critic of European sanctions against Russia. In interviews she has repeatedly stressed that she "admires Putin" and has accused the EU of pushing for a new Cold War. Le Pen is also critical of the French government for not delivering a warship to Russia because of the Ukraine crisis.

But Le Pen herself has also been subject to criticism.

"It's remarkable that a political party from the motherland of freedom can be funded by Putin's sphere - the largest European enemy of freedom," said Reinhard Bütikofer, an EU parliamentarian for the German Greens, in a DW interview. Putin, he says, is antagonizing European values by any possible means.

"But the fact that enemies of European freedom in Moscow are now doing business with Europe's radical right - that's a whole new can of worms," he warned.

In EU parliament, it's not only Le Pen and members of the National Front who have advocated Putin. Leader of the British right-wing UK Independence Party, Nigel Farage, and MPs of the "Alternative for Germany" party have also made Russia-friendly comments.

Pro-Russian sentiment in the EU parliament

Although pro-Russian voices were previously heard more often amongst the EU parliament's left-wing parties, a study by Hungarian policy research institute Political Capital showed that 15 of the parliament's 24 right-wing populist parties were "open" to Russia. 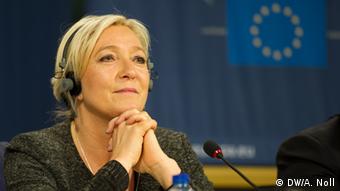 That means Putin's nationalist and authoritarian leadership style is admired not only by the National Front but also Hungary's Jobbik party - an avowed admirer of Putin's power games - is suspected of being supported by the Kremlin. According to the party's members, the offensive in Crimea is "exemplary" - something they believe Hungarian minorities in Slovakia and Romania could use to alter the Hungarian border.

Europe's radical right are by no means hiding that they want to weaken the European Union. It was this attitude that helped them to win votes at the last European election.

The scandal regarding the millions of funding, however, comes at a particularly inopportune time for the Front National.

Over the weekend, Le Pen is set to be re-elected as party leader - but the loan from the Russian bank could have legal consequences. French investigative judges have, in the meantime, been examining potentially illegal party funding in the party.

France's Front National leader, Marine Le Pen, had to admit defeat as her plan to form a far-right faction in the EU parliament by Tuesday failed. But Le Pen is still confident the group can form before July 1. (24.06.2014)

Angela Merkel prefers to avoid confrontation in domestic politics, but it's not always the case where foreign policy is concerned. For Vladimir Putin, she has turned out to be a formidable opponent, says Volker Wagener. (29.11.2014)

The EU isn't interested in tougher sanctions against Moscow, but in fresh talks - while Kyiv is expected to launch reforms to move the country closer to the European Union. (17.11.2014)