Is Germany's economy too dependent on China? 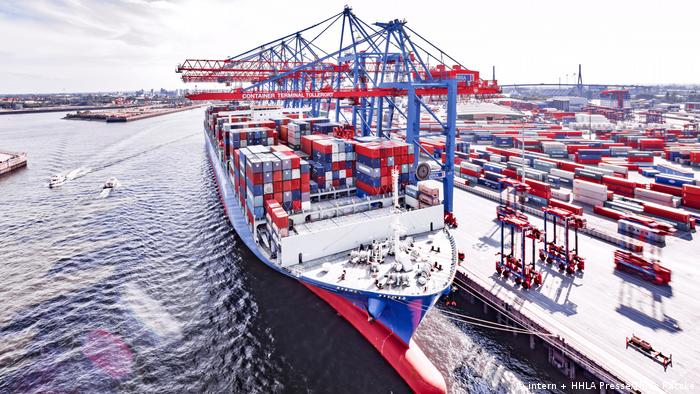 The Port of Hamburg, Germany's biggest seaport, is considered the country's gateway to the world. But above all, it is a gateway to China, which is the port's largest customer. In the first half of 2022 alone, more than 1.3 million containers from China arrived here.

Now, Chinese shipping giant COSCO wants to take a 35% stake in the harbor, and its operators would like that, too. They say this would make the container terminal a prime transshipment hub in Europe for the world's largest shipping company. But the Economy Ministry in Berlin has reservations and may not approve COSCO's investment in the Hamburg Port. The dispute over COSCO's involvement illustrates how rethinking ties with China impacts the German economy.

Germany's dependence on Russian gas has proved to be a weak point following Russia's invasion of Ukraine. This realization has led the government to revisit the country's relationship with China as well. Some 5,000 German companies operate in China today.

How to deal with an autocracy that has been Germany's largest trading partner for years? How to deal with the country that EU documents refer to as a "partner,” a "competitor” and "strategic rival” — with the balance shifting toward the latter?

Habeck: 'The naivety towards China is over'

German Economy Minister and Vice-Chancellor, Robert Habeck from the Green Party, has already announced a "more robust trade policy" toward China. "The time of naivety toward China is over," Habeck declared in mid-September after a meeting of G7 economy ministers.

Back in May, Habeck denied the VW Group guarantees for investments in China. That came as a shock: For decades, German companies' business in China had been backed by guarantees on both investments and exports.

"In the near future, if German companies want to invest, if they trade with China, they are likely to do so at their own risk and will no longer be able to rely on government guarantees and safeguards," says China expert Tim Rühlig of the German Council on Foreign Relations (DGAP). He sees a change of course: the German government "no longer wants to provide incentives for German companies to expand business in China," Rühling tells DW in an interview.

But that does not stop them from doing so anyway. According to a study by Jürgen Matthes, an economist with the German Economic Institute (IW), the German industry invested around €10 billion in China in the first half of this year alone — a record figure.

Car manufacturers and chemical companies in particular are continuing to seek a foothold in the Chinese market. According to a study published by the Rhodium Group in mid-September, the four German industrial giants — carmakers VW, BMW, Mercedes and chemical company BASF — alone account for a third of European direct investment in China. 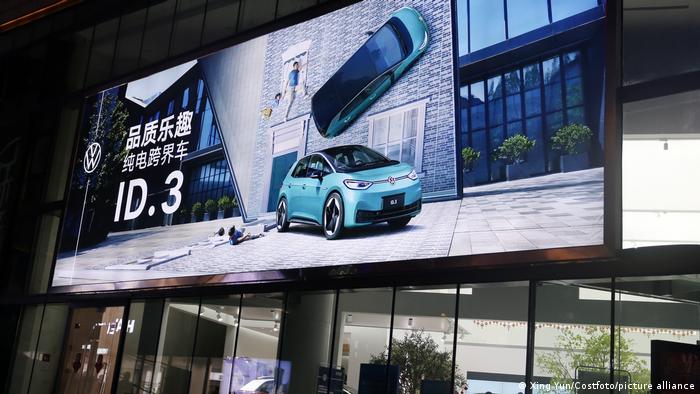 Volkswagen is one of the major German investors in China

Or is the dependence overestimated?

80% of European investments are made by just 10 large European companies, according to Jörg Wuttke, president of the European Chamber of Commerce in China. "The others are not leaving China, but are currently interested in other countries for new investments and are also thinking about diversification," Wuttke observes.

Europe's top ten companies, however, are heavily reliant on China, he warns, pointing to dependence on China for imports of rare-earth elements, preliminary products for the pharmaceutical industry, and for photovoltaic systems. But dependence on China is fundamentally different from reliance on Russian energy, he says: "We have a pipeline with oil and gas from Russia. But from China, we have a 'pipeline' with toys, furniture, sports equipment, clothing, shoes. Most of those products — I would say 90% of them — are easily replicable elsewhere."

Around 3% of German jobs depend on exports to China, economist Matthes points out. "That's over 1 million jobs. That is a considerable number, but over 45 million people are employed in Germany today," he says, and concludes: "On a macroeconomic level, the dependence on China as an export market is relevant, but it's not as huge as media reports often make it out to be." 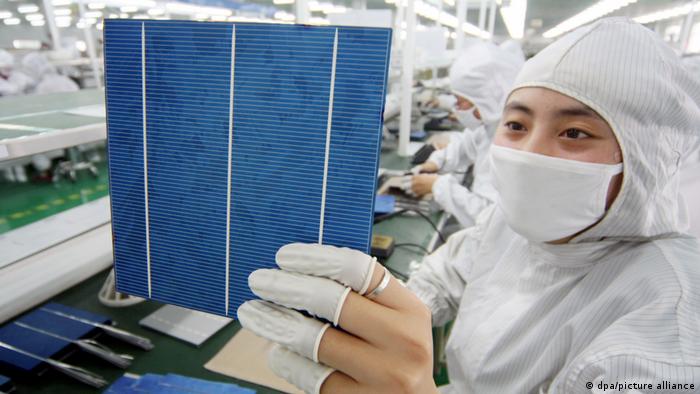 Important for the energy transition: Solar cells from China

Pressure from the Green Party

Nevertheless, within Germany's new center-left coalition government of Social Democrats (SPD), neoliberal Free Democrats (FDP) and environmentalist Greens, the latter in particular are putting pressure on companies to rethink their ties with China.

At the beginning of September, Foreign Minister Annalena Baerbock told business leaders: "We can't afford to just hope that things won't be so bad after all with these autocratic regimes." The Green Party politician, who stands for "a values-based and feminist foreign policy," announced the development of a new China strategy as part of a new National Security Strategy. "It is important to the German government and to me personally that we transfer what we have learned from our dependence on Russia to our new China strategy," she says.

The Economy Ministry is considering ways to encourage companies to turn to other Asian countries, instead of China. Government investment and export guarantees are being reappraised. The government-owned KfW Bank is to examine whether it could scale back its China program and instead offer more loans for business in countries including Indonesia.

Last year, the Federation of German Industries (BDI) was already debating rules for foreign trade policy cooperation with autocracies. It suggested a "concept of responsible coexistence in foreign economic policy and clear boundaries for any cooperation."

For many managers, however, the change of course in the Economy Ministry goes too far.

Chinese investments should be welcome in Germany and Europe, he insisted. Whether this should also apply to the specific case of COSCO's entry into the Hamburg Port, however, Strack did not want to say.

Is the energy crisis the final nail in Germany's export-dependent economic model?

China's creeping media influence and how democracies can repel it