Irish PM Leo Varadkar says he's "given up speculating" on whether the UK will strike a deal with the EU. His agriculture minister insists Ireland would need "mega money" from the EU to cope with a no-deal Brexit. 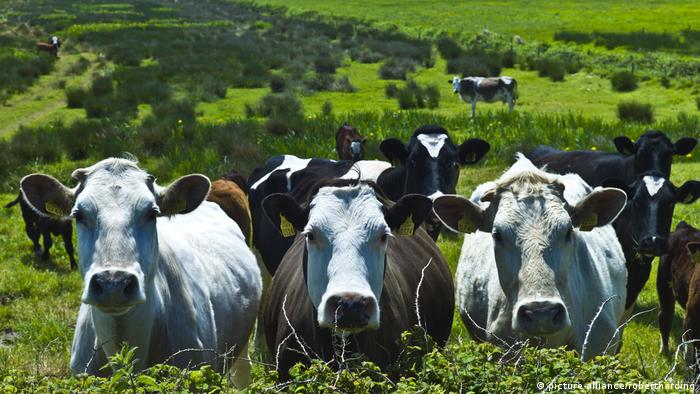 The Irish government could be forced to ask the European Union for hundreds of millions of euros of economic aid, should Britain crash out of the bloc without a deal.

That was the assessment of Irish Agriculture Minister Michael Creed, as he was asked what would happen if a no-deal Brexit were to become a reality.

Ireland, which relies heavily on its fishing and farming sector, would be the EU member most exposed to the economic dangers of a no-deal scenario.

"I think nobody wants to talk about it right now because there is still a hope and expectation that a level of sanity will prevail," Creed told the Irish Independent newspaper on Thursday.

However, Creed said he acknowledged that the odds on Britain crashing out of the EU had shortened considerably in the past weeks. Such a move could see problems for Irish farmers in accessing the UK market as before.

"I think we would get help. It's all about the level of help," Creed said.

"You're looking at hundreds of millions here. Between the beef industry and the fishing industry we're talking mega-money," Creed said.

Meanwhile, Irish Prime Minister Leo Varadkar said he had "given up speculating at this stage" about whether or not Britain would finally strike a deal.

Varadkar, speaking after a "brainstorming" phone conversation with German Chancellor Angela Merkel, reaffirmed that Ireland would not accept a Brexit deal that did not guarantee there would be no hard border on the island of Ireland.

"All along the way, we have been doing our best to assist the UK in solving the problems that it is creating for the rest of us. And we will continue to do that, but there is a limitation," said Varadkar.

His conversation with Merkel focused on the ratification of the Withdrawal Agreement, which is due to go before the UK parliament this month.

The chances that British Prime Minister Theresa May's Brexit bill will be passed by MPs look slim. Defeat would leave the whole process in limbo, increasing the chances of leaving without a deal on March 29.

Britain's Guardian newspaper reported late on Thursday that some 1,000 English and Scottish police officers would start training for deployment to Northern Ireland in the event of a no-deal Brexit.

The plans were drawn up after Northern Irish police chiefs asked for reinforcements to deal with any trouble that might arise from a hard border. It's feared that such a move would inflame tensions in Northern Ireland, and complicate efforts to restore the province's power-sharing agreement between nationalists and loyalists, which collapsed in 2017.

A messy Brexit without a London-Brussels deal would land Germany a substantial bill, EU commissioner Günther Oettinger has warned. He reckons Britain's parliament will opt in January for a formal divorce. (27.12.2018)

In 2016 an overwhelming majority in Ramsgate on the UK's southeast coast voted to leave the EU. Given the ongoing chaos, how do people in Brexit-heartland feel now? Sarah Bradbury reports. (23.12.2018)