Iran has said a satellite launched to gather environmental information has failed to reach orbit. Washington had expressed concern that Tehran's satellite program could help it in developing ballistic nuclear weapons. 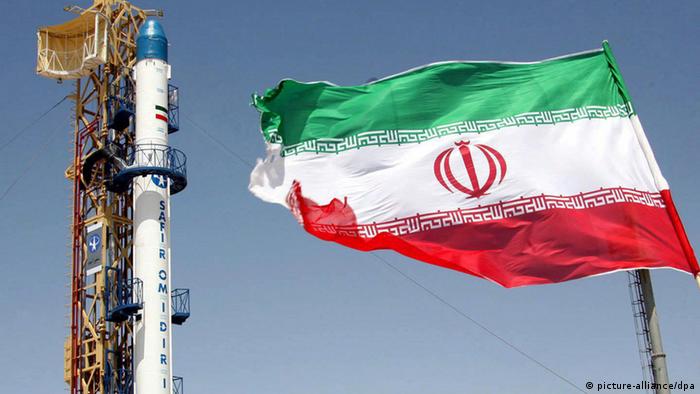 Iran announced on Tuesday that one of its satellites had failed to reach the "necessary speed" to achieve orbit.

Telecommunications Minister Mohammed Javad Jahromi told Iranian state television that the rocket carrying the satellite had passed the first and second launch stage, but that it had developed problems in the third phase.

"Payam satellite was successfully launched this morning with the Basir satellite carrier. But the satellite unfortunately failed to be placed in the orbit in the last phase," said Jahromi.

State television said the two satellites would be used to gather information on the country's environment.

Iran normally shows off its achievements in space in February, when the country marks the anniversary of the 1979 Islamic Revolution. In the past decade, Iran has sent several short-lived satellites into orbit, and has launched a monkey into space.

However, the US and its allies have expressed concern that the space program may be being used as a foil for Iran's nuclear ambitions.

Earlier in January, US Secretary of State Mike Pompeo said Iran's plans to launch the satellites into orbit would violate a UN Security Council resolution made in 2015. Resolution 2231 demanded that Iran refrain from any activities using ballistic missiles capable of delivering nuclear weapons.

Iran has denied that the satellite program is linked to any nuclear ambitions, claiming it is part of a civil project with purely scientific aims.

Tehran says it is sticking to the terms of a 2015 nuclear deal that limits the enrichment of uranium in exchange for nuclear sanctions.

US President Donald Trump withdrew America from the deal last May, although European signatories to the treaty maintain that it is an important component of international security. However, Britain, France and Germany joined the US in criticizing Iran's launch of the Simorgh space rocket in August last year.

American sanctions are supposed to paralyze Iran's economy and put pressure on the government. But their far-reaching effects are blocking societal progress and leading to greater oppression. (30.12.2018)

Iran's Revolutionary Guard has launched a second satellite into orbit, according to state media. The US has alleged Iran's satellite launches defy a UN Security Council resolution.

Tehran has launched a satellite-carrying rocket into space with three devices onboard. The move, which comes amid ongoing talks, is expected to anger Washington.

North Korea said it checked cameras and other systems during a test of "great significance" for the development of a reconnaissance satellite, after Pyongyang was accused of launching a ballistic missile.