Iran braces as US prepares to reimpose pre-JCPOA sanctions | Middle East | News and analysis of events in the Arab world | DW | 02.11.2018

Iran braces as US prepares to reimpose pre-JCPOA sanctions

An already-reeling Iran is preparing for the United States to reimpose all pre-2015 sanctions. The European Union has declared a general intent to assist Iran, but concrete steps in that direction are not yet evident. 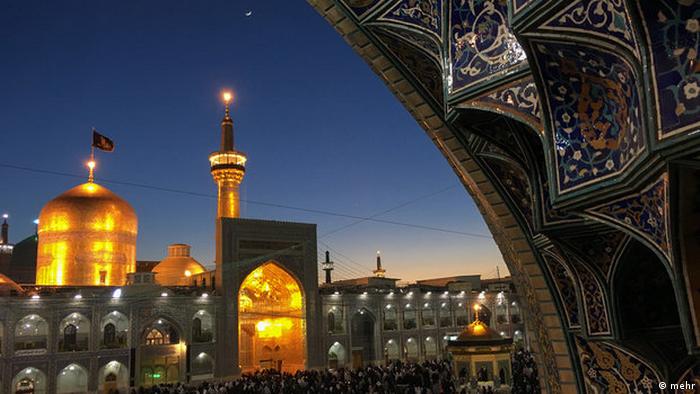 On Friday, President Donald Trump announced that the United States would reimpose all pre-2015 US sanctions on Iran. Trump had previously said he intended to end the country's oil exports through "the toughest sanctions in history." The reimposed measures will also target Iran's shipping industry and its ability to conduct international financial transactions.

The US president has justified the sanctions by alleging that Iran is a state sponsor of terrorism and is sowing chaos and violence in the Middle East.

The response from Iran has thus far been defiant. "We are not scared by US sanctions," President Hassan Rouhani said in October. He said the United States was seeking "to undermine the legitimacy of the Iranian system through psychological and economic warfare."

Iran's government has created a number of working groups in an attempt to alleviate the public suffering caused by sanctions. Nevertheless, Rouhani admitted during a Cabinet meeting on Wednesday that "the situation has been difficult for the Iranian people over the last few months and it may remain difficult in the months ahead."

The effects of the first round of sanctions, which went into effect on August 6, are apparent. Iran's currency is now worth half of what it was in April. Currently, $1 (€0.88) will buy 170,000 Iranian rials — one year ago, it was 32,000 rials. Prices for essential goods have skyrocketed, too, and the looming collapse of Iran's oil exports after November 5 threaten to bring the country to its knees economically. About 40 percent of Iran's economy depends on oil income. Media sources, however, have reported that several countries may be exempted from oil purchases that would be otherwise prohibited by the sanctions, including South Korea, Japan, India , Iraq and Turkey.

Iran's automobile industry, second only to oil and petrochemicals in size, has also been hit hard. Production has plummeted by 40 percent since the first round of US sanctions went into effect on August 6. "We were counting on our European partners," as Mohammad-Reza Najafimanesh, the chairman of Iran's Automotive Parts Manufacturers Association, told DW. Yet, EU companies such as Germany's VW and Daimler and France's Peugeot have all pulled out of Iran after a short-lived period of cooperation.

"We didn't expect Europe to simply end cooperation and give up its businesses," Najafimanesh said. "Everyone knows how much potential there is here. And Iran is upholding its end of the nuclear deal. The situation is harming us greatly." 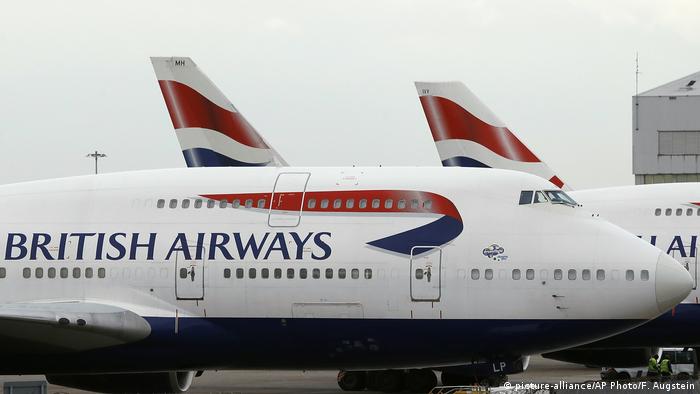 When the US initiated the first round of sanctions, EU airlines quickly cut flights to Tehran

EU leaders had wanted to maintain the terms of the Joint Comprehensive Plan of Action, the formal name of what is more commonly referred to as the Iran nuclear deal. So did their counterparts in China and Russia, which are also signatories. To give Iran further incentive to stay within the boundaries of the deal, the European Union would create a new institution, known as a special purpose vehicle, to facilitate "legitimate financial transactions" as a way around the unilateral US sanctions. The SPV would enable EU companies to carry on doing business in Iran and officials say it could also be used by partners outside of the bloc.

Still, it is unclear when the institution would be operable — or even where it would be based. EU member states fear US retribution and have been extremely cautious about the project. "Although we have no new information to pass along, we remain clear that Iran must continue to be able to conduct financial transactions and export oil, gas condensate, mineral oil and petrochemical products," a representative for EU foreign policy chief Federica Mogherini, who announced the plan to create the SPV in late September, told DW.

But the clock is ticking. In mid-October, the United States issued sanctions against 20 Iranian companies and banks with ties to the Islamic Revolutionary Guard, which controls a vast business empire within the country. Parsian Bank, which has played a key role in the import of medical and agricultural goods, is one of the institutions targeted by the United States. "The USA wants to show that they are watching all of the Revolutionary Guard's financial transactions very closely," the journalist Reza Haghighatnejad. "At the same time, they want to make clear just how costly indirect business dealings with the Revolutionary Guard can be."

Above all, the measures affect Iran's most vulnerable people. Although medicine is not explicitly targeted by the sanctions, the import of raw materials used by the pharmaceutical industry for the production of specialized drugs has been made extremely difficult. The New York-based nongovernmental organization Center for Human Rights in Iran has called on the international community to establish mechanisms that safeguard the delivery of essential goods to Iran. Otherwise, according to the organization, there could be harmful economic and social consequences for millions of Iranians "as a result of the ongoing mismanagement of the Iranian government paired with pending US sanctions."