Germany′s new strategy to deal with Donald Trump | Germany | News and in-depth reporting from Berlin and beyond | DW | 24.08.2018

Germany's relationship with the US used to be a close friendship, but under President Trump, it feels like anything but. Foreign Minister Heiko Maas is arguing for a "balanced partnership" as counterweight to the US. 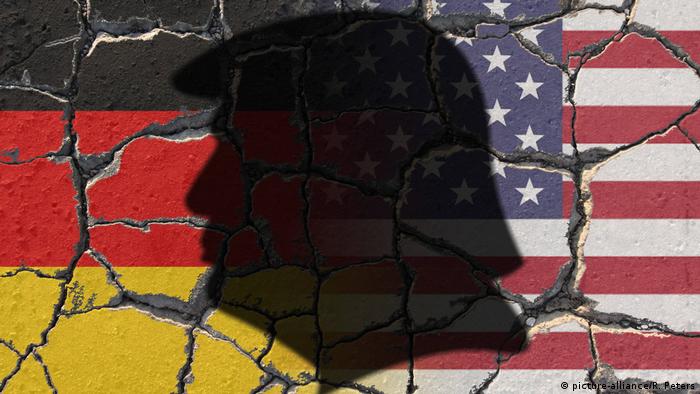 He's been observing Donald Trump's politics for five months in his new capacity as German foreign minister. Now Heiko Maas has reacted — to the US's withdrawal from important agreements, the damage to German interests, to Trump's accusations, attacks and lies. Maas has written a commentary for the Handelsblatt newspaper on realigning the trans-Atlantic relationship, headlined "We will not allow the US to go over our heads."

Maas knows how important the United States is, was, and will continue to be for Germany. He knows that "since the end of the Second World War, the partnership with the United States has brought Germany a unique phase of peace and stability," that trade with the US secures German prosperity, and that the defense of Europe is unthinkable in the immediate future without the United States. However, he also speaks of red lines being crossed.

Putting Europe on the map

Maas believes Europe must be in a position to form a counterweight to the US and act with sovereignty. "Europe United" is what Maas wants to be able to put on the scales "when America retreats."

Jan Techau of the the American think tank The German Marshall Fund sees the article as a "call to make a success of the big European project and finally put Europe on the map."

In order to improve Europe's strategic position, Germany's top diplomat has called for the establishment of a European security and defense union. Maas sees the increase in military spending in Germany, vehemently demanded by Donald Trump, as a trans-Atlantic contribution — but to him, higher expenditure only makes sense as a "separate European project for the future."

Until that happens, Maas sees the EU as a stronghold of rule-based order, one that abides by accords such as the Paris climate agreement, WTO rules and UN resolutions. With the US increasingly unavailable as a reliable partner, Maas wants to work more closely with like-minded countries such as Canada, Japan or South Korea and build a "multilateral alliance, a network of partners […] committed to sticking to the rules." 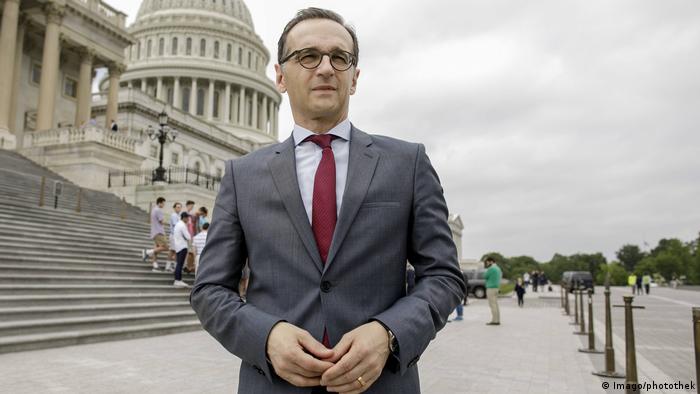 Building a front against Trump

The German foreign minister emphasizes that no one is excluded from this, and "the door is wide open – above all to the US." However, Jan Techau interprets it as "building a front against Trump at an informal level." And Omid Nouripour, the Green Party's foreign policy expert, sees it more as an awareness on the part of the remaining multilateralists "that they have to work together: partly against the Americans, partly without the Americans."

Maas outlines how Europe can defend its own interests against Donald Trump's attacks. For the foreign minister, Trump's unilateral withdrawal from the nuclear deal (JCPOA) crossed a "red line." Trump replaced an international agreement that was aimed at making the region safer with a US sanctions regime that could bleed the Iranian economy dry. Europe "must form a counterweight — as difficult as that can be," he says. 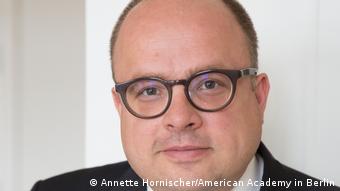 Techau: European allies are 'building a front against Trump at an informal level'

In order for Iran to be able to remain afloat economically, and also for European companies not to suffer under the sanctions, Maas suggests "establishing payment channels independent of the US." The German foreign minister also calls for alternatives to the existing SWIFT payment transfer system. For the German Marshall Fund's Techau, this is a "real whammy" and a "double attack" on Trump's politics.

Even though other payment systems are difficult to set up and SWIFT, the organization for the global transfer of money, can hardly be overturned, Techau says this would be a "serious attack on US dominance in the financial sector," adding that any possibility of keeping Iran in the financial system would constitute a front against Trump's sanctions. Chancellor Angela Merkel is skeptical, though, which means the SWIFT suggestion is unlikely to come to pass.

Omid Nouripour thinks creating a counterweight in the dispute about the nuclear agreement is the right thing to do. "What we're doing is attempting to save the agreement, to prevent the nuclearization of our neighboring region in the Middle East," he says. This aside, however, the Green parliamentarian told DW he felt the new tone being taken with the US was too strong. 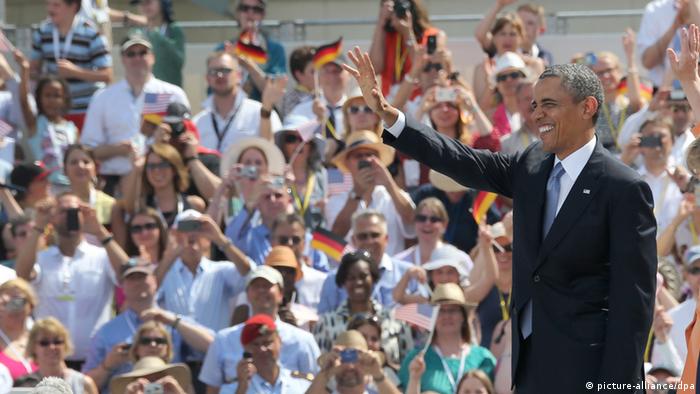 Are Europe and the US drifting apart?

Heiko Maas notes a general estrangement from the United States: "The US and Europe have been drifting apart for years. The overlapping of values and interests that shaped our relationship for two generations is decreasing," he writes. Nouripour doubts this. Instead, he believes that, although Trump is a problem, "the depth of the partnership of values" still exists. After all, he points out, people loved Trump's predecessor, Barack Obama.

The foreign policy spokesman of the CDU/CSU parliamentary group, Jürgen Hardt, believes that both Heiko Maas' analysis and his outlook are too pessimistic. Something has indeed changed in the relationship between Germany and the US, he says, but he believes the disputes with the US — over tariffs on cars, for example — could open Trump's eyes and remind him of the strengths of the trans-Atlantic relationship.

Ministers, Chancellor and opposition all agree that the relationship with the US cannot just be "business as usual." However, the opposition doubts that Maas will be able to implement his strategy. The Left Party politician Helin Evrim Sommer, for example, welcomes "the call for greater political independence from the US," but told DW she thinks Maas will be "called to heel" by Angela Merkel.

Think tank expert Techau regards Maas' proposals as ambitious, but doubts that Europe will be able quickly to become a strategic alternative to the United States. It simply lacks the means to do so when it comes to defense, he says. "However, we can be a counterweight of good intentions. In order for Europe to advance strategically, its military capabilities need to be hugely expanded, the euro politically strengthened, and refugee policy clarified," he explained.

The question remains of how Maas' considerations will be received on the other side of the Atlantic. Omid Nouripour believes Trump's supporters will feel provoked, but liberal America will see it as confirmation that Trump "is wrecking a lot of things." At any rate, Heiko Maas is not prepared just to wait for Trump's presidency to end. Germany's foreign minister writes that he is "skeptical when some ardent trans-Atlanticist simply advises us to sit this presidency out."

How will a new German government shape its relations with the United States? 11.10.2021

For decades, the United States was the global policeman. As it reconsiders its role and builds new alliances, any new German government will have to adjust.