Iran's President Hassan Rouhani has said that Iran will bypass "illegal and cruel" US sanctions. However, history shows that skirting sanctions have had catastrophic economic effects for Iran, says DW's Jamshid Barzegar. 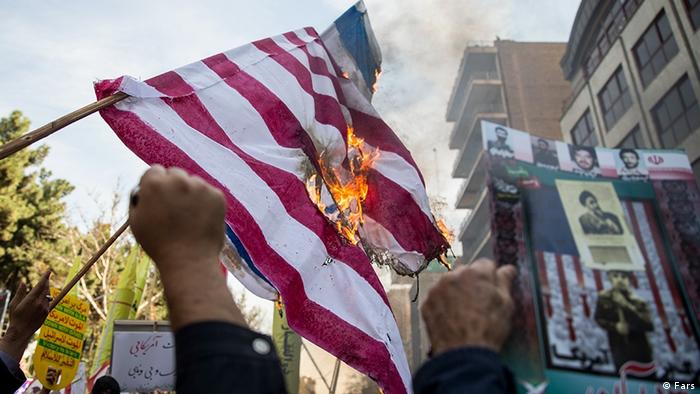 When he was elected in 2013, Iran's President Hassan Rouhani sharply criticized his predecessor Mahmoud Ahmadinejad for widespread corruption, which was partly a result of an attempt from Tehran to bypass US and UN-imposed sanctions.

Before signing the Iran nuclear deal that eased these sanctions in 2015, Iran tried to bypass the US and UN by selling its oil through undercover government and private channels.

This strategy laid the groundwork for unprecedented corruption, which included Iran's Revolutionary Guard, the police and even private citizens who sold Iranian oil on the black market. This allowed sizable fortunes to amass, with millions of US dollars never finding their way to Iran's tax coffers. 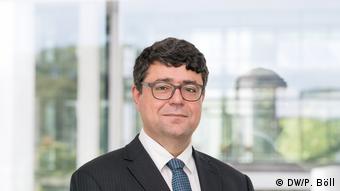 At the time, Former President Ahmadinejad was proud of Iran's entrepreneurial prowess and Supreme Leader, Ayatollah Ali Khamenei, described bypassing sanctions as a wise way to confront "the enemy."

"I deem it necessary to thank the people who are working hard to make the sanctions ineffective," said Khamenei in 2011. "It is necessary to use all the correct, logical, clever and wise techniques in this regard."

But only two years later, Rouhani came into office and promised to stop bypassing and establish transparency to fight massive corruption rooted at the heart of the regime.

Now it seems Rouhani has forgotten his sharp criticism, which was welcomed by experts and voters. He admits the Iran will bypass sanctionsonce again "with great pride." He omits the consequences for the Iranian economy, which is still suffering from the country's former attempt at bypassing sanctions.

The bypass process has already started. Iranian oil tankers have completely disappeared from the  radar since the end of October. During the previous round of sanctions, Iran stored oil on huge tankers sitting off the coast because it eases the clandestine sale of oil.

According to the Stockholm-based oil tanker observation website TankerTracker.com, 11 million barrels of oil are stored on six ships in the Persian Gulf.

Those tankers are not totally in dark as satellites can locate their position. However, who is selling the oil to whom and for what price remains unclear. Another question is how will revenues generated by illegal oil sales reach Iran's treasury?

Many Iranian's who voted twice for Rouhani now accuse him of lying or at least forgetting his promises including for more socio-political transparency, fighting corruption and solving economic problems through diplomacy.

One thing is certain: The government can't meet these expectations only by bypassing sanctions. Returning proudly to a flawed strategy that is a proven failure is just another sign that Rouhani has not been able to fulfill his promises.

North Korea hints it may resume nuclear tests 0m ago