Delegations from Washington and Tehran are participating, although direct contact is not on the table. The US has cautioned against high expectations. 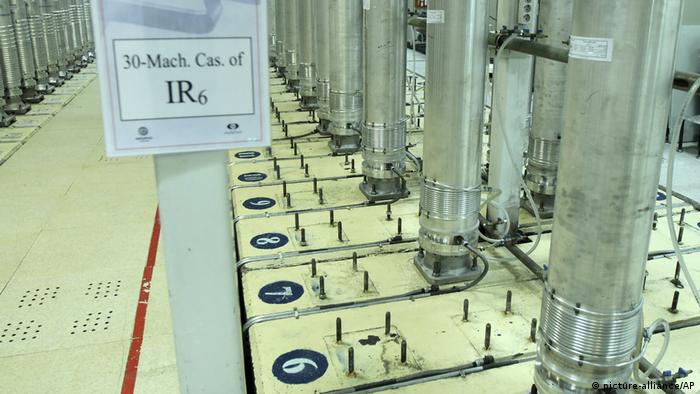 The remaining signatories to the 2015 Iran nuclear dealmet on Tuesday in Vienna for the first round of talks since US President Joe Biden took office. A US delegation took part indirectly.

Diplomats from Russia, China, France, Britain and Germany joined their Iranian counterparts for consultations that aim to pave the way for Washington's return to the Joint Comprehensive Plan of Action (JCPOA).

Tehran said before the meeting that there would be no direct contact between Iranian and US diplomats as the latter was no longer a signatory of the deal — but would be kept up-to-date as the talks progress.

Government spokesman Ali Rabiei welcomed on Tuesday recent "promising" comments from the US suggesting it may lift sanctions on Iran.

"We find this position realistic and promising. It could be the start of correcting the bad process that had taken diplomacy to a dead end," Rabiei said.

A 'constructive' step, says US

Initial talks by the US' partners in Vienna on Iran were "a constructive and certainly welcome step," State Department spokesman Ned Price told reporters while noting that the United States has not directly participated.

US and Iran in a deadlock

The 2015 agreement to keep Iran's uranium enrichment in check was undermined in 2018 when former US President Donald Trump unilaterally withdrew from the deal and imposed sanctions on Iran.

In response, Tehran carried out progressive violations of the JCPOA and increased its enriched uranium reserves.

Biden has shown interest in returning to the deal, but both sides are stuck in a deadlock.

The US has demanded as a prerequisite that Iran end its uranium enrichment that is in violation of the deal, while Iran demands the US lift the sanctions imposed by Trump first.

Rabiei expressed ambiguity on Tuesday over the direct outcome of the meeting. But he told journalists in Tehran that he thought the various parties were on track to reach an agreement.

"We are not optimistic nor pessimistic about the outcome of this meeting now, but we are confident that we are on the right track, and if America's will, seriousness and honesty is proven, it could be a good sign for a better future for this agreement and ultimately its full implementation," Rabiei said.

The nuclear deal, first signed by then-President Barack Obama, is seen as an important tool to prevent Iran's acquisition of nuclear weapons.

The plan allowed for economic cooperation between Iran and the US rather than punitive reactions to Iran taking steps towards nuclear armament.

Iran's strategy 'is playing out' as planned, Iran expert says

Iran will go to the polls in June to vote for a new president. The current president Hassan Rouhani, seen as a moderate in Tehran, will not be able to stand again.