As US President Joe Biden wraps up his first month in office with appearances at two major international meetings, what are the new steps towards international cooperation the US has taken? 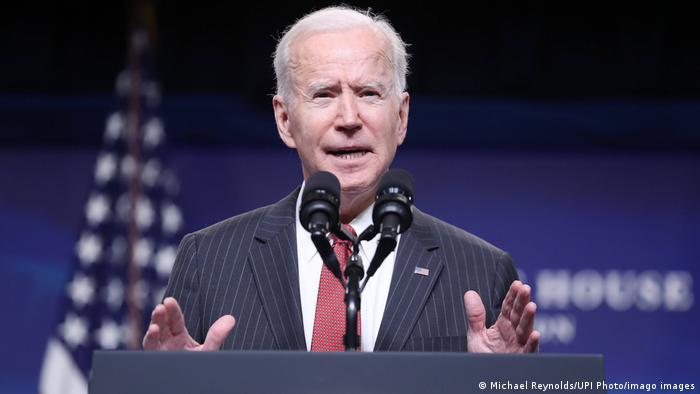 Biden will address the G7 and Munich Security Conference on Friday

Joe Biden on Friday made his first appearance as US president at an international summit and a major transatlantic security policy conference, with remote formats allowing him to speak at both a G7 meeting and the Munich Security Conference.

Biden is due first to speak about the global fight against coronavirus at the G7 summit of major industrialized countries. Later, he will deliver an address at the Munich Security Conference, an annual event covering international security policy.

The president's appearance at the conferences comes along with hopes that the US is returning to multilateralism after four years of "America First" policies under former-President Donald Trump.

Here is a summary of steps Biden wants the US to take soon.

In his presidential debut at the G7 summit, Biden addressed the leaders of the UK, France, Germany, Italy, Canada and Japan.

The US president said the leaders of the world's most industrialized nations must foster economic growth in their own countries to aid global recovery as the coronavirus pandemic enters its second year.

Biden's administration is currently working to pass a $1.9-trillion economic stimulus bill to bolster the US economy.

Biden called on G7 members to help ensure equitable access to vaccines around the world.

On Friday, White House officials announced that the US would donate $4 billion (€4.6 billion) to the UN's COVAX drive to provide vaccines to poorer countries. The US had refused to participate under ex-President Trump.

Appearing at the Munich conference as a private citizen two years ago, Biden received a standing ovation after promising that the US "will be back."

Hot button issues with China include the crackdown on the Hong Kong pro-democracy movement, imprisonment of Uighur Muslims, and a military build-up in the South China Sea.

On Russia, the US president will address actions from Moscow that Washington says seek to undermine Western democracies, including allegations of cyberattacks and social media influence campaigns. The Kremlin continually denies participating in any such action.

Ahead of the two conferences, the White House announced late Thursday that it would be willing to sit down with Iran to discuss reviving the 2015 nuclear agreement between Tehran and world powers.

The deal exchanged sanctions relief for Iran drawing down its nuclear weapons enrichment. Trump took the US out of the agreement in 2018 and reimposed sanctions on Iran in a "maximum pressure campaign."

The European Union heavily supported a diplomatic solution to curbing Iran's nuclear program. The US State Department said the US is open to again participate in meetings with the deal's signatories, known as the "P5+1." The US has not participated since 2018.

On Friday, Iran's Foreign Ministry said it would "reverse" increasing its nuclear program if sanctions were lifted. Biden has previously said the US would not lift sanctions and wanted to see Iran adhere to the limitations set by the accord first.

The Biden administration has previously signaled it would consult with Israel prior to rejoining the Iran deal. Israeli Prime Minister Benjamin Netanyahu is staunchly against the agreement.

Biden's appearance at the two conferences comes on the day the US officially rejoined the Paris climate agreement, a landmark international accord to reduce climate change by reducing emissions. Trump pulled the US out of the Paris agreement shortly after taking office in 2017.

"Climate change and science diplomacy can never again be 'add-ons' in our foreign policy discussions," Secretary of State Antony Blinken said on Friday.

Blinken said "addressing the real threats from climate change" would be at the center of Washington's domestic and foreign policy priorities.

Now, global climate action groups hope the US will honor billions of dollars in pledges to the Global Climate Fund.

In January, US climate envoy John Kerry promised that Washington would "make good" on its climate finance promise.