Iran nuclear deal participants have agreed to meet for talks in Vienna on the return of the United States to the accord. Mediators are to hold "separate contacts" with US representatives in the Austrian capital. 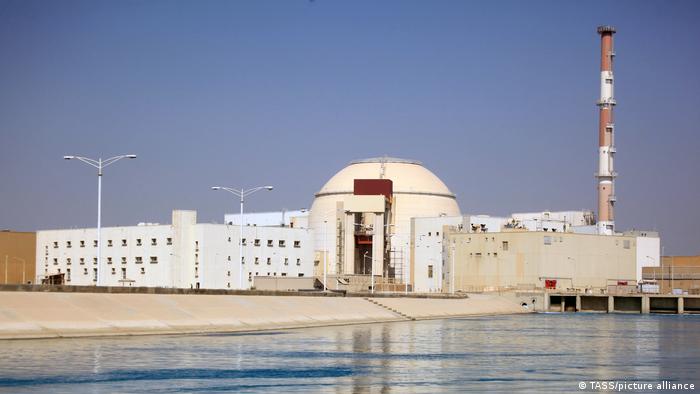 Iran and the major powers in the 2015 nuclear deal on Friday said they were ready to welcome the return of the US to the agreement.

The European Union, China, France, Germany, Russia, Britain, and Iran agreed to further talks next week in Vienna, with separate contacts to take place with the US.

What's going to happen in Vienna?

The remaining participants in the nuclear deal said they would resume further talks next week "in order to clearly identify sanctions lifting and nuclear implementation measures."

Crucially, Washington — which unilaterally pulled out of the deal in 2018 under President Donald Trump — is set to be indirectly involved.

The statement after Friday's virtual meeting said the group's coordinator would "intensify separate contacts in Vienna'' with all participants of the nuclear agreement and the US.

The group "emphasized their commitment to preserving the JCPOA and discussed modalities to ensure the return to its full and effective implementation," in a statement using the formal acronym for the accord, the Joint Comprehensive Plan of Action.

The statement was released by the EU, which is coordinating nuclear talks between the parties.

'There remains a lot of work to do'

The talks are expected to rely on shuttle diplomacy, with the EU acting as a mediator.

"The US will be in the same town, but not the same room," a European diplomatic source told the Reuters news agency.

Iranian Foreign Minister Javad Zarif said on Friday that the aim of the Vienna talks was to "rapidly finalize sanction-lifting and nuclear measures for choreographed removal of all sanctions, followed by Iran ceasing remedial measures."

DW's Brussels Correspondent Teri Schultz said negotiators in Vienna would likely work through two separate to-do lists — one to help Iran return to compliance with the nuclear deal, and the other related to the removing of US sanctions.

"Those two lists, at some point, would have to be joined up and there would have to be a timeline, which is where things have gotten stuck before. There remains a lot of work to do but there seems to be an opening of minds on both sides."

While German Foreign Minister Heiko Maas welcomed the news, he said time was of the essence.

"An agreement that is once again fully respected would be a plus for security for the entire region and the best basis for talks on other important issues of regional stability," he said in a statement.

An EU official said the aim was to reach some kind of agreement within the next two months.

"We are negotiating a list of nuclear obligations, and a list of sanctions lifting. They should marry at some point. In the end, we are approaching this in a parallel way. I do think we can do it in less than two months," the senior official told Reuters after the virtual talks.

Iran and US maintain cool approach

US President Joe Biden has promised to rejoin the pact on the condition that Iran first returns to respecting its commitments that it abandoned in retaliation to Trump's decision to pull out of the deal and reimpose sanctions on the Islamic Republic.

Tehran, however, insists that Washington has to lift sanctions before it makes any moves to fall in line.

Iran also said there would be no direct meeting with US officials in Vienna, the Iranian Foreign Ministry website said after Friday's talks.

"The United States will not attend any meeting in which Iran is present, including the meeting of the joint commission, and that is certain," Deputy Foreign Minister Abbas Araqchi was quoted as saying by the website.

"It is their business, whether other parties to the [nuclear accord] seek to consult bilaterally or multilaterally with the United States ..., whether in Vienna or elsewhere," Araqchi said. "The Iranian delegation will not have any talks with the US delegation at any level."

Tehran in February refused a meeting with the US and several European countries over the tattered 2015 nuclear deal, calling on Washington to lifts its sanctions first.

White House officials made no immediate comment on the Vienna talks. State Department spokesman Ned Price had called the meeting on Friday, aimed at a US return to the deal, "a positive step."

The Day with Clare Richardson: Yes We Iran

Former US ambassador Frank Wisner told DW Friday that he is hopeful about the Vienna talks next week.

"I don't discount how long the negotiation will be and how long it will take," Wisner said. "I believe it does, however, provide the opportunity for the sides to come together and achieve a goal set out some weeks ago for the United States to return to the JCPOA on a compliance for compliance basis."

As US President Joe Biden wraps up his first month in office with appearances at two major international meetings, what are the new steps towards international cooperation the US has taken?