Iran's Supreme Leader Ayatollah Ali Khamenei says that Tehran will not stick to key parts of the 2015 nuclear accord until Trump-era sanctions are ditched. 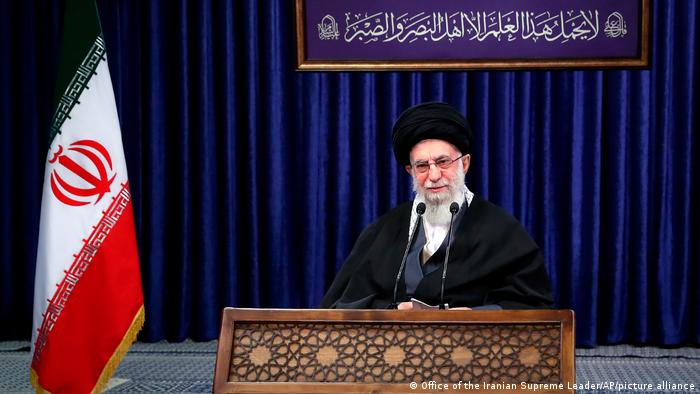 Iran's Supreme Leader says the US sanctions must be scrapped

Supreme Leader Ayatollah Ali Khamenei said on Sunday that the US must lift all sanctions against Iran before Tehran returns to the 2015 nuclear deal.

Speaking in a televised address to mark the new Persian year, he hit out at former US president, Donald Trump, for his "major crime" in abandoning the treaty negotiated with world powers.

"He [Trump] went away in that infamous way, bringing disgrace to his country," Khamenei said. "They must know 'maximum pressure' has failed so far, and if the current US administration wants to continue, it will also fail."

What did Trump do?

In 2019, the Trump administration stopped providing sanctions waivers to a number of countries, including China, that were importing oil from Iran.

It also began sanctioning any entities continuing to do so, sparking Tehran's move to scale back some of its commitments under the deal.

Crippling measures were also placed on the Iranian banking and financial sectors.

The agreement — also signed by France, Germany, the UK, Russia and China — capped Iran's uranium enrichment purity at 3.67%, but it boosted enrichment to 4.5%.

Then when top nuclear scientist Mohsen Fakhrizadeh was assassinated in November last year, the parliament passed a law that demanded 20% enrichment.

What does President Biden plan to do about Iran?

President Joe Biden says he plans to rejoin the accord, known as the JCPOA, although both sides say the other must make the first move.

IAEA Director General Rafael Grossi has been talking to both governments and said earlier this month that he believed a US return to the deal was possible.

"They want to come back," he said on March 16. "But of course ... there are a number of issues that still need to be clarified. So it's not impossible. It is difficult, but not impossible." 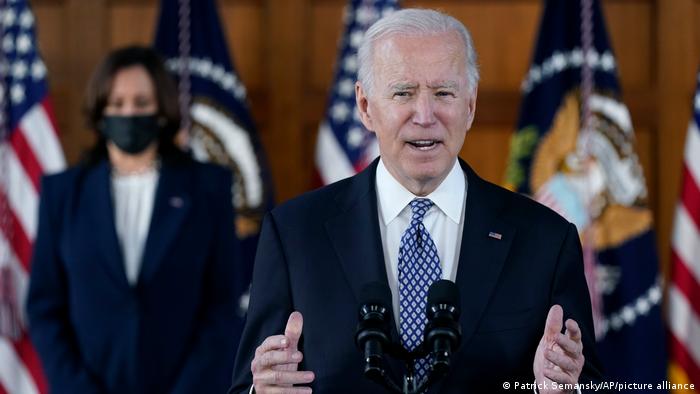 Iran in 'no hurry'

Khameni said that stance remained Iran's "definitive policy" and that his government is "in no hurry" to have sanctions lifted since it is in the process of "nullifying" them through relying on local production.

"If they accept and implement the policy we have announced then everything will be fixed. And if they don't, things will continue as they are now, and it is not an issue," Khamenei said.

He warned presidential candidates running in this June's elections that they should "presume sanctions will remain in place" and draw up their plans for the economy on that basis.

The row over Iran's nuclear ambitions has lasted for decades. Several Western countries suspect it wants to build a bomb, while the Iranian government insists its program is peaceful.