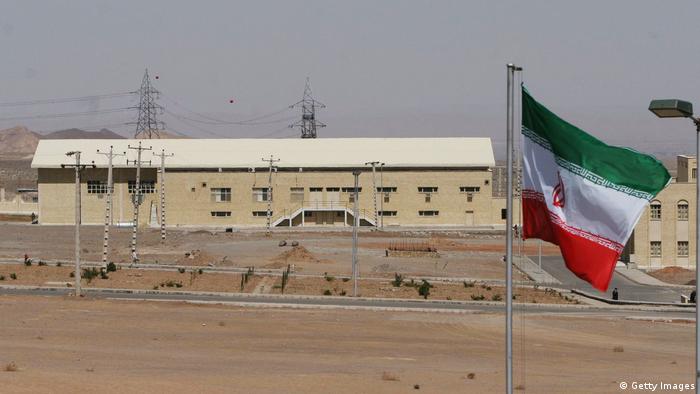 Even though talks between representatives from the European Union, the United States and Iran have continued intermittently for months now, negotiations earlier broke down in March over several issues.

One of the issues was Tehran's insistence that the IAEA, the nuclear watchdog of the UN, close its probes into uranium traces.

But the European countries say the latest demand related to agreements on the Treaty on the Non-Proliferation of Nuclear Weapons (NPT) raises concerns about Iran's sincerity in backing an agreement.

"This latest demand raises doubts as to Iran's intentions and commitment to a successful outcome on the JCPoA," the countries said in the statement.

"Our position remains clear and steadfast. Iran must fully and, without delay, cooperate in good faith with the IAEA," they said.

Iranian state media reported Nasser Kanaani, spokesperson for the Iranian Foreign Ministry, as saying that the statement issued by the European countries was "unconstructive."

The "three European countries are advised to play more active role in providing solutions to end the few disagreeements that remain," Kanaani said, according to Iranian media.

The Iran deal, formally called the Joint Comprehensive Plan of Action (JCPOA), was reached in 2015 between Iran and the US, UK, France, China, Russia and Germany.

The IAEA's board of governors met earlier this week, and Wednesday said Iran's stockpile of uranium has enriched to up to 60%, which is close to weapons-grade. They said Tehran's stockpile had grown and if enriched further, could be used for a nuclear bomb.

Iran denies having nuclear ambitions, but Western powers aren't convinced. The IAEA said Tehran was yet to explain the origin of uranium particles as well.

What to know about the Iran deal negotiations

Iran earlier this month said it submitted its latest response to the European Union's proposed text to revive the deal in exchange for relief from the US, EU and UN economic sanctions.

Iran did not disclose its response, but US Secretary of State Antony Blinken said yesterday that Iran's latest reply was a step "backwards."

He also said Washington is "not about to agree to a deal that doesn't meet our bottom-line requirements."

The three European powers' statement came Saturday, a day after the US assessment. The European countries said in their statement they would consult international partners on the best way forward.

Former US President Donald Trump withdrew from the deal in 2018 and reimposed sanctions against Iran, but there were greater hopes that President Joe Biden, who favors a deal, could revive it.