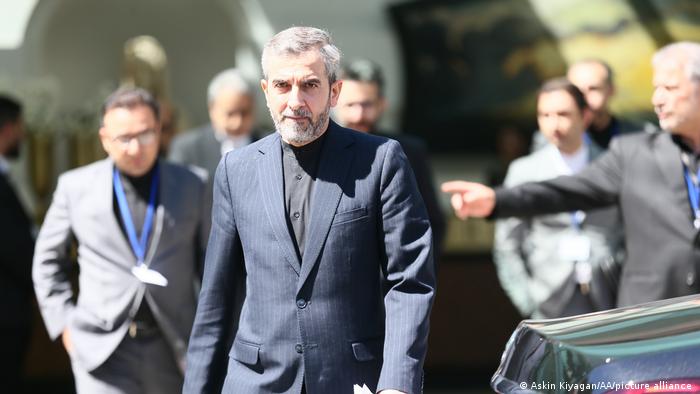 Diplomats involved in the negotiations in Vienna to revive the Iran nuclear deal returned to their capitals Monday with a draft for a new agreement.

The 2015 deal, also known as the Joint Comprehensive Plan of Action (JCPOA), was struck between Iran, Britain, China, France, Germany, Russia and the US. It gave Iran sanctions relief in exchange for curbs on its atomic program.

Iran has massively expanded its nuclear activities since the pact collapsed in 2018 following Washington's decision to pull out.

Negotiations to restore the deal have taken months. After the talks drew to a close on Monday, Iran's chief negotiator Ali Bagheri Kani was headed to Tehran for consultations, according to Iran's state media.

What we know about the proposed draft

Josep Borrell, the EU's foreign policy chief, said a "final text" was presented after "what can be negotiated was negotiated."

Russian Ambassador Mikhail Ulyanov said the draft presented by the EU grants Tehran sanctions relief in exchange for restrictions on its nuclear program.

The negotiating parties must now decide "if the draft is acceptable for them," Moscow's envoy to the talks said. "In case of no objection the nuclear deal will be restored."

But an Iranian Foreign Ministry official was quoted by state news agency IRNA as saying that Tehran "is not at a stage to talk about finalizing the deal."

The official added that Iran "will convey its additional views and considerations after more comprehensive discussions in Tehran."

Informal talks to revive the 2015 deal resumed in Vienna last week after months of stalling.

The negotiations had begun in April 2021, before coming to a deadlock in March this year.

One sticking point was the lifting of sanctions that were reimposed on Iran since the collapse of the JCPOA in 2018.

Media reports have also suggested that the impasse was largely over a probe by the International Atomic Energy Agency (IAEA).

The UN nuclear watchdog had censured Iran for failing to justify the discovery of traces of enriched uranium at three previously undeclared sites.

Iran demanded the IAEA should "completely" resolve the issues related to those questions.

Tehran has long denied intentions to produce nuclear weapons, which the JCPOA was intended to deter.