The EU's foreign policy chief said talks were on hold due to "external factors." It comes as Russia's stance threatened to derail the efforts to revive the 2015 nuclear deal. 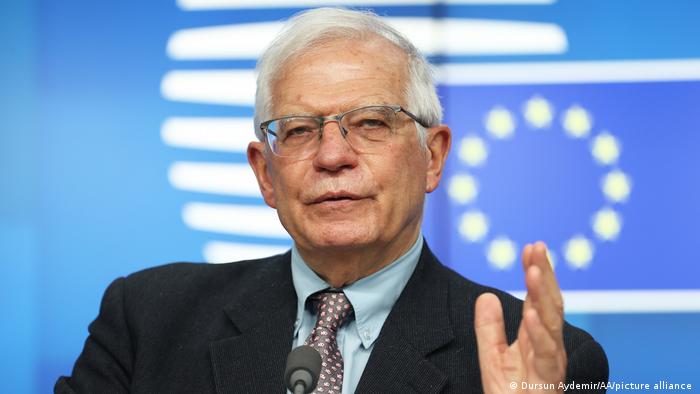 Talks between Iran and world powers over the fate of its nuclear deal were put on hold due to "external factors," the EU's foreign policy chief Josep Borrell said on Friday.

The announcement comes as talks had been taking place in Vienna and the UN's nuclear watchdog chief had visited Tehran. It represents the latest effort to revive the 2015 nuclear deal since US President Joe Biden reengaged the US in the negotiations, after his predecessor Donald Trump pulled Washington out of the agreement and reimposed sanctions on Tehran in 2018.

Borrell did not specify what those factors were, but last week Russia had sought guarantees that Western sanctions related to the invasion of Ukraine would not hamper economic and military relations between Tehran and Moscow.

Such a notion has been dismissed by the US and the European countries from the deal, known as the Joint Comprehensive Plan of Action (JCPOA). Western nations, including Germany, France and the UK, say Russia's economic and military relations have nothing to do with restoring the 2015 nuclear deal. China's position on Russia's stance is not known.

"A pause in Vienna Talks is needed, due to external factors," Borrell tweeted. "A final text is essentially ready and on the table. As coordinator, I will, with my team, continue to be in touch with all participants and the US to overcome the current situation and to close the agreement."

Responding to Borrell's tweet, Iranian Foreign Ministry spokesperson Saeed Khatibzadeh indicated that the pause would not detract from the objective of the talks.

"Successful conclusion of talks will be the main focus of all," Khatibzadeh said on Twitter. "No external factor will affect our joint will to go forward for a collective agreement."

If the 2015 deal resumes, Washington would lift its sanctions on Tehran. In return, the Islamic Republic would once again severely restrict its nuclear program in order to prevent the development of nuclear weapons.