Delegates aimed to renew talks once again after new demands from Iran marked a false start last week. An EU official spoke of a new "sense of purpose" from all sides. 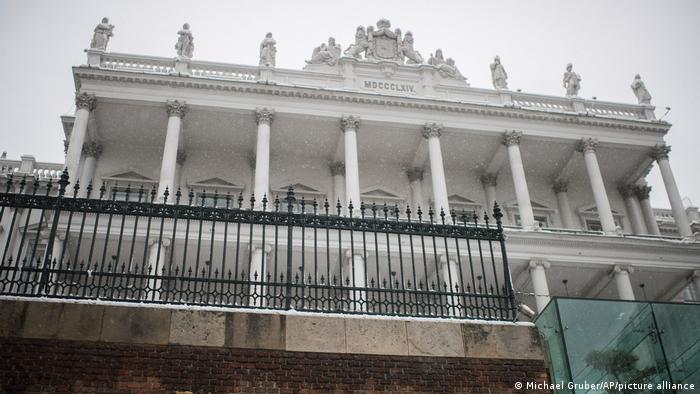 Negotiations between Iran and the other remaining signatories of the 2015 nuclear deal resumed on Thursday after a break of almost a week.

Representatives from Iran, the UK, France, Germany, Russia and China were present at the talks chaired by EU diplomat Enrique Mora.

Progress was halted last week after European negotiators accused Iran of scuppering the agreements that had been reached previously by introducing a series of demands deemed unacceptable by the other signatories.

Talks only restarted last week after a five-month hiatus triggered by the election of a new hardline government in Tehran.

How are the talks progressing?

"What I felt this morning was from ... all delegations a renewed sense of purpose in the need to work and to reach an agreement on bringing the JCPOA [Joint Comprehensive Plan of Action] back to life," Mora told reporters after the meeting.

"Iran underlined that it seriously continues the talks based on its previous position," Iranian negotiator Ali Bagheri Kani said.

"Iran is serious about reaching an agreement if the ground is paved …. The fact that all sides want the talks to continue shows that all parties want to narrow the gaps," he added.

Senior European diplomats had previously warned that time was running out and questioned whether negotiators could resolve the new demands in a feasible time frame.

What happened to the 2015 nuclear deal?

The JCPOA was first signed in Vienna in 2015, with the inclusion of the US under then-President Barack Obama. The agreement saw the US lift sanctions in exchange for Tehran reining in its nuclear program.

In 2018, former President Donald Trump unilaterally withdrew from the agreement and reintroduced sanctions on Iran.

In response, Iran began enriching uranium beyond the limits set in the Vienna agreement.

President Joe Biden has expressed interest in returning to the deal, but has called on Iran to offer concessions before the US considers lifting sanctions. The new hardline government has called on the US to lift sanctions before it will consider reducing its nuclear enrichment.

US representatives have been indirectly involved in the current talks in Vienna.