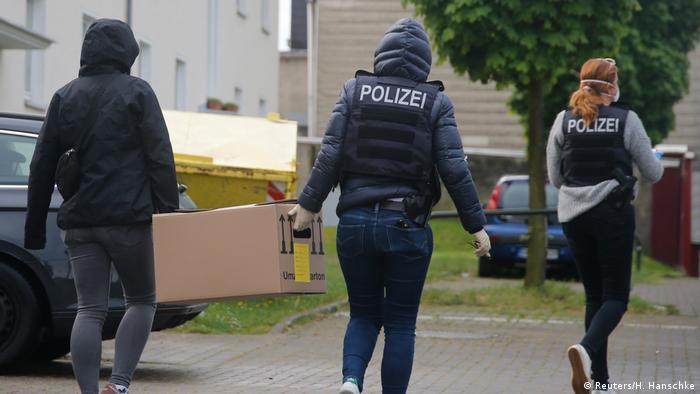 Iran slammed Germany's ban on the activities of Lebanon's Hezbollah on Friday. The Iranian foreign ministry warned that Germany would face the consequences of its decision to give in to the wishes of the US and Israel.

Iranian government spokesman Seyyed Abbas Mousavi "vehemently condemned" the move in a statement published early on Friday morning. The foreign ministry described it as a "measure serving the objectives of the US and the Zionist regime of Israel," on Twitter.

The foreign ministry statement also says the ban "ignores the realities in West Asia," and claimed that Hezbollah "is a formal and legitimate part of [Lebanon]'s government and parliament" and has played a "key role in fighting Daesh [the so-called Islamic State] terrorism in the region."

Why did Germany ban Hezbollah?

The US and Israel have long designated Hezbollah as a terrorist organization. They have both welcomed the move.

On Friday morning, shortly before Iran's response, Syria reported that Israel has targeted Hezbollah outposts in Syria, with potential casualties and disruption.

Hezbollah is a Shiite Islamist political party and militant group in Lebanon, with close ties to Iran. Established during the Lebanese civil war in 1982, the group was key in a 2006 war with Israel.

Germany, following the European Union's example, has outlawed only the military wing of the group. The political wing remains allowed in Germany.

US offers $10 million for information on Hezbollah leader

More than three months after the US killing of Iranian General Qassem Soleimani, the US has offered a huge reward for details on Mohammad Kawtharani, the Lebanese Hezbollah boss who has partially replaced him in Iraq. (11.04.2020)