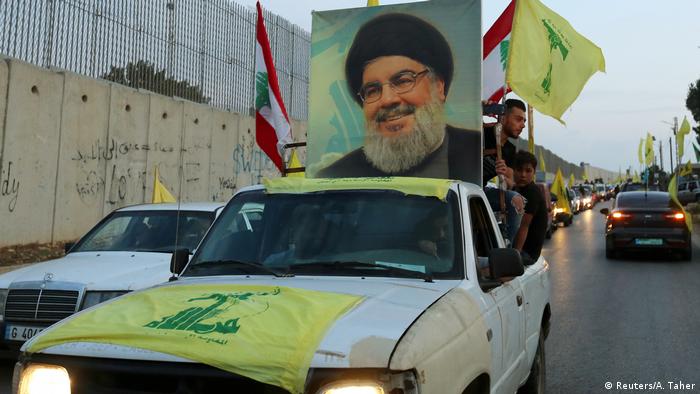 Iranian General Qassem Soleimani, head of the country's Quds Force, was a busy man. When he died in a US drone strike on January 3 near Baghdad International Airport, he had been en route to meet Iraqi Prime Minister Adel Abdul Mahdi, according to media reports. The two had reportedly planned to discuss ways to ease tensions between Iran and Saudi Arabia.

However, Soleimani was not a man of peace. After taking control of Iran's Quds Force in 1998, he largely focused on establishing ties between Tehran and like-minded, non-state actors in the Arab world. Many of these links were formed on the basis of a shared confession: Shia Islam.

Tehran's most important foreign non-state ally is Hezbollah, a political party and militant group founded in Lebanon in 1982. For years, Tehran has also maintained ties with a range of Iraqi militias like the Hashd Shaabi, also known as Popular Mobilization Forces, an umbrella organization made up of numerous smaller militias. Iran backs Yemen's Houthiinsurgents, who are united in their shared animosity toward Saudi Arabia. In recent years, the Iranian regime has also built up a network of actors in Syria affiliated with President Bashar Assad, who pose a direct threat to neighboring Israel.

Taken together, these international non-state actors constitute a broad network of allies on whom Tehran can rely in case of armed conflict.

They have certainly demonstrated their willingness to fight in years of conflict in the Arab world. But how loyal are they to Tehran — especially now that Tehran has largely shied away from major retaliatory strikes in the wake of General Soleimani's assassination? 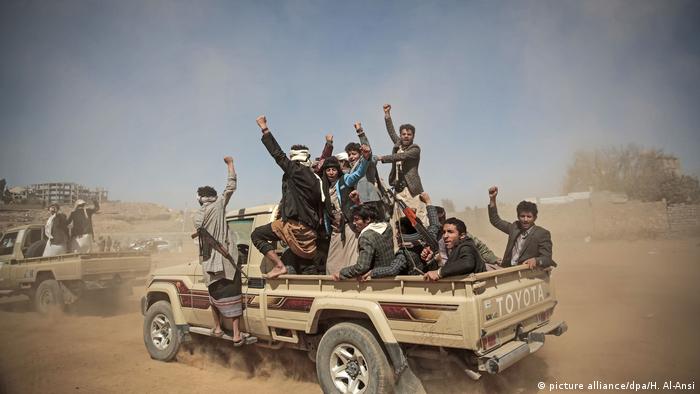 On the day Soleimani was killed, Lebanon's Hezbollah leader Hassan Nasrallah called on Shia militias to fight US forces across the region and to commit suicide attacks. Nasrallah declared they would send the US soldiers home in "coffins." He also threatened Israel, claiming that it had originally planned to kill the Iranian general, yet had either lacked the ability or the courage to do so. Nasrallah left no doubt about Hezbollah's willingness to wage war on US troops, yet so far has not launched any attacks. Neither have other regional Shia militias.

Islam expert Udo Steinbach says Nasrallah is holding off on Tehran's request. "The militias are politically and partially economically dependent on Iran," he says, adding that Hezbollah and Yemen's Houthi insurgents have in the past always followed Tehran's orders. Iraq's Shia militias, meanwhile, are only loosely allied with Tehran as well as being integrated with Iraq's armed forces. But all the groups have shown loyalty to Tehran. "It is not very likely that any of these groups would consider becoming independent political or military actors after Soleimani's death," says Steinbach.

Soleimani's death has put Israel on high alert. According Chuck Freilich, a former deputy national security adviser in Israel, Iranian ally Hezbollah possesses significant military might. Speaking to the Times of Israel, he said, "for the first time in the history of the Arab-Israeli conflict, there's going to be an Arab actor, Hezbollah, which is going to be able to not only disrupt Israel's mobilization processes by hitting mobilization centers and warehouses, but also to disrupt our offensive capabilities." He added that, "we face a critical year at a time when our political leaders are involved in other matters."

Iran's reaction to Soleimani's killing has largely been one of self-restraint. Its missile strikes on Iraqi army bases used by US forces caused no causalities. But if militias linked to Tehran are not satisfied with this limited response, they could well take matters into their own hands, Dina Esfandiary of the New York Century Foundation told Foreign Policy magazine. She believes they may not necessarily obey Tehran's will. 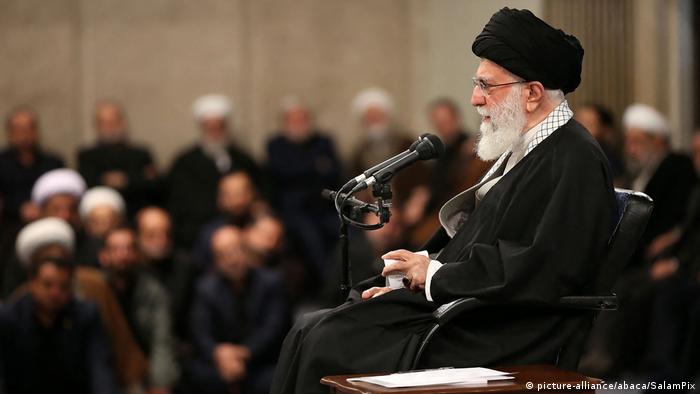 But Udo Steinbach disagrees. He argues that the future of Iran-US ties will be determined by the political leadership of both nations. "If the Iranians reach the conclusion that the time has come to make a step toward the US, they will pragmatically implement this decision," he says. Iran's Supreme Leader Ayatollah Ali Khamenei alone would make such a call, and none of Iran's allied militias would seriously oppose such a move, Steinbach says.

Opinion: Protests and mourning in Tehran

The crowds mourning Qassem Soleimani last week have been replaced by anti-government protests after the downing of a Ukrainian airliner. What Iranians want now is law and order, says DW's Peter Philipp. (13.01.2020)