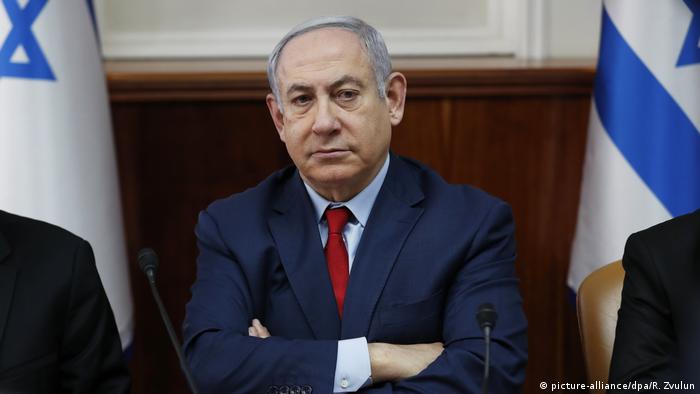 Israel has been on high alert this week following the killing of Qassem Soleimani in a US drone strike and Iranian threats that it could be targeted by for reprisals against if the United States, a key Israeli ally, took further military action.

Israeli Prime Minister Benjamin Netanyahu didn't mince his words earlier in the week, saying there would be harsh retaliation if Iran attacked his country.

"The state of Israel is the stable anchor in the stormy [Middle East] waters," Netanyahu (pictured) said on the sidelines of a conference in Jerusalem. "We stand firm in the face of those who seek to destroy us. Anyone who tries to attack us will suffer the most overwhelming blow."

Soleimani, commander of the Iranian Quds Force who was killed in a US drone attack last week, "was responsible for the death of countless innocent people," Netanyahu said. "He destabilized many countries. For decades, he sowed fear and misery and anguish and he was planning much worse. President Trump  should be congratulated for acting swiftly, boldly and resolutely. What I've said openly in the past few days, many leaders in the Middle East think [as well]." 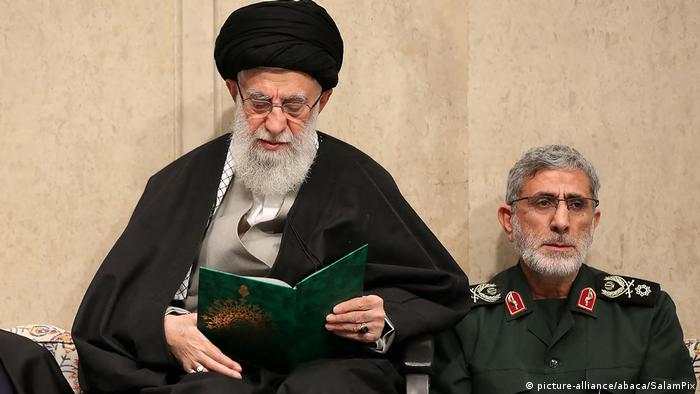 Netanyahu's statement reflected the opinions held by the majority of Israel's citizens, according to Alexander Brakel, head of the Jerusalem office of the Konrad Adenauer Foundation think tank.

"In Israel, there's a consensus across party lines according to which a robust language is to be used vis-à-vis Iran," he told DW. "The vast majority of the people believe that concessions are neither appropriate nor productive. Consequently, politicians from both government and opposition camps have welcomed the strike."

This sort of overwhelming agreement comes from the view that Soleimani and Abu Mahdi al-Muhandis, who was also killed in the attack and was the deputy leader of the Popular Mobilization Forces (PMF), a group of militia groups in Iraq, are thought to be responsible for attacks against Israel. An analysis published in the Jerusalem Post stated, "Since May, Iran has been attacking not only the US but also Israel, Saudi Arabia and oil tankers in the region. (…) Iran fired rockets at Israel in January, September and November of 2019."

Iran's options in Israel and beyond

If it chooses to do so, Iran could attack Israel in a variety of ways. Though a study by the International Crisis Group listing possible Iranian reactions to the killing of Soleimani concluded that Iraq, not Israel, faces a particular risk: a proxy war could be fought on its soil. But Israel, the study said, could be affected by the conflict as well, "In Syria, a cat-and-mouse game between Iran and Israel could spin out of control and undo the mutual deterrence between Israel and [Hezbollah] that has kept the Israel-Lebanon border quiet since 2006."

Iran could also strike elsewhere: "In the Gulf and the Strait of Hormuz, a key energy chokepoint, further incidents could bring military intervention aimed at protecting oil trade and, thus, the world economy," the report said. 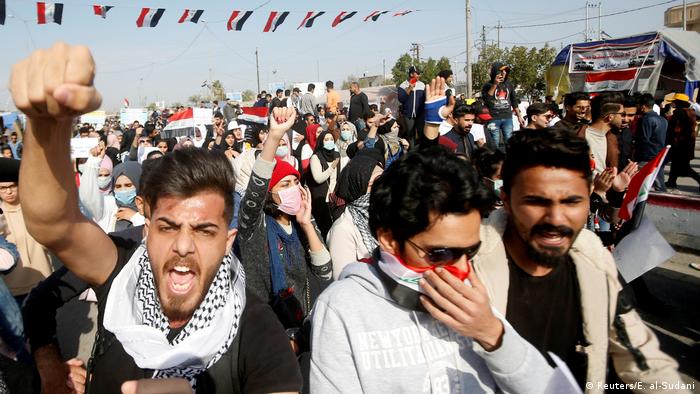 Student protest in Basra — could Iraq be the stage of a proxy war?

The National Interest magazine provided additional scenarios: Militias associated with Iran could attack Israel from the Gaza Strip, or there could be missile attacks fired by Iran's proxy Hezbollah out of Lebanon or Iran-supported militias could launch an attack from Syrian soil to strike at Israeli troops and settlements in the Golan Heights.

All of those options came with two advantages for Iran: "First, they offer a chance to attack a key [US] ally … Second, with Israel ringed by Iranian allies in Lebanon, Syria and Gaza, it's easy to strike Israel without employing Iranian forces on Iranian soil." 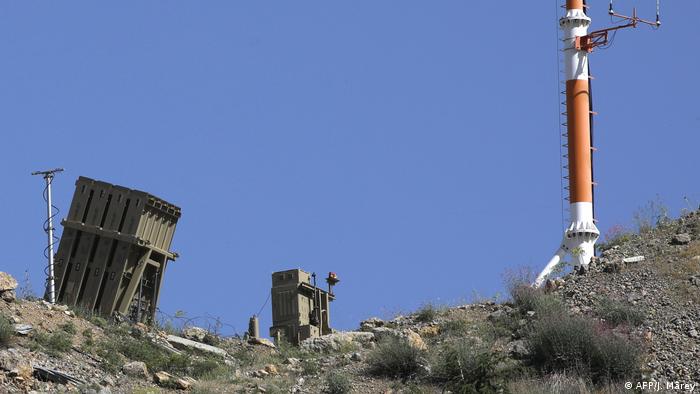 In spite of those risks, everyday life in Israel remained unaffected, Brakel said.

"The public felt the most serious constraints when a ski resort in the Golan Heights, located fairly close to the Syrian border, was temporarily closed a number of times."

Authorities imposed increased controls at several checkpoints adjacent to Palestinian territories. "But all in all, the country remains in a state of normality," he added.

Potential attackers would be aware that the Israeli response to a strike would be massive, Brakel said.

"In Israel, it is considered that Iran must be confronted with resolve and determination," he said. "Such a stance will prevent Iran from carrying out attacks."

To the point - Trump vs Iran: On the brink of War?

US rolls out new Iran sanctions after airstrikes

Washington announced penalties against officials and companies involved in construction and manufacturing. Secretary of State Pompeo said it was 'likely' an Iranian missile caused the crash of a Ukrainian Airlines jet. (10.01.2020)

Fearing a war on their doorstep, EU foreign ministers are meeting in Brussels to find ways to deescalate tensions between the US and Iran. The conflict in Libya and Turkey's recent involvement are also on the agenda. (10.01.2020)