IPads given the green light for use in Bundestag | Germany | News and in-depth reporting from Berlin and beyond | DW | 08.10.2010

IPads given the green light for use in Bundestag

The German parliament has ruled that members can use tablet PCs in the Bundestag. Back in June, one politician had the audacity to use his iPad to address his colleagues. A committee took months to decide on the issue. 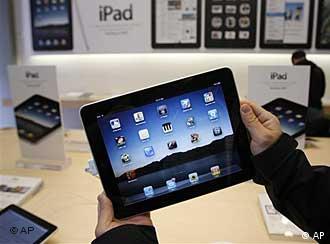 Tablet PCs were approved because they make little noise

A committee in the German Bundestag approved the use of iPads and other similar devices in parliamentary sessions on Friday in a move one representative said would modernize the body.

The issue was championed by Munich-area representative Jimmy Schulz, who sits on the parliamentary culture and media committee and who in June became the first person to address the German parliament through an iPad.

Many of Shulz’s colleagues thought he had gone too far and the incident was condemned in many quarters for being too progressive. But Schulz, a member of the business-friendly Free Democratic Party, said he did not want to offend anyone. 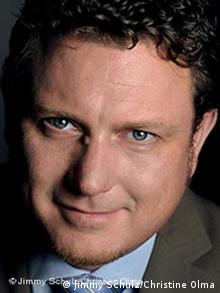 "There were two reasons why I did it," he said. "I wanted to see whether this tool would be a good device for holding speeches. Secondly, I wanted to help make the German parliament more modern. That obviously worked."

The matter was passed on to the parliamentary committee that rules on procedure. It decided it could not come up with a good reason why iPads should not be used in parliament. The handheld computer device is relatively small and unwieldy - something between a smartphone and a laptop - and it has a large touch screen rather than a keyboard.

However, the committee wants to keep some other digital devices out of parliament. Schulz clarified why some computers are still taboo.

"Tablet PCs are ok to use in parliament,” he said. “Laptops are not because they might disturb others as a result of noise from the keyboard and hard disk. And you have to flip them open, which could pose a visual barrier. Tablet computers don't have these disadvantages - above all, they don't make any noise."

Other members of parliament have already welcomed the committee's progressive decision. Only a handful of parliaments in Europe currently allow the use of laptops.

Some, though, are far ahead of the technological curve. In Estonia, MPs actually cast their vote on computers. And in the regional parliament in the German state of Bavaria, each seat has a built-in notebook computer. Two-thirds of parliamentarians are reported to make use of them.

Jimmy Schulz, a German MP, decided to give a speech - not from paper, but from his new electronic device. What happened next may change the way parliament does business. (25.06.2010)

A German agency has warned of potentially serious security problems in several versions of Apple's iPhone, iPad, and iPod touch devices. Apple is aware of the problem, but the company hasn't yet said when it will fix it. (05.08.2010)

From iPhone to multi-touch tables, the leap has now been made to a touch-sensitive floor. The researchers are presenting their work at a user interface conference in New York next month. (21.09.2010)