The situation really is bad: Indonesia's rainforests are on fire, threatening human health, endangered species and the global climate. But not only are the fires human-caused - humans can also make them stop. 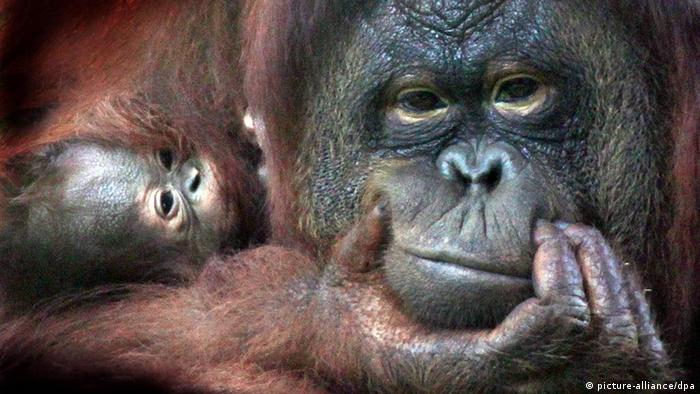 Fires raging across Indonesia over the last three months have claimed more than 2 million hectares of rainforest and peatland - with devastating global consequences.

Fires take place annually in Indonesia - but this year's strong El Nino has resulted in drier conditions, meaning this year's fire season is the worst on record. And unlike natural wildfires that got out of hand elsewhere in the world this year, these are entirely manmade.

Most of the fires were started during "slash and burn" of rainforest to make way for palm oil agriculture. Meanwhile, canals dug to drain the moist, swampy land so it can be farmed have lowered the water table and drained the peat.

Much of Indonesia's rainforest grows on top of peatland made up of decomposing plant matter that has built up over thousands of years. After the trees have been cut down and the land drained, the dry, exposed peat fuels remnant flames, releasing stored carbon into the atmosphere.

Ongoing deforestation over past decades has made Indonesia among the biggest emitters of carbon dioxide in the world, and it ranks first for emissions intensity relative to GDP.

But this year, the fires are spewing more CO2 into the atmosphere each day than the entire United States economy does in a day, and have cumulatively surpassed Germany's annual emissions. 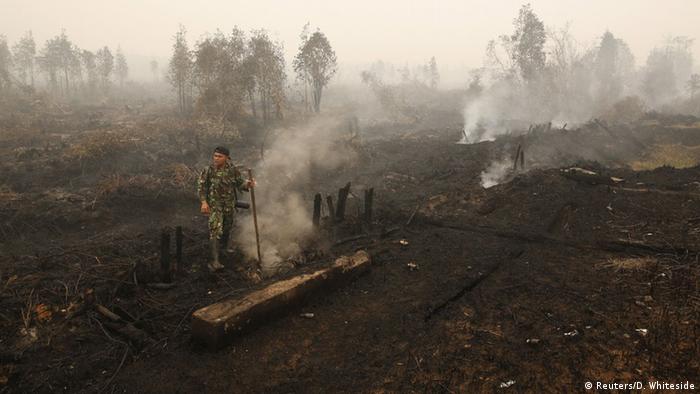 The peatland fires are a result of slash-and-burn agriculture

"I think we can safely say that of anything that has happened over the last decade, these fires are having the largest impact on the climate," said Susan Minnemeyer of Global Forest Watch.

Although the long-term consequences of this huge release of greenhouse gases are hard to quantify, the immediate effects of the blaze are impossible to ignore. A haze of fine particulates and hazardous gases hangs heavy over the country, as well as over neighboring Singapore and Malaysia, and has reached as far as the Philippines and Cambodia.

In Indonesia, around half a million people have been struck by acute respiratory infections, and at least 10 have died. "People are angry - they are demanding a government response because this is a humanitarian crisis," said Annisa Rahmawati, a forest campaigner at Greenpeace Indonesia.

The haze can also have a devastating impact on plants and animals. The last time fires happened on anything close to this scale - in 1997, another El Nino year - insect species were killed off and bees were unable to navigate, with a damaging domino effect on plants that rely insects for pollination. 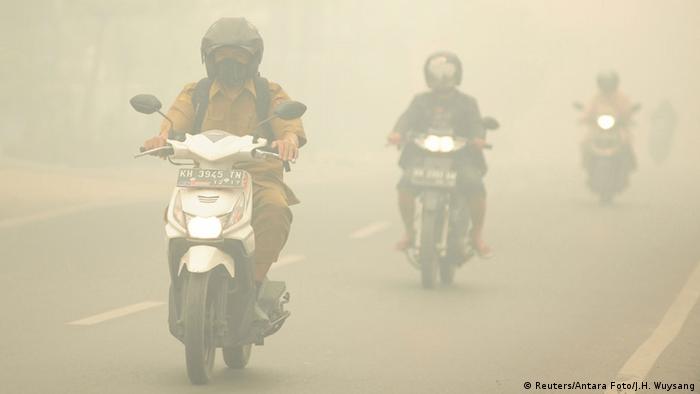 Heavy smoke has decended over Indonesia and neighboring countries, with major impact on human health

The fires are not confined to agricultural concessions, but are also raging in virgin forest and national parks, threatening species already at risk of extinction. These include the fewer than 400 remaining Sumatran tigers, the Bornean orangutan, and the Sumatran rhino, which is down to less than 100 surviving animals.

"Deforestation is already a major threat to these endangered animals, and now the fires have put them at even greater risk," Rahmawati said.

Rahmawati said that in some areas, elephants were becoming disoriented by the haze and wandering into residential areas where they risk being killed. 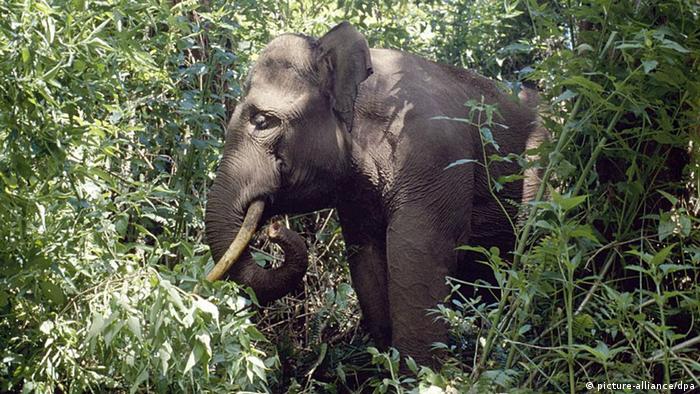 But despite the threat of the flames encroaching on some of the world's most precious forests, environmentalists say the emphasis should not be placed on fire fighting. Putting out fire on peatlands in particular is extremely difficult, because the peat can keep smoldering below the surface for months.

Instead, the focus should be on law enforcement to prevent fires from starting, and a complete ban on development on peatland and natural rainforest. Peatlands can also be restored by re-flooding the land.

Slash and burn is illegal, but the law is rarely enforced - which environmentalists say is common practice. "There is a lawlessness in the [agricultural] industry," said Laurel Sutherlin of Rainforest Action Network. "People don't expect consequences."

From rainforest to grocery store

Environmentalists say the international community must put pressure on the Indonesian government to enforce the law - and the upcoming COP21 climate talks in Paris are a key opportunity to do so. But Sutherlin says those profiting from the destroying Indonesia's forest must be held accountable.

Indonesia produces more than half the world's palm oil, which is found in around half of all grocery store products - from processed food to cosmetics and cleaning products. 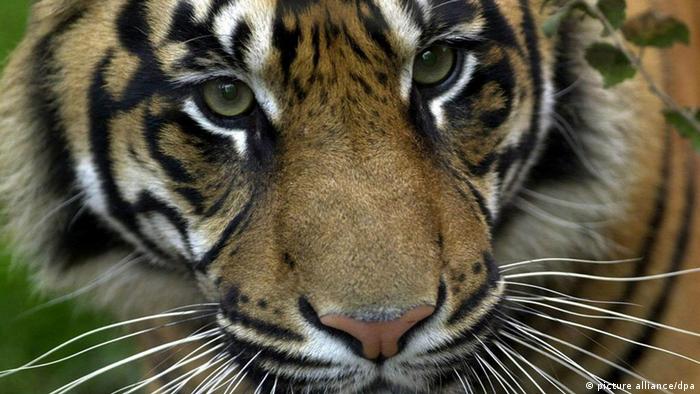 Environmental campaigners are lobbying hard for major brands like Nestle, Kraft Heinz and PepsiCo to examine their supply chains, and make sure the palm oil they use has been sourced ethically.

"Indonesia can't do this alone. There are multibillion-dollar international companies that must be held accountable," Sutherlin told DW. "Consumers' awareness is rising, and shoppers have a lot of power."

Minnemeyer added that more transparency is also needed in exactly who is farming on Indonesia's vast land concessions.

"Once peatlands are lost, they can never be recovered," said Rahmawati. But there are ways to prevent fires from spreading.

It is possible to recover drained peatland by damning up canals and re-flooding the land. Rahmawati says areas recovered in this way prior to this year's fire season have withstood the flames.

If measures like these were expanded, precious forest could be much more resilient when the next fire season comes around. "No one can pretend these fires are unpredictable," said Sutherlin. "We have one year to fix the problem."

Recent rains have helped extinguish some of the present fires. And until humans can get their act together to address the problem, many are hoping that Mother Nature will.

As the number of smog-belching forest fires rise in Indonesia, expert Robert Field explains in a DW interview how the ensuing haze problem in the region is also related to the weather phenomenon El Niño. (30.07.2015)

Acrid haze blanketing parts of Indonesia has claimed a number of lives, the government says. Slash-and-burn practices across the archipelago have created a haze that has blanketed much of Southeast Asia in recent months. (28.10.2015)