Acrid haze blanketing parts of Indonesia has claimed a number of lives, the government says. Slash-and-burn practices across the archipelago have created a haze that has blanketed much of Southeast Asia in recent months. 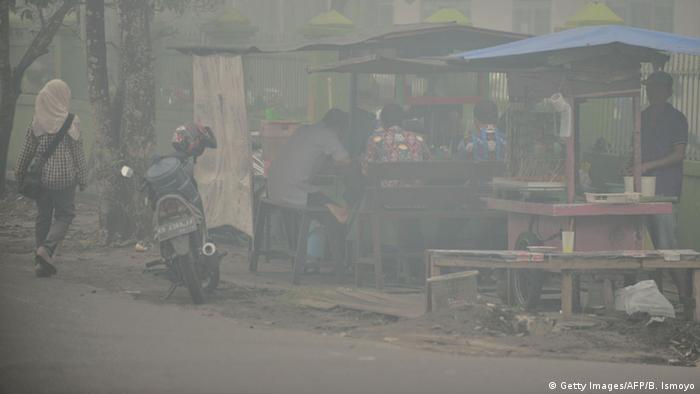 The death toll from a smoky haze hanging over much of Indonesia was almost double the previous figure as the crisis from widespread forest fires worsens, the government said Wednesday.

"As of this morning, there are 19 people who have died from the effects of haze," Social Minister Khofifah Indar Parawansa said Wednesday from the capital Jakarta.

He said the victims were all from Sumatra and Kalimantan -- Indonesia's half of Borneo island -- where fires have been deliberately lit by farmers employing slash-and-burn practices to clear land quickly and cheaply.

Rains have brought some respite to the provinces affected by choking smog from forest fires, but has failed to extinguish the blazes, officials say. 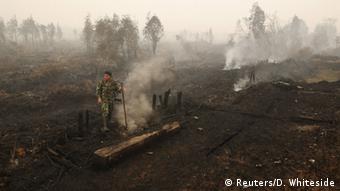 An Indonesian soldier checks on a peat land fire near Palangkaraya, Indonesia on October 28, 2015. Weather forecasters failed to predict that the effects of the El Nino weather phenomenon this year.

More than half a million Indonesians are suffering from respiratory ailments from the fires, officials say.

The Indonesian navy has evacuated infants and other vulnerable residents of haze-hit areas but the evacuations will be a last resort if authorities are unable to provide care for those suffering from respiratory ailments.

Experts warn the current outbreak is on track to become the worst ever, exacerbated by extremely dry conditions caused by the El Nino weather phenomenon.

Luhut Panjaitan, the coordinating security minister tasked by President Joko Widodo with overseeing the government's response to the crisis, admitted that the state weather agency BMKG had not forecast the severity of the El Nino effect.

"I must admit there was a mistake in the BMKG forecast that didn't predict El Nino this year would be worse than 1997," Panjaitan said. "Our forecast was wrong."

President Joko Widodo plans to tour the worst-hit areas of the country later this week, having cut short his visit to the United States to deal with the worsening environmental crisis.

Disaster management agency officials say they expect the fires to be completely extinguished by the end of November or early December and the haze to dissipate.