Tibetan women in exile are taking up leadership roles within their community, challenging patriarchal stereotypes. In India, many of these women are participating in workshops and trainings to hone their skills. 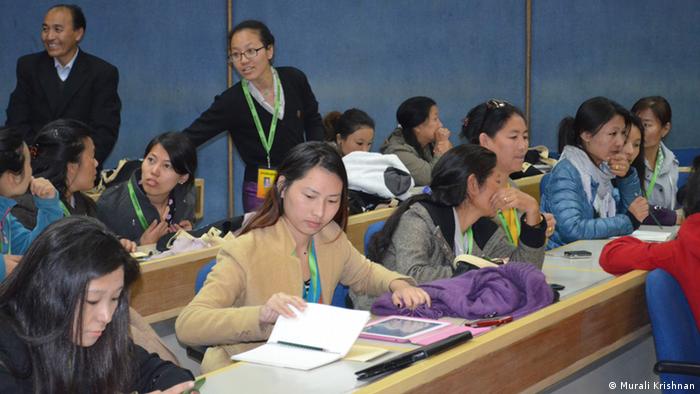 There are around 150,000 Tibetans in exile living in 30 countries; the majority of them lives in India. For a long time, Tibetan women in exile faced discrimination within their small community in India. They could not pursue higher education, and were not allowed to work. These women were mostly confined to their homes and performed traditional roles.

"The patriarchal nature of the Tibetan society allowed discriminatory attitudes and practices to continue against women for many years," Nyima Lhama, General Secretary of the Tibetan Women's Association (TWA), told DW.

The year 1959, however, was a turning point for Tibetan women worldwide, as many of them started to get involved in the resistance movement against Chinese rule in Tibet. The increased role of Tibetan women in politics had its impact on their compatriots living in exile. 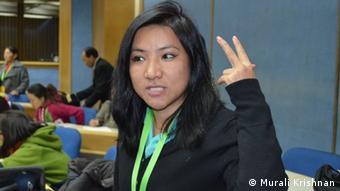 Tenzin Dhardon: 'Tibetan women in exile are catching up with their male counterparts'

Over the years, Tibetan women in India have successfully asserted their position within their community. Many of them now go to college or university, and work.

In order to help empower these women, the TWA organizes several training programs. A group of 33 graduate students, professional workers, political activists, and teachers recently participated in a workshop where they were taught how to take up leadership roles in their community.

"The training has brought out our hidden talents, and we aspire to take up challenging roles now," Dolma Tsering, a Tibetan student, told DW.

Tenzing Doma, another student, said she was very excited when she was asked to take part in a campaign to urge Indian politicians and Supreme Court lawyers to sign a petition to demand the European Union and the Spanish government support the Tibetan cause.

The TWA is also training them to work in the mainstream media and conflict situations.

"Tibetan women are spread across India, but we believe that such workshops, followed by practical trainings, will be useful for us. We will start our professional careers with some confidence," said Tenzing.

The TWA says it has witnessed an increase in women's participation in the local government of Dharamshala - the headquarter of the Tibetan government in exile.

Tenzin believes the women in her community have enough potential to take up leadership roles and the TWA training programs are providing them a good platform.

The TWA's Nyima says that despite their day-to-day struggle, the desire to win independence for Tibet, is still very important for Tibet's female diaspora.