India has proposed creating a list of all people who legally fulfill Indian citizenship requirements. Opponents fear the list could be used to target minority groups. Murali Krishnan reports. 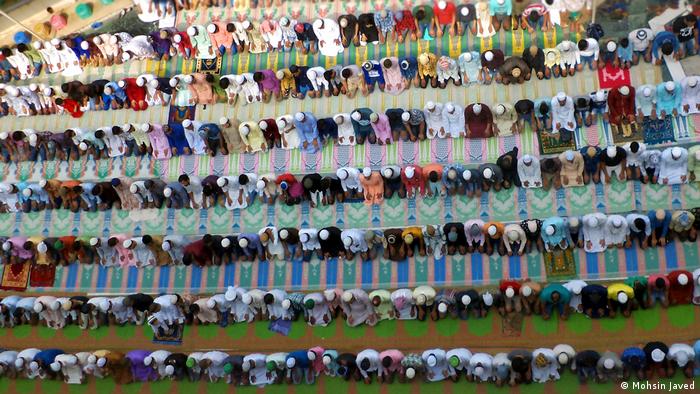 Although Shah assured the Indian Parliament that no groups would face discrimination, resistance to the proposal has been mounting, with several Indian states describing it as a move to target and harass minorities.

A similar exercise in India's northeastern state of Assam has already drawn condemnation as 1.9 million people, many from non-Hindu minorities, were not included in the list.

Indian political activists say that carrying out a similar process across India will spread anxiety among non-Hindu minorities around the country.

Opposition political parties have objected to the rollout of an NRC and said they were not consulted.

Mamata Banerjee, the head of the regional Trinamool Congress (TMC) party and chief minister of the state of West Bengal, said she will never allow such a citizen register in her state.

"There are few people who are trying to create disturbances in West Bengal in the name of implementation of the NRC. I want to make it very clear, we will never allow NRC in Bengal," Banerjee said last week.

KT Jaleel, the higher education minister in the southern state of Kerala, also criticized the proposal. "How can the home minister go for a nationwide rollout of the process? This is nothing but a ploy to harass and intimidate the minorities."

The NRC in Assam, which was published on August 31, left out a sizable number of Hindi-speaking Bengalis and indigenous communities who were unable to prove their Indian citizenship.

"We reject the Supreme Court-monitored NRC, as it included many who should not have been and excluded many who are genuine Indian citizens,"  said Assam Finance Minister Himanta Biswa Sarma, welcoming a nationwide NRC, including a recount in the state.

The NRC process in Assam lasted nearly seven years and cost around 1.6 billion rupees (€202 million, $222.4 million). Indian Prime Minister Narendra Modi's Bharatiya Janata Party (BJP) government has yet to specify how the proposed exercise will be carried out, and no time frame has been laid out.

The laborious procedure for passing the proposed citizenship test could involve elaborate documentation as in the Assam case; including land and tenancy records as well as certificates proving permanent residency.

"It is not an easy matter. This exercise may be important for national security, but the logistics are formidable and daunting. This has not been thought through logically. It is scary," Prateek Guha, an attorney in Assam, told DW.

A nationwide NRC fits into the BJP's wider Hindu-nationalist message. In the run-up to the 2019 general elections, the BJP promised to bring in a NRC.

The CAB would allow Hindus, Jains, Christians, Sikhs, Buddhists and Parsis from Pakistan, Bangladesh and Afghanistan to apply for Indian citizenship, while keeping out Muslims.

The Indian government argues that its measure aims to grant citizenship to religious minorities who have faced persecution in these countries.

But the proposal has been mired in controversy for leaving out only Muslims.