Assam′s citizenship survey threatens to upend millions of lives | Asia | An in-depth look at news from across the continent | DW | 31.12.2018

Millions of people in the northeastern Indian state of Assam fear losing citizenship and a life of limbo after they were left off a draft national register for citizens. 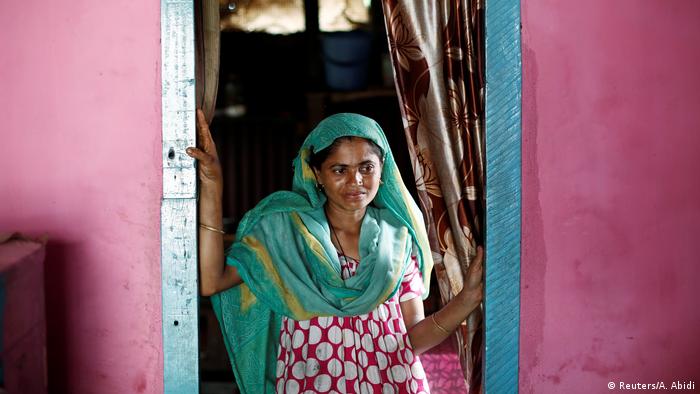 On its official website, the government of the state of Assam in northeastern India states, "The National Register of Citizens (NRC) is the register containing names of Indian CITIZENS" (sic). The NRC was first created in 1951, nearly four years after India's independence and the creation of Muslim-majority Pakistan, which included present-day Bangladesh, known as East Pakistan at the time.

The recent update of the NRC began after an NGO called Assam Public Works filed a petition with the Indian Supreme Court, saying that over 4 million illegal migrants had been included in local electoral rolls and therefore needed to be removed. This led to judges directing the Indian government to restart the process of updating the National Register of Citizens in 2013. Two years later, the process was officially launched in Assam.

The controversial registry includes only those able to show they were in Assam before 1971, when millions fled to the state to escape Bangladesh's war of independence, and their descendants.

The politics of nationality

This step would help isolate immigrants from genuine Indian citizens, a demand put forward by many indigenous groups, including the All Assam Students' Union, an influential group that has been demanding the expulsion of Bengalis living in the region, many of whom are perceived as illegal immigrants, but have been culturally integrated in the region.

According to Sanjib Baruah, professor of political science at Bard College in New York, United States and author of the book, India against itself: Assam and the Politics of Nationality, "the international border between India and Bangladesh is the eastern border of the Partition that divided India and Pakistan in 1947. Communities of eastern Bengali descent — i.e. people from the region that constitutes Bangladesh today — are no strangers to Assam. They form a major element in Assam's population."

However, the porous international border between India and Bangladesh has led to undocumented immigration and created conflict, with many locals believing that illegal immigrants can vote and access rights similar to Indian nationals. Additionally, government measures to ensure that ancestral lands belonging to local ethnic communities stayed with them have had mixed effects, leading to conflict between locals and migrants.

"When the issue exploded into a long period of political turmoil in Assam from 1979 to 1985 there was a settlement between the Indian government and leaders of the campaign protesting the influx. A document called the Assam Accord was signed in 1985, and its content was later incorporated into an amendment to India's citizenship laws. In effect, it gives Indian citizenship to a large segment of these migrants — those who migrated to Assam before 1971," Baruah told DW.

The latest process for updating the NRC is mostly to confirm the status of people who entered Assam after 1971 — a process which has slowly gained momentum among local indigenous groups and others favoring migration.

"There has been a surprising level of consensus among political and ethnic organizations in Assam in favor of updating the National Register of Citizens (NRC), originally prepared in 1951. Even though the updating of the NRC was originally a demand by anti-migrant political groups, pro-migrant political organizations now support this exercise… Many people hope that the NRC will finally end false accusations against Indian citizens of being unauthorized Bangladeshi immigrants," Baruah says.

However, there has been increasing apprehension since four million people were left out of the first draft, published in July 2018, and it is likely that the final list will prove dissatisfactory to many groups and individuals. Additionally, people filing claims against their names being left out of the NRC have reported several problems regarding the submission of official documents, including illiteracy and failure to procure the needed certificates, like birth certificates, from authorities.

For example, Tridip Mandal, an experienced journalist from Assam working with the New-Delhi based news outlet Quint, is having a difficult time proving his wife's status as an Indian citizen. "Every person who calls Assam home had to apply. So we all applied," he said, explaining that his case was easy, because he found his grandfather's name in the 1952 electoral rolls.

His wife Sudipa is still struggling to file a claim because her father's documents could be had only from the administration of Assam's neighboring state, Meghalaya. "The officials in Meghalaya were also not very helpful. We finally managed to find her father's name in the 1966 electoral rolls in the Meghalaya CEC [Central Election Commissioner's] office. We are planning to file the claim if time permits," Mandal told DW. 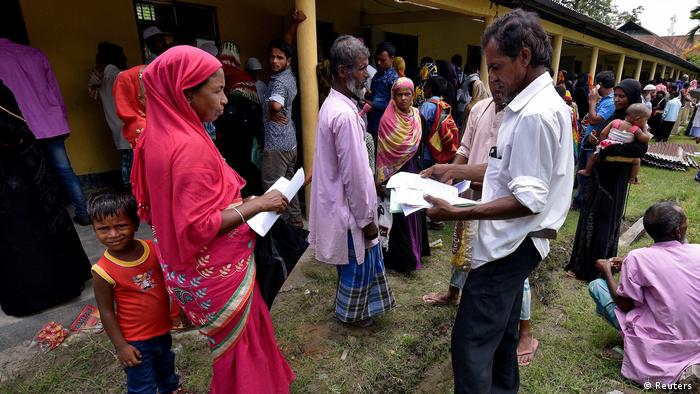 Vulnerable communities may be at a disadvantage, the UN fears

The United Nations has also emphasized that the complex process of lodging claims and objections and a lack of transparency could disadvantage vulnerable communities, including the impoverished and marginalized. "While there is not yet a precise breakdown regarding those excluded from the list, it appears that most are from ethnic, religious and linguistic minorities, and in particular Muslims and Hindus of Bengali descent," Fernand de Varennes, the UN's special rapporteur on minority issues, said in a press release sent to DW.

For people with a doubtful status, the problem is further compounded by the citizenship amendment bill that is currently being considered by the Indian parliament in New Delhi. "If the proposed amendment becomes law, unauthorized Hindu immigrants will no longer be considered illegal migrants. The ruling party in Delhi seems keen on passing this bill before the completion of the NRC process. If it passes, non-inclusion in the NRC will affect only Muslim unauthorized migrants and Hindu undocumented migrants will be given a path to Indian citizenship," Baruah says.

Although there seems to exist no government plan to repatriate those whose names will be excluded from the final NRC list, hardliners are increasingly calling for mass deportations. "There is a risk that persons not part of the NRC could become stateless, be at risk of deportation, or be subject to large-scale migration detention," according to a statement by the UN's special rapporteurs on the NRC in Assam.

Quint journalist Tridip Mandal says that those whose names don't appear on the final list will still have the option of approaching the foreigners' tribunal — a court that addresses citizenship-related complaints in Assam — and finally, the Supreme Court. "The whole process of legally declaring them as foreigners will take years. I don't expect too many people to be deported or put into detention camps. Maybe a few thousands, so people can see that the government has done something," he says.

According to Sanjib Baruah, deportation is unlikely, after Indian officials said that sending away those excluded from the list of citizens was not on their agenda, but "the prospect of hundreds and thousands of people being effectively declared non-citizens at the end of the NRC process raises the possibility of India creating a new form of precarious citizenship."

More than 4 million people have been excluded from a controversial citizenship list in the Indian state of Assam and could face deportation. Authorities say the register aims to weed out illegal migrants from Bangladesh. (30.07.2018)

Authorities in New Delhi are being criticized for a heavy-handed response to violent protests by Indian Muslims after senior government officials made remarks allegedly insulting the Islamic prophet Muhammad.

Why are Indians protesting against a new military hiring plan? 21.06.2022

India: Why violence keeps flaring up at the Assam-Mizoram border 14.10.2021

Deadly clashes between the police forces of neighboring northeastern Indian states in July highlight the urgency to resolve their border dispute. DW visited the site of the bloody confrontations.